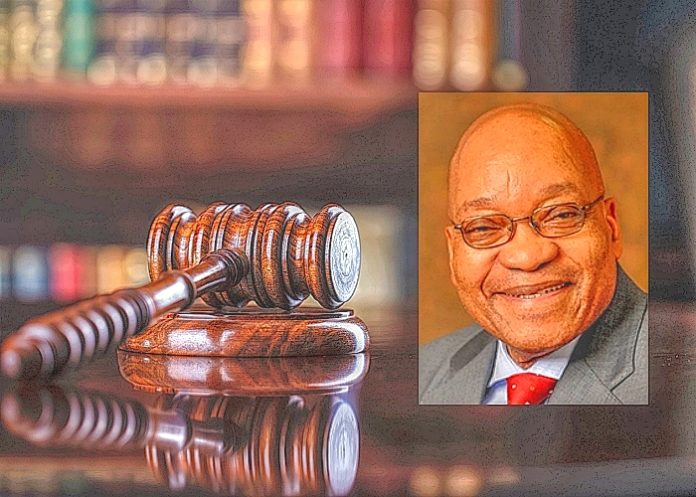 Former president Jacob Zuma failed in the KZN High Court (Pietermaritzburg) in an application to remove the prosecutor leading the corruption case against him, in part for the disclosure of Zuma’s confidential medical information, reports MedicalBrief. Judge Piet Koen reiterated his previous order that Zuma would have to submit to a medical examination by doctors of the state’s choice and to produce all relevant records and reports pertaining to his medical condition within a reasonable time.

Although Koen gave Zuma's arguments against prosecutor Billy Downer short shrift, it is unlikely the trial will proceed in April next year as scheduled, since Zuma’s team has already announced that it would appeal aspects of Koen’s judgment.

On the medical aspects, Zuma had raised two complaints. First, that Downer had leaked his confidential medical information to the media. Second, that he had unlawfully “and with intention to humiliate Zuma” sent a private doctor to examine him

On the matter of medical confidentiality, Koen said he was not persuaded that the disclosure of a letter from the former president's doctors in the state and defence’s court papers constituted “an actionable violation” of his rights to privacy. Koen said the right to privacy – like most fundamental rights, except the right to life – was not an absolute right, and was subject to certain limitations.

He said when the medical condition of an accused person was made an issue, the rights of members of the public, the proper administration of justice and the interests of justice generally must also be considered. “These are all considerations, which a court will still have to consider once fully ventilated and after all medical reports relating to Mr Zuma's treatment, medical parole, and the like, have been produced, should the medical condition of Mr Zuma be or remain a material issue for determination in further legal proceedings.”

The state, in August, said it was not satisfied with the “vague generalities” in the doctor’s letter from the SA National Defence Force’s Brigadier-General Dr Mcebisi Zukile Mdutywa, as Zuma wanted the case to be postponed. This had led to Koen ordering that the state could allow a “medical practitioner of its choice to examine Mr Zuma to assess his ability to stand trial for corruption and for that doctor to be a witness, if necessary”.

The letter is also the subject of the criminal complaint Zuma laid last week against Downer. Koen clarified that the state did not jump the gun by asking its doctors to examine whether Zuma was indeed fit to stand trial. In September, the state’s medical team said Zuma was medically fit to stand trial and also indicated that it had subpoenaed his medical records.

Regarding the latter, Koen said the complaint had its roots in an order he had made in August when the hearing of the special plea was postponed because Zuma had started serving his 15-month sentence. At the time, Zuma had been hospitalised and, in a written report, Mdutywa claimed he had a life-threatening illness and would require at least six months of care.

In terms of Koen’s order, Zuma’s doctors were supposed to provide a comprehensive medical report – which Koen said he still had not seen – and the state would be entitled to send its own doctors to examine him. Zuma’s lawyer claimed that after a delay in producing the report, Downer had sent a specialist, accompanied by the investigating officer, to examine him “prematurely”. But Downer denied this. Zuma did not respond to this denial.

“What one is left with are hearsay allegations that are untrue and used to launch an unjustified attack on Downer,” Koen said. “Zuma was required in terms of the Criminal Procedures Act to submit himself to such an examination. I shall give Zuma the benefit of the doubt that he subjectively might have believed or was possibly advised that he was not required to submit to a medical examination.

“I want to clarify that there are no conditions attached to the order. Should his medical condition arise as a relevant issue in this trial in future … then he is required to submit to such medical examination by doctors of the state’s choice and to produce all relevant records and reports pertaining to his medical condition within a reasonable time.”

Last week, Zuma laid criminal charges against Downer in relation to his alleged leaking to the media of his confidential medical information. But Koen has now cast doubts on the success of any such prosecution, saying at best it was an “irregularity”. “But I am not persuaded that the disclosure constituted an actionable violation of Mr Zuma’s rights.”

The record in question was the letter written by Mdutywa, which was attached to both Zuma’s application for an adjournment and Downer’s response to it. Downer admitted that the papers had been given to a journalist, with the proviso that they not be used until they were properly before the court later that day.

Koen said the letter did not contain anything significantly confidential and did not mention the medical condition from which he suffered. While Advocate Dali Mpofu, acting for Zuma, had submitted that it was unacceptable for Zuma’s relatives to find out through the media that he was suffering from a life-threatening illness, Koen said he was sure that Zuma himself would have shared his diagnosis with his family.

Outrage over medical parole for Zuma by outgoing Commissioner