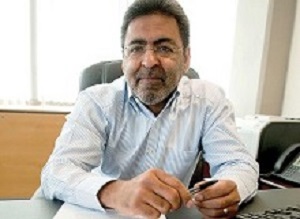 A culture of chicanery, subterfuge and sycophancy now permeates all the factions in government, writes Fareed Abdullah, a medical doctor and former CEO of the South African National AIDS Council, in Daily Maverick. This is the world in which the new National Strategic Plan to fight HIV, TB and STIs was written.

When I joined government in 1994 there was not only an openness to dissenting opinions; it was encouraged. When we met, month after month, as the Health MINMEC (meeting of Ministers, MECs and senior staff) with the then Minister of Health in the chair, there was uniform acceptance that finding solutions to the tasks that faced us in the complex health function required debate, discussion, disagreement. It was encouraged.

These days a different opinion is labelled disloyalty. This new culture has crept up on us slowly over the last 20 years but now public service has become synonymous with blind loyalty to the political head and those who are the most loyal bureaucrats become the most powerful. Intellectual honesty and competence fly out the window.

The medium of this loyalty are words of praise of government and ministers consistently belted out by civil servants who have become adept at spinning a good story. The most skilled bureaucrats master the art of doing this and wrap it up in lofty language and references to science and evidence but only when this suits them.

The political chicanery and subterfuge of the last few days has been met with disbelief yet it has been a long time coming. And it is this culture that permeates all the factions in government, including those who are now presenting themselves as the “unsullied”, that undergirds the sycophancy that overpowers the work of government.

This is the world in which the recently launched National Strategic Plan to fight HIV, TB and STIs (NSP 2017-2022) has been written.

A technical team was contracted to review progress and the latest evidence and make recommendations and a steering committee was established to provide a higher level strategic view to guide the technical work.

Instead, we had a political commissariat cherry picking technical work with the aim of making government look good while at the same time giving just enough airtime to the latest evidence to avoid criticism from technical constituencies inside and outside the country. This is also why important stakeholders such as the Treatment Action Campaign have not endorsed the NSP.

So, let’s look at the facts.

We have performed well as a country when it comes to the roll-out of ARVs and the prevention of mother-to-child transmission of HIV. Of this there can be no doubt.

There is also no doubt that the Minister of Health, Dr Aaron Motsoaledi, has been “on point” with upgrading our treatment policy first to start ART at 350 then 500 cells/µL. He has also been quick to announce in Parliament in 2016 that any South African testing HIV positive would be started on ART without delay as this was now the gold standard for antiretroviral treatment across the globe.

It is laudable that the NSP 2017-2022 makes a commitment to have 6.1-million people on ART by 2022. That will be no mean feat. Yet it is wise to think that unless there are sweeping reforms of the health services, including the widespread use of private GPs, this will be difficult to achieve. It is widely held that doubling the number of patients on ART will require additional clinics, more nurses, doctors, pharmacists and lab techs and ensuring adherence will require finances, NGOs and employing more lay counsellors and community health workers. This is little evidence that this is intended in the new NSP.

It is also not disloyal to point out that when the NSP is stripped off its verbiage when it comes to the scale up of treatment, what remains is the US government's plan for test and start in this country. That plan was written more than a year ago, and is already being implemented.

South African super-NGOs, also known as the PEPFAR partners, have been contracted to scale up test and treat in public sector facilities in 27 high-burden district municipalities in the country. Of course, this is in partnership with the Department of Health at national and provincial level but the driving force is the US government, its agencies in South Africa and its contracted NGO partners.

The NSP merely endorses the PEPFAR plan, and therefore does not have any intention of addressing the remaining 20 districts where PEPFAR will not be engaged and that yet remain the government’s responsibility.

While there is still room when evaluating how well we have done in the case of antiretroviral treatment to vacillate between two debating sides – is the glass half full… is the glass half empty, no room exists for this vacillation when it comes to HIV prevention.

The University of Cape Town’s Thembisa modelling outputs show the declines of around 27% over the last five years (with 270,000 new infections in 2016 alone) but even this team of modellers do not think that the declines are due to any successful prevention programmes. Thus, it is disingenuous for the drafters of NSP 2017-2022 to claim the decline in new infections as a country success.

The truth is that countries such as Zimbabwe, Namibia and Zambia have had much bigger declines in HIV incidence than South Africa. We know that we have not performed well when it comes to prevention. Our interminable debate on male medical circumcision delayed the start of the programme for more than two years. Our life skills programme in schools has been a monumental failure and the HIV testing and condom distribution collapsed during 2013 and 2014, only recovering in 2015 and 2016.

The government mass communications programme (Khomanani now Phila) was shut down for six years from 2010 to 2016 with a noticeable absence of basic HIV messaging to the public leading to a significant decline in basic HIV knowledge in the country with the largest epidemic in the world.

The effects of this parlous effort at prevention was documented by the Human Sciences Research Council, which found that condom use was going down in South Africa and multiple sexual partnerships and early sexual debut were on the rise.

The new NSP approaches HIV prevention with an awkward triumphalism. On the one hand, it claims successes like a decline in incidence and the She Conquers Programme. On the other hand, it cannot escape the facts and highlights 270,000 new infections in 2016 and 2,000 new infections in young women per week. It then does the right thing by setting a target for reduce these new infections to below 100,000 by 2022. This is a 63% reduction over five years. The technical team debated this as it was clearly aware of the fact that this was an ambitious target. How can you set a target of 63% when you could not achieve a prevention target of 50% in the NSP of the last five years?

The answer to this is that we have more prevention interventions than we have ever had before and we have better knowledge of the drivers of new infections than ever before. We are certain that putting everyone who tests positive on ART will reduce transmission to uninfected contacts.

Leigh Johnson at UCT’s modelling made a compelling case for optimising viral suppression in those already on treatment as the most effective prevention intervention. We also know that biomedical interventions work. These include PrEP, PEP and circumcisions and managing STIs. And we know through Gesina Meyer-Rath’s Investment Case Study that if we did it right and to scale, then condoms, reducing multiple concurrent partnerships and decreasing early sexual debut are both effective and cost-effective interventions.

What has also become clearer with each new study is the impact we can have by keeping girls in schools, child support or conditional cash transfers, reducing binge drinking and alcohol/substance abuse and addressing sexual assault and child abuse. These are the structural drivers of HIV and our prevention efforts will be more effective if we can do more of the smart and cost-effective interventions to address these structural drivers.

It is certainly possible to achieve such an ambitious prevention target to reduce new HIV infections to below 100,000. The NSP 2017-2022 contains the full list of these interventions but it lacks strategy and organisation. It contains all the right words but does not put on the table an outgoing or forthright plan to tackle prevention.

There is no game plan. There is no strategy to connect a wish-list of disparate, soloed interventions run by different departments. There are no resources or financing plans to reallocate resources. Nor is there an ambitious fundraising strategy. There is no planning methodology, no surveillance system and most importantly, there are no implementation arrangements. The NSP is so indolent in its approach that it does even break down the national target into provincial targets.

South Africa needs a prevention agency and the NSP 2017-2022 would have been the perfect medium to make a call for the policy makers to seriously address this major shortcoming in our HIV response. De facto, the new NSP retains the same arrangements for prevention that has existed for the last decade. Anyone who expects a different outcome with the same failed strategy is misjudging the need.

The Health Department is not able to co-ordinate the prevention response. It is not well suited to this task, does not have the expertise nor the enthusiasm and will do well to stick to its knitting. It has the challenge to doubling the size of its treatment programme in a system with multiple challenges. It must rebuild its TB programme from scratch – imagine missing 37% of all the TB patients in the country? – and it has to rebuild the STI treatment platform that has been completely decimated over the last 20 years.

The failure to address the implementation arrangements is a missed opportunity in this NSP and this may very well be its Achilles’ heel. Perhaps it is a symptom of the malaise we describe at the beginning of this article. Perhaps the NSP was there only for the day of the launch of the document. Perhaps the very thorough technical exercise was trumped by a couple of bureaucrats from government who cherry picked the words and phrases that their political bosses would have liked and muffled the real issues that had to be addressed by the new NSP.

This would certainly be in keeping with the times.

Fareed Abdullah is the former CEO of the South African National AIDS Council where he championed HIV prevention and programmes for key populations such as sex workers. He is a medical doctor and specialist in Public Health Medicine who is well-known for implementing the first public sector PMTCT and ART programmes in the Western Cape where he was Deputy Director General and head of the AIDS Programme from 1994 to 2006.