HomeA FocusHPCSA: All medical scheme assets should go to NHI
A FocusMedico-Legal

HPCSA: All medical scheme assets should go to NHI 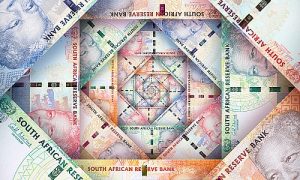 The Health Professions Council of SA (HPCSA) told Parliament that the current reserves of medical schemes – estimated at more than R90bn – must be transferred to the National Health Insurance (NHI), MedicalBrief reports. The Medical Schemes Act should be scrapped and the NHI should be the only health funding mechanism, but current medical cover providers would be allowed to continue as insurance products.

In a presentation to Parliament's Health portfolio committee, HPCSA president Mbulaheni Simon Nemutandani told MPs the system would work only if there were one financer of healthcare services. “The NHI must take over and all assets of medical schemes must be transferred to the fund. The Medical Schemes Act should be abolished in its entirety,” Die Burger reports.

The HPCSA said that private medical aid schemes should be allowed to exist, but be funded separately over and above tax paid for the NHI. The NHI should be the only funding mechanism for health in the country, funded with taxes from “all employed South Africans”.

Those seeking additional insurance for health cover would then apply for cover under the Insurance Act. Medical schemes should also only offer complementary coverage to services not covered by the NHI, he is quoted as saying in a Business Insider report.

Nemutandani said that the future role of medical schemes would be to offer complementary coverage to services not covered by NHI as determined by the Benefits Advisory Committee, reports News24. The Minister would determine through regulations in a gazette when this phase will ensue.

For NHI to succeed, health must be an exclusive national competence and that any section(s) of the Constitution that militate against this view must be amended. “The NHI should be about funding and contracting while service provision is left to other entities, public and private,” Nemutandani said.

Business Insider writes that at the start of May, the Council for Medical Schemes (CMS) said that the government’s planned NHI is in full development, with plans to move to phase 3 of the programme from next year. In its 2021/2022 annual performance plan, the CMS said that phase 3 will include mandatory pre-payment of the new scheme, contracting for accredited private hospital and specialist services, and finalisation and implementation of the NHI Act.

“This (current) period coincides with the beginning of the second phase of the implementation of the NHI,” the CMS said. “The CMS sees its role as playing both a supportive and a direct role in the delivery of all the activities according to the Act that should occur in the private sector.”

In its submission, the Board of Health Care Funders (BHF) said that current medical cover providers should be allowed to continue as insurance products and that several aspects of the Bill are problematic and susceptible to constitutional challenges. This included a provision in the Bill that transferred powers and duties of provinces to the national government.

The BHF also expected challenges from healthcare service providers and members of the public due to restrictions of their choices. Charlton Murove of BFH said some of the functions in the Bill, such as contracting units for primary healthcare services, amounted to duplications and unnecessary costs. He also raised concern about possible corruption.

South African Nursing Council (SANC) chairperson Raesetja Molepo said the council was in support of the Bill. However, “emergency medical services should be redefined as emergency health services to include emergency health services provided by all health professionals, doctors, allied health practitioners, including nurses. Healthcare professional should be defined to mean any persons registered with the health statutory councils in South Africa”, Molepo said.

During his budget vote speech last week, Health Minister Zweli Mkhize said the NHI's implementation remained one of the government's main objectives. He announced that R7.5 billion had been allocated to the NHI unit in the medium-term expenditure framework period to strengthen the system and contract service providers.