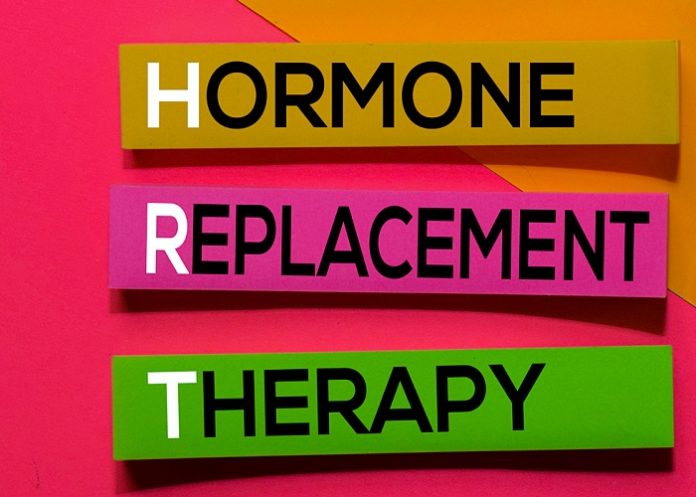 Hormone replacement therapy (HRT) is not linked to an increased risk of developing dementia, according to the largest study of its kind, in the British Medical Journal.

The treatment is used by millions of women worldwide to relieve menopausal symptoms such as hot flushes, sleep disturbance, mood swings, memory losses and depression.

In Britain, about 14% of women aged between 50 and 59 use HRT, and about 5% of those aged 40 to 49 and 60 to 69, researchers said. Some menopausal symptoms are similar to early signs of dementia. Previous research into HRT and dementia has been inconsistent.

To try to end years of uncertainty, researchers at the University of Oxford, Southampton and Nottingham investigated the risks of developing dementia for women using any of the forms of HRT commonly prescribed within the NHS.

Their study, involving more than 600,000 women over three decades, concluded that HRT is not linked to an increased risk of dementia.

“This large observational study found no overall association between use of menopausal hormone therapy and risk of developing dementia,” the authors wrote. “The finding was consistent across different types of hormones, doses, applications, and time of hormone therapy initiation.”

They used primary care databases to analyse HRT prescriptions for 118,501 women in the UK aged 55 and older diagnosed with dementia between 1998 and 2020, and 497,416 women matched by age and general practice, but with no records for dementia. Other factors, like family history, smoking, alcohol consumption and pre-existing conditions, were taken into account.

After adjusting for the full range of potentially confounding factors, the researchers found no overall associations between use of hormone therapy and risk of dementia, regardless of hormone type, application, dose, or duration of treatment.

There were different findings among some of the sub-groups within the study. In women younger than 80 who had been taking oestrogen-only therapy for 10 years or more, researchers found a 15% reduced risk of dementia.

However, an analysis of cases with a specific diagnosis of Alzheimerʼs disease showed a slight increase in risk associated with oestrogen- progestogen therapy.

Women taking oestrogen-progestogen therapy for between five and nine years had an 11% increased risk and those taking it for more than a decade were deemed to have a 19% heightened risk. Researchers described this as being equivalent to, respectively, five and seven extra cases per 10,000 woman years.

The study was observational, so cannot establish cause, and the researchers acknowledged some limitations, such as incomplete recording of menopausal symptoms, particularly for women registered after their menopause, that may have affected their results.

However,  the study used a large data sample from primary care records and is the first of its kind to assess overall risk for women exposed to different types of HRT.

In a linked opinion piece in the BMJ, Prof Pauline Maki, from the University of Illinois, and Prof JoAnn Manson, from Harvard Medical School, said the results should provide “reassurance” for women.

Objective
To assess the risks of developing dementia associated with different types and durations of menopausal hormone therapy.

Results
Overall, 16, 291 (14%) women with a diagnosis of dementia and 68, 726 (14%) controls had used menopausal hormone therapy more than three years before the index date. Overall, no increased risks of developing dementia associated with menopausal hormone therapy were observed. A decreased global risk of dementia was found among cases and controls younger than 80 years who had been taking oestrogen-only therapy for 10 years or more (adjusted odds ratio 0.85, 95% confidence interval 0.76 to 0.94). Increased risks of developing specifically Alzheimer’s disease were found among women who had used oestrogen-progestogen therapy for between five and nine years (1.11, 1.04 to 1.20) and for 10 years or more (1.19, 1.06 to 1.33). This was equivalent to, respectively, five and seven extra cases per 10, 000 woman years. Detailed risk associations for the specific progestogens studied are also provided.