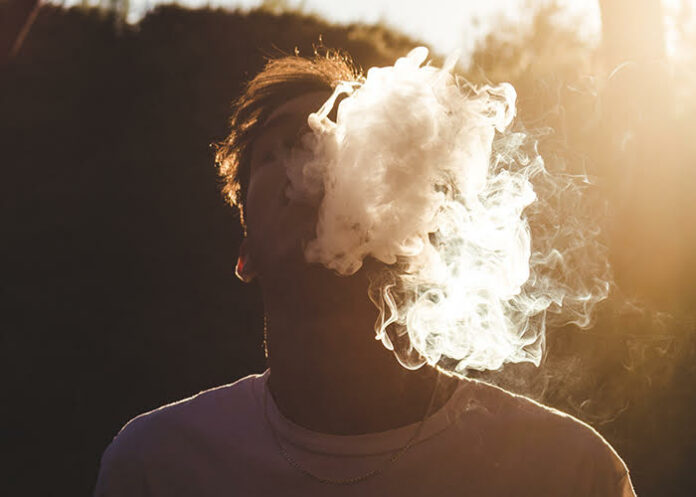 Cannabis vaping is increasing as the most popular method of cannabis delivery among US adolescents, as is the frequency – reported at six or more times per month – and rising faster than occasional use, found a study in Addiction.

Until now, time trends in vaping had largely been unexamined, including trends in use frequency, emerging disparities and co-occurring use of other substances, which are all critical for surveillance and public health programmatic efforts. The findings, by the Columbia University Mailman School of Public Health, New York.

“Heavy and frequent use of cannabis is increasing among American adolescents, and vaped systems for products for both cannabis and nicotine are growing in number so understanding the prevalence and patterns of frequent cannabis vaping is important public health information for prevention," said Katherine Keyes, PhD, professor of epidemiology at Columbia Mailman School.

“Given rising concerns about cannabis vaping safety, and potential for transition to cannabis use disorder, especially at frequent levels of use, these results indicate a necessity for public health intervention and increased regulation.”

The findings are based on the US-based representative annual survey, Monitoring the Future, a population of 51,052 school-attending adolescents. Schools were randomly selected and invited to participate for two years.

Keyes said tobacco use and e-cigarettes, as well as binge drinking, were strongly linked to frequent cannabis use – both vaping and non-vaping. The evidence indicates that young adults who use nicotine, especially through vaporisers, are more likely to subsequently use vaped cannabis.

In fact, adolescents who reported smoking and vaping nicotine on more than 10 occasions of binge drinking, were 42 times and 10 times more likely to report past 30-day cannabis use with vaping, respectively, compared to no use.

“Given that it is easier for adolescents to conceal vaping than cannabis smoking, this mode of cannabis use may facilitate more frequent use,” Keyes added.

Prevalence increased across grades, with the largest burden among high school seniors for whom past-30-day prevalence almost tripled from 5% (2017) to 14% (2019). The one-year increase in this grade from 2018 to 2019 (7.5% to 14%) is the second largest one-year increase in any type of substance use prevalence ever tracked by Monitoring the Future.

“This persisting prevalence of daily cannabis use, which in 2020 use was higher than any year since 1981, is of further alarm for several reasons,” observes Keyes. “Heavy levels of cannabis use are associated with adverse cognitive and social outcomes for youth, as well as long-term trajectories of drug use that may have adverse health and other consequences.”

Also concerning is that high levels of tetrahydrocannabinol (THC) can be delivered through vaping devices, which may lead to dangerous consequences for youth users with lower tolerance.

“In addition, of note, is the evidence that the increases we are seeing in vaping compared with smoking are concentrated among non-Hispanic white and higher socioeconomic status adolescents, the latter possibly reflecting the higher price point for vaping devices compared with other administration methods,” said Keyes.

“As cannabis legalisation continues across US states, and as products, delivery systems, potency and marketing proliferate within a for-profit industry, increased attention to youth trends, including investment in sustained and evidence-based prevention and intervention, is increasingly urgent.”

Frequency of adolescent cannabis smoking and vaping in the United States: Trends, disparities and concurrent substance use, 2017–19.

Aim
To quantify the trends in frequent and occasional cannabis vaping, demographic differences and concurrent nicotine and alcohol use.

Design
Observational study. Survey-weighted multinomial logistic regression models assessed trends and disparities in past 30-day cannabis use. Trends were assessed overall and by sex, race/ethnicity, parental education and urbanicity. Multinomial logistic regression models also estimated associations of cannabis use (none, use without vaping, use with vaping) with past 2-week binge drinking and past 30-day nicotine/tobacco use.

Participants
Participants in the national Monitoring the Future (n = 51 052) survey.

Discussion
Cannabis use without vaping appears to be declining among adolescents in the United States, while cannabis use with vaping is accelerating; frequent cannabis vaping is especially increasing, with consistent increases across almost all adolescent demographic groups. Cannabis use among US adolescents remains highly associated with other substance use.

Lung injuries not linked to higher rates of vaping, cannabis use – Yale