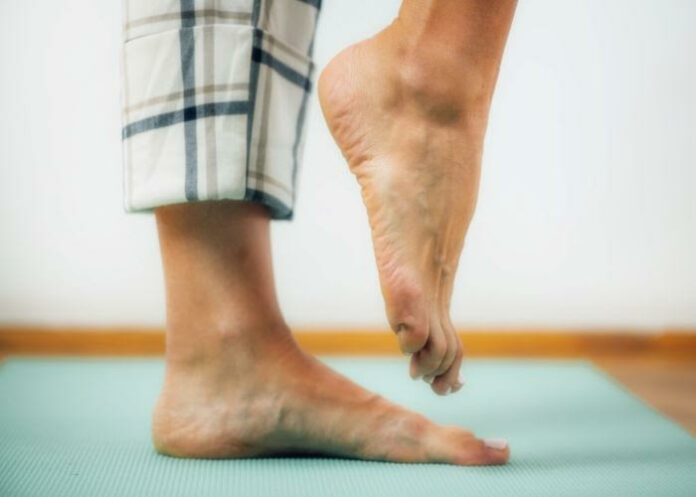 If you battle to stand on one leg, it could be a sign of something more serious than you think, with research suggesting that middle-aged and elderly people who cannot balance on one leg for 10 seconds are almost twice as likely to die within 10 years than those who can.

How well a person can balance can offer an insight into their health, said the study team. Previous research, for instance, indicates that an inability to balance on one leg is linked to a greater risk of stroke. People with poor balance have also been found to perform worse in tests of mental decline, suggesting a link with dementia.

Now an international group of experts from the UK, US, Australia, Finland and Brazil have completed a first-of-its-kind, 12-year study examining the relationship between balance and mortality. Although the research was observational and cannot establish cause, its findings were striking, reports The Guardian: an inability to stand on one leg for 10 seconds in middle to later life is linked to a near doubling in the risk of death from any cause within the next 10 years, showed the results, published in the British Journal of Sports Medicine.

The researchers, led by Dr Claudio Gil Araujo of the Clinimex Exercise Medicine Clinic in Rio de Janeiro, suggested a balance test should be included in routine health checks for older people.

Unlike aerobic fitness, muscle strength and flexibility, balance tends to be well-preserved until the sixth decade of life, when it starts to wane relatively rapidly. However, balance assessment typically is not included in health checks of middle-aged and older people, possibly because there is no standardised test for it. Until now there had been little hard data linking balance to clinical outcomes other than falls.

A total of 1,702 people aged between 51 and 75 and with stable gait were followed between 2008 and 2020 for the study. At the start, participants were asked to stand on one leg for 10 seconds without any additional support. To standardise the test, participants were asked to place the front of their free foot on the back of the opposite lower leg while keeping their arms by their sides and their gaze fixed straight ahead. Up to three attempts on either foot were allowed.

One in five (21%) failed the test. Over the next decade, 123 died of various causes. After accounting for age, sex, and underlying conditions, an inability to stand unsupported on one leg for 10 seconds was associated with an 84% heightened risk of death from any cause.

The researchers said the study had limitations, including that the participants were all white Brazilians, meaning the findings may not be more widely applicable to other ethnicities and nations.

Nevertheless, the researchers concluded that the 10-second balance test “provides rapid and objective feedback for the patient and health professionals regarding static balance” and “adds useful information regarding mortality risk in middle-aged and older men and women”.

Published in the British Journal of Sports Medicine in June 2022

Objectives
Balance quickly diminishes after the mid-50s increasing the risk for falls and other adverse health outcomes. Our aim was to assess whether the ability to complete a 10- s one-legged stance (10-second OLS) is associated with all-cause mortality and whether it adds relevant prognostic information beyond ordinary demographic, anthropometric and clinical data.

Methods
Anthropometric, clinical and vital status and 10-s OLS data were assessed in 1702 individuals (68% men) aged 51–75 years between 2008 and 2020. Log-rank and Cox modelling were used to compare survival curves and risk of death according to ability (YES) or inability (NO) to complete the 10-s OLS test.

Results
Overall, 20.4% of the individuals were classified as NO. During a median follow-up of 7 years, 7.2% died, with 4.6% (YES) and 17.5% (NO) on the 10-s OLS. Survival curves were worse for NO 10-s OLS (log-rank test=85.6; p<0.001). In an adjusted model incorporating age, sex, body mass index and comorbidities, the HR of all-cause mortality was higher (1.84 (95% CI: 1.23 to 2.78) (p<0.001)) for NO individuals. Adding 10-s OLS to a model containing established risk factors was associated with significantly improved mortality risk prediction as measured by differences in −2 log likelihood and integrated discrimination improvement.

Conclusions
Within the limitations of uncontrolled variables such as recent history of falls and physical activity, the ability to successfully complete the 10-s OLS is independently associated with all-cause mortality and adds relevant prognostic information beyond age, sex and several other anthropometric and clinical variables. There is potential benefit to including the 10-s OLS as part of routine physical examination in middle-aged and older adults.

The Guardian article – Balancing on one leg may be useful health test in later life, research suggests (Open access)