HomeA Focus‘Just a hernia’: The common operation with recurrence and complication rates stuck...
A FocusMedical Practice

‘Just a hernia’: The common operation with recurrence and complication rates stuck in the 1990s 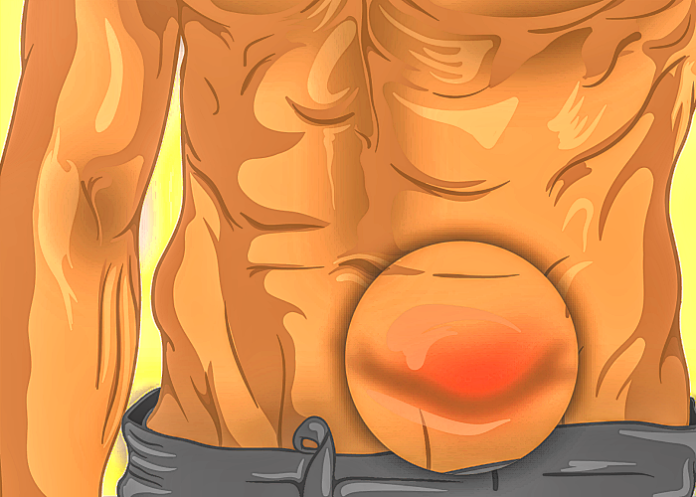 Hernia repair is one of the most common operations performed and is widely viewed as a simple procedure carrying minimal risk, writes MedicalBrief. Yet in the US, one-in-six procedures require a re-operation within 10 years and hernia recurrence has been reported to be as high as 60%, notes an analysis in JAMA Network.

The repeat hernia surgery rates have barely improved since the 1990s, when similar data revealed that about one in five patients underwent at least two surgeries to address the problem, writes Dr Ryan Howard, general surgery resident at Michigan Medicine, who is also involved with research for the Michigan Surgical Quality Collaborative Hernia Registry, in a research letter.

In contrast, complication rates have reached impressively low levels for other common operation, like cholecystectomy and hysterectomy. Current safe cholecystectomy initiatives are working to even further decrease a bile duct injury rate that currently sits around 0.3%, writes Howard.

Complications related to quality of life continue to be common. Hernia recurrence – the risk of the hernia coming back after surgery to fix it – has been reported to be as high as 60%.

Equally concerning, compared with a similar study from 2003 that found one in five patients underwent re-operation within 10 years, the current results suggest that even 20 years later, outcomes after this extremely common operation have only marginally improved.

In Medpage Today, Howard writes that hernia repair is generally thought of as a common operation, “a simple, straightforward procedure that carries minimal risk and that virtually any surgeon can perform safely” . Put another way, many see it as “just a hernia”.

In this context, it is crucial to redouble research efforts to understand the drivers of these outcomes and how to improve them. Ventral hernia is a common problem that makes up a large proportion of annual surgical volume and is associated with billions in healthcare spending every year. However, compared with other common conditions, “scant federal clinical research dollars have been awarded to ventral hernia-associated investigation”.

If patient outcomes for this common operation are going to be improved, more research, and nuanced research, is needed. One of the most obvious ways to continue pushing research forward in this realm is to capture the heterogeneity that exists in hernia management, writes Howard.

“Hernias come in all shapes and sizes, but in many databases, a patient with a small port site hernia and a patient with a massive infected incisional hernia both get coded as ‘ventral hernia’. Therefore, accurately capturing this heterogeneity is paramount to improving hernia management. A number of efforts in the US are already doing precisely this.

The Abdominal Core Health Quality Collaborative maintains a national registry of surgeon-entered, voluntarily submitted hernia repairs that include fundamental characteristics such as hernia size, hernia location, mesh type, and a number of patient characteristics such as body mass index, smoking status, and diagnosis of diabetes, all of which are intimately related to hernia outcomes.

To further expand these efforts beyond voluntarily submitted cases, the Michigan Surgical Quality Collaborative Hernia Registry (MSQC-HR) was launched in 2020 to capture clinically rich hernia data at a population level. Akin to European hernia registries, the MSQC-HR will enable large-scale hernia research, but with the nuance necessary to meaningfully inform and improve practice. By capturing granular details regarding hernia size, location, mesh characteristics, and other critical factors, these efforts will help us understand the trajectory and outcomes of patients in the context of their hernia.

Already, this effort has revealed striking variation in mesh use, operative approach, patient selection, and short-term outcomes like complications, which suggests there is ample room for evidence-based practice standardisation and improvement, writes Howard.

“Finally, it will be critical to augment these results with long-term clinical and patient-reported outcomes. As we found in our recent study, a patient’s trajectory after ventral hernia repair plays out over years, not weeks.

“Longitudinal follow-up regarding patients’ quality of life, functional limitations, clinical and operative hernia recurrence, and long-term complications like chronic pain and infection, are needed to understand the full picture. To the extent that many of the outcomes after ventral hernia unfold more like chronic conditions than acute postoperative events, we must make routine collection of these conditions standard. Only then can we start to understand how changing something we do in the operating room can ensure the best possible result 5, 10, or even 20 years later, Howard writes.

The primary outcome was reoperation for hernia recurrence, defined using the same ICD-9 or ICD-10 and CPT codes used to identify the index operation, as well as codes specific to recurrent hernia repair. Reoperation was identified during the follow-up period up to 10 years after the index hernia repair using patients’ unique Medicare Beneficiary Identifier.

A Cox proportional hazards model was used to calculate the cumulative incidence of hernia recurrence while adjusting for patient age, sex, race and ethnicity, 29 Elixhauser comorbidities, hernia type (ventral or incisional vs umbilical), and surgical approach (open vs minimally invasive). Patients were censored if they died, disenrolled from Medicare, or reached the end of the study period. Analyses were performed using Stata version 15.1 (StataCorp). No covariates were missing. This study of deidentified patient data was exempted from regulation by the University of Michigan Institutional Review Board and the need for informed consent was waived.