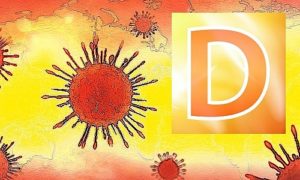 A widely promoted preprint, claiming that vitamin D led to an “80% reduction in need for ICU and a 60% reduction in deaths” has been removed by The Lancet. Meanwhile, in another Lancet journal, a systematic review to May 2020 found vitamin D supplementation was safe and reduced the risk of acute respiratory infections, although the effect was small.

The preprint was posted to Preprints with The Lancet on 22 January. Retraction Watch reports that David Davis, a Conservative member of the UK parliament, tweeted: “This is a very important study on vitamin D and COVID-19. Its findings are incredibly clear. An 80% reduction in need for ICU and a 60% reduction in deaths, simply by giving a very cheap and very safe therapy – calcifediol, or activated vitamin D.”  The posting was retweeted and liked tens of thousands of times.

Almost immediately, the paper began attracting criticism, particularly about its claims. Here’s one comment on the preprint site:

Although the paper claims it is a randomised study, it also says that all patients treated in 5 wards received calcifediol treatment, while all three of the other wards received no calcifediol. How this study can be considered randomised is therefore questionable (maybe the wards were randomised but that is a very poor level of randomisation).

It is also presumably open label, meaning that the attending physicians and decision makers would have been well aware whether the patients were receiving calcifediol or not. Its concerning to me that that in the calcifediol group more patients apparently died than were referred to the ICU. In the control group approx. 50% of the patients referred to the ICU died (assuming all those who died were ICU patients).

This raises some troubling questions about the decision making process in the calcifediol group, were patients not referred to ICU who should have been?

Others, including Aurora Baluja, an anaesthesiologist and critical care doctor in Spain, raised concerns on Twitter. On 15 February, The Lancet Infectious Diseases asked Baluja for an “urgent” review of the paper.

Retraction Watch reports that in that review, Baluja raised questions about the alleged randomisation, and also whether the trial was properly registered – a requirement for publication by most medical journals. Baluja also asked for the preprint to be taken down from The Lancet’s servers and posted instead to medRxiv, “to allow for continuous improvements and extensive prepublication review.”

The Lancet Infectious Diseases has removed the preprint, replacing it with: We have removed this preprint due to concerns about the description of the research in this paper. This has led us to initiate an investigation into this study. The comments that have been posted on this preprint will remain available on this page. Please note that this comment thread is now closed to further posts.

As COVID-19 swept the world, so did misinformation about how to treat it. But, BBC News reports, sometimes misinformation can develop even around ideas that have some truth to them – and that can be the most difficult kind to tackle.

BBC News reports that there are many treatments that have been suggested for COVID-19. Hydroxychloroquine, Ivermectin and vitamin D – all are, or were, being studied. Suggesting that a treatment could be effective and then finding it isn't upon further research, is all part of the normal scientific process.

But online, early or low-quality research can be shared out of context, BBC News reports. And the confusion this creates can be exploited by people promoting conspiracy theories.

The report says there is some logic behind why vitamin D might be useful in treating or preventing COVID. It plays a role in immunity and it's already recommended that everyone in the UK take the supplement in the winter, with those at higher risk of vitamin D deficiency advised to take it all year round. So far, no research has shown a convincing enough effect to support higher doses to prevent or treat illness – although this doesn't mean that won't change in the future.

So, BBC News reports, it's understandable it was taken up as advice by many online. Yet some have gone much further, suggesting on Reddit forums that governments are "barely mentioning" vitamin D's effectiveness, instead focusing on "vaccines and police state tracking"; or alleging the vitamin is being ignored because the World Health Organisation is in the "pay of Big Pharma".

But governments have taken up other cheap, effective treatments like dexamethasone, once proven. And vitamins themselves are a multi-million-pound industry.

The report says many studies have shown an association between vitamin D and COVID outcomes, but the evidence is largely observational. This isn't gold standard evidence – that would a need randomised control trial.

The report quotes Baluja as saying that the kind of "extreme" effect found in the (retracted) paper is "never found" in a randomised controlled trial, making it highly likely to be the result of bias.

She said, although vitamin D deficiency was a "well-established risk factor" among people who die in intensive care, "vitamin D supplementation alone has always failed to reduce the risk of those patients".

The report says Vitamin D is relatively safe (although high doses can lead to kidney stones) so it may not appear to be the most harmful of misinformation. The danger is when people suggest the supplement is a miracle cure and should be substituted for vaccines, masks and social distancing.

Published in The Lancet Endocrinology & Diabetes on 30 March 2021

Abstract
Background
A 2017 meta-analysis of data from 25 randomised controlled trials (RCTs) of vitamin D supplementation for the prevention of acute respiratory infections (ARIs) revealed a protective effect of this intervention. We aimed to examine the link between vitamin D supplementation and prevention of ARIs in an updated meta-analysis.
Methods
For this systematic review and meta-analysis, we searched MEDLINE, Embase, the Cochrane Central Register of Controlled Trials, Web of Science, and the ClinicalTrials.gov registry for studies listed from database inception to May 1, 2020. Double-blind RCTs of vitamin D3, vitamin D2, or 25-hydroxyvitamin D (25[OH]D) supplementation for any duration, with a placebo or low-dose vitamin D control, were eligible if they had been approved by a research ethics committee, and if ARI incidence was collected prospectively and prespecified as an efficacy outcome. Studies reporting results of long-term follow-up of primary RCTs were excluded. Aggregated study-level data, stratified by baseline 25(OH)D concentration and age, were obtained from study authors. Using the proportion of participants in each trial who had one or more ARIs, we did a random-effects meta-analysis to obtain pooled odds ratios (ORs) and 95% CIs to estimate the effect of vitamin D supplementation on the risk of having one or more ARIs (primary outcome) compared with placebo. Subgroup analyses were done to estimate whether the effects of vitamin D supplementation on the risk of ARI varied according to baseline 25(OH)D concentration (<25 nmol/L vs 25·0–49·9 nmol/L vs 50·0–74·9 nmol/L vs >75·0 nmol/L), vitamin D dose (daily equivalent of <400 international units [IU] vs 400–1000 IU vs 1001–2000 IU vs >2000 IU), dosing frequency (daily vs weekly vs once per month to once every 3 months), trial duration (≤12 months vs >12 months), age at enrolment (<1·00 years vs 1·00–15·99 years vs 16·00–64·99 years vs ≥65·00 years), and presence versus absence of airway disease (ie, asthma only, COPD only, or unrestricted). Risk of bias was assessed with the Cochrane Collaboration Risk of Bias Tool. The study was registered with PROSPERO, CRD42020190633.
Findings
We identified 1528 articles, of which 46 RCTs (75 541 participants) were eligible. Data for the primary outcome were obtained for 48 488 (98·1%) of 49 419 participants (aged 0–95 years) in 43 studies. A significantly lower proportion of participants in the vitamin D supplementation group had one or more ARIs (14 332 [61·3%] of 23 364 participants) than in the placebo group (14 217 [62·3%] of 22 802 participants), with an OR of 0·92 (95% CI 0·86–0·99; 37 studies; I2=35·6%, pheterogeneity=0·018). No significant effect of vitamin D supplementation on the risk of having one or more ARIs was observed for any of the subgroups defined by baseline 25(OH)D concentration. However, protective effects of supplementation were observed in trials in which vitamin D was given in a daily dosing regimen (OR 0·78 [95% CI 0·65–0·94]; 19 studies; I2=53·5%, pheterogeneity=0·003), at daily dose equivalents of 400–1000 IU (0·70 [0·55–0·89]; ten studies; I2=31·2%, pheterogeneity=0·16), for a duration of 12 months or less (0·82 [0·72–0·93]; 29 studies; I2=38·1%, pheterogeneity=0·021), and to participants aged 1·00–15·99 years at enrolment (0·71 [0·57–0·90]; 15 studies; I2=46·0%, pheterogeneity=0·027). No significant interaction between allocation to the vitamin D supplementation group versus the placebo group and dose, dose frequency, study duration, or age was observed. In addition, no significant difference in the proportion of participants who had at least one serious adverse event in the vitamin supplementation group compared with the placebo group was observed (0·97 [0·86–1·07]; 36 studies; I2=0·0%, pheterogeneity=0·99). Risk of bias within individual studies was assessed as being low for all but three trials.
Interpretation
Despite evidence of significant heterogeneity across trials, vitamin D supplementation was safe and overall reduced the risk of ARI compared with placebo, although the risk reduction was small. Protection was associated with administration of daily doses of 400–1000 IU for up to 12 months, and age at enrolment of 1·00–15·99 years. The relevance of these findings to COVID-19 is not known and requires further investigation.
Funding
None.

Still no definitive answer on Vitamin D3 to treat COVID-19