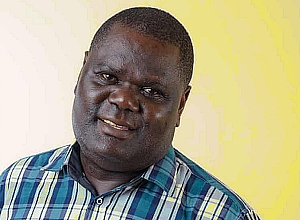 The death of Ugandan neurosurgeon John Baptist Mukasa, who died of COVID-19 in June, has been a tremendous blow to the country, say colleagues, patients and friends.

One of the few neurosurgeons in Uganda, Mukasa declined lucrative opportunities to work overseas, dedicating himself to training a new generation and going the “extra mile” for patients, according to The Guardian.

People across the country have paid tribute to the man who always, as a colleague said, went “an extra mile to understand the social factors affecting his patients”.

Kennedy Owuor first fell over in his hotel room in Addis Ababa, Ethiopia’s capital, before headaches followed. He initially brushed off the symptoms, but soon started experiencing speaking and moving.
A trip in August 2020 to northern Uganda, as part of his duties working for the UN’s food agency, had to be interrupted. He was instead driven for 12 hours to UMC Victoria Hospital in Kampala.

There, John Baptist Mukasa, one of only 13 neurosurgeons working in Uganda, performed surgery that took three hours and saved his life. Owuor has since fully recovered, but in June, Mukasa died aged 54 of COVID-19, the loss of his expertise a huge blow to a country of 47 million people.

Owuor, the Kenyan saved by Mukasa, says the news of his death hit him “like a thunderbolt”. “We had become friends. We exchanged WhatsApp messages regularly and also spoke on the phone. His passing is such a big loss for Uganda considering the country does not have very many neurosurgeons,” he said.

Mukasa visited Owuor daily while he recuperated in hospital in the weeks after surgery, notes The Guardian. “He always had a professional, humane and reassuring way of dealing with my concerns,” Owuor added.

Mukasa worked primarily at the Mulago National Referral Hospital in Kampala, and was a senior lecturer at Makerere University. He specialised in neurotrauma, paediatric neurosurgery and epilepsy.

Neurosurgery was virtually nonexistent until the late 1960s in Uganda, according to a 2017 scientific report. Until the early 2000s, there were only a couple of Ugandan neurosurgeons, while foreign doctors filled the gap. Mukasa was part of a second wave of neurosurgeons trained overseas, graduating in medicine from Lugansk State Medical University in Ukraine. He later went to China to do his postgraduate degree at Wuhan’s Huazhong University of Science and Technology.

Juliet Sekabunga Nalwanga, Uganda’s first female neurosurgeon, was an intern when she met Mukasa. “He was one of my mentors and teachers. He was a generous, jolly and interactive person and as a team we are still recovering from his loss,” she said.

“He would drive in and out of the hospital, at night and on holidays, sitting in the operating room while observing our work, humbled always to learn from us too. This we will remember.”

Mukasa is survived by his wife and two sons.

Drone service firm in talks to deliver drugs in Uganda