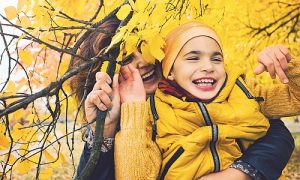 Cerebral palsy (CP) diagnoses are the major factor in the billions paid in medical negligence claims by South Africa’s provincial health services and calculating lifetime cost of care is the key determinant for awards, writes MedicalBrief. An analysis in the SA Medical Journal found that the mortality rates for South African children with very severe CP are around 20% higher than in high-income countries.

A team of researchers found that over the five years from 1 April 2014 to 31 March 2019, total claims payments made by provincial health departments amounted to an estimated R6.29 billion.

Estimates of the contribution of cerebral palsy (CP) claims to the above-mentioned totals are unknown, but on the basis of a substantial body of Superior Court rulings, they are likely to be the main contributing factor. In the UK, it has been estimated that about half of the cost of litigation in the National Health Service relates to claims for CP.

The expected lifetime cost of care for people with severe CP is substantial, and the likely duration of survival is an essential determinant of litigation awards. There is a large body of published material on survival of children with CP in high-income countries including Australia, Canada, Japan, Sweden, the United Kingdom and the United States.

In SA litigation, it has become common to compute lifetime cost-of-care awards for children with CP on the assumption that proportionate reductions from normal life expectancy indicated by published studies in high-income countries can be applied to the normal SA general population figure. While this approach has intuitive appeal, its validity has not yet been confirmed with empirical data.

This is the first report on systematically collected data on gross motor function and survival of SA children with CP.

Survival of children with severe CP in SA is poorer than that in high-income countries. The probability of survival to age 10 years estimated in the present study was similar to those reported in studies from high-income countries, but our estimates of the probabilities of survival to older ages were lower. Averaged across age, mortality rates for persons with the most severe forms of CP in SA were ~20% higher than those reported for persons with comparably severe disabilities in the US.

It may be noted that the children studied here represent a select group who were involved in litigation. As noted, the proportion of children with very severe motor disabilities was much higher in the present study than has been documented in both population-based birth registers and service-based registers from high-income countries. It is possible that this reflects a general difference in the distribution of severity of disability in middle-income versus high-income countries, but it may also reflect differences between cases in SA that ultimately lead to litigation versus those that do not.

There is no national registry or other standardised system for monitoring CP in SA, and the extent to which our results may apply more generally to SA children with CP (outside of litigation settings) is not yet clear. By the nature of the data collection in the present study, our results are directly relevant to the estimation of life expectancy of SA children with CP who are involved in litigation.

As noted, these indicate that mortality rates for children with very severe CP are ~20% higher than those documented for children with comparably severe disabilities in the USA. This is broadly consistent with a 10 – 15% reduction from the US-based life expectancy estimates. It is notable that the proportionate difference between the normal general population life expectancies in the two countries is also ~10 – 15%, which adds empirical support for the proportionate approach to life expectancy estimation that has been used in SA litigation matters over the past decade.

The South African public healthcare sector has experienced a surge in birth injury claims in recent years, particularly in respect of cerebral palsy (CP). The lump sum settlements in these matters are a function of the expected survival curve of the individual concerned.
It is known from international studies that the life expectancy of children with CP is shorter than that of the general population, and depends on the pattern and severity of their disabilities. However, empirical estimates of survival for children with CP in SA are not available.

Objectives
To construct survival curves according to the pattern of gross motor skills for CP children in SA and compare these with international studies.

Methods
We collected data on mortality and functional status for 339 CP children on whose behalf claims for medical negligence had been instituted. Motor disabilities were classified according to the five-level Gross Motor Function Classification System (GMFCS). Children who were unable to walk unaided were further classified according to more basic motor skills, including the ability to lift their heads or chests in the prone position, rolling and sitting. Mortality rates were calculated and survival curves were estimated using the Kaplan-Meier method.

Results
No deaths were observed among 119 children in GMFCS levels I – IV. Among the 220 children in GMFCS V, there were 20 observed deaths. The proportions surviving to ages 10 and 15 years were 85% (standard error (SE) 5%) and 55% (SE 11%), respectively. The former is comparable to what has been reported for children in California and Sweden, but the survival to age 15 is lower. Among 82 children who could not lift their heads in the prone position, there were 11 observed deaths for a mortality rate of 48.5 (95% confidence interval (CI) 24.2 – 86.9) deaths per 1 000 person-years. Among 72 children who could lift their heads but not their chests, there were 6 observed deaths for a mortality rate of 33.5 (95% CI 12.3 – 73.0) deaths per 1 000 person-years. These mortality rates are 22% and 15% higher than the corresponding figures documented for children with comparable abilities and disabilities in California.

Gauteng Health's negligence claims up by almost 40% to R29bn