HomeMPS ColumnLoad shedding: the doctor is out (of electricity)
MPS Column

Load shedding: the doctor is out (of electricity) 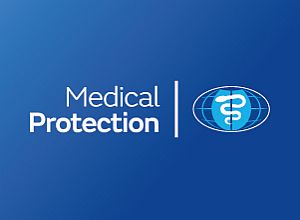 The recent escalation of power outages, or load shedding, to stage six, have largely been caused by a wildcat strike by Eskom workers – this is worth noting, as since prior to 2010, South Africa has relied on Eskom generated power for more than 80% of its generated electrical needs and 70% of that is derived from coal-fired power stations.

For healthcare professionals, your legal and ethical obligations surrounding power outages were previously outlined by MPS but the key lessons of cardinal importance to all facing power outages have now been expanded:

• Be aware of the ethical and legal position of operating without adequate power back up;
• Acknowledge the dangers of operating against the better judgment of the hospital authorities where adequate power cannot be assured, as well as those of operating against your own better judgment if unduly pressurised by the hospital authorities; learn to say “no”;
• Know the laws around the presence of replacement power sources in clinical situations;
• Understand the types of alternative power sources at your institution and the time period that they will need to be operative; and
• Become familiar with the maintenance schedules of the generating capacity as well as the diesel stock of your institution and how many reserve days of diesel are on site.

Over the past two years, the power situation has morphed more into living with the recurrent certainty of uncertain power supplies.

Doctors have found some solace from the more routine presence both in private and public hospitals, of electrical replacement and generating capacity for at least 24 hours, and in many of the private facilities, for far longer.

Reports in the media, however, paint a hospital picture that is far from safe, in that leading large state hospitals do not have sufficient backup energy generating capacity to maintain even their essential equipment like incubators, respirators, lighting, air conditioning, dialysis units and steam generators.

Huge reliance is also placed upon the ability of a backup Uninterruptable Power Supply (UPS) to store Eskom power, but with load shedding of four hours becoming the order of the day, these UPS batteries cannot fully recharge, resulting in serial dilution of their available power outputs.

The Western Cape Government’s Disaster Management (WCDM) co-operates closely with the various private and state hospitals in the metropole and effectively maintains Eskom power to the areas housing these installations, wherever and whenever possible.

This means that certain properties adjacent to those hospitals also do not experience as severe load shedding, but this is a result of old fashioned combined electrical distribution in those areas, which cannot effectively be split as of now.

A further new and totally different set of difficulties has now overtaken the UPS problem, as, until the private producers, wind and solar come on stream in earnest, all supplemental non-Eskom generating capacity (i.e. non-UPS based electricity) rests with diesel-fuelled Essential or Baseload Generators feeding into areas of need in hospitals and medical centres, where this power is also able to be stored by banks of batteries.

WCDM also interacts with hospitals both private and public to keep a log of all diesel supplies per institution, and have their own tanker to move emergency diesel to needy medical areas, when and where necessary.

As the oil price soars, the rate limiting step now both for government and the private sector is affording, acquiring and protecting diesel fuel. Two power stations, namely Ankerlig and Gourikwa, both in the Western Cape, collectively burn 4,000,000 litres of diesel per day (120,000,000m litres of diesel per month, currently $120 per barrel).

Cognisance must be taken of these new factors, which previously were regarded as left field:
• The sustainable supply, delivery, and cost of diesel;
• The possibility of road closures or obstructions by a variety of people for a variety of geopolitical or nefarious reasons; and
• The increasing element of oil tankers being hijacked, and their diesel stolen and resold on the black market.

In the past, government plans were dusted off to declare diesel a national asset and to limit fuel at the pumps to 50 litres per vehicle per fill up; even the use of the Defence Force to escort tankers and guard fuel depots was on the table.

The impact on healthcare

Power outages have taken on a whole new socio-economic and politico-economic agenda, which has a direct impact on micro, small and medium sized businesses, which collectively make up most of the preventative, non-hospital-based side of the medical profession.

Primary care doctors can run using UPSes and inverters, as there are few if any procedures conducted electively in a primary setting that place a patient’s life at risk if the replacement power runs out.

Dentists may find it more difficult but seldom run the risk of loss of life in the event of power outages.

To non-hospital based medical professionals it has become more of a commercial and existential matter, especially to primary care colleagues. Despite trying to create order out of power supply chaos, sticking to scheduled rotational load shedding is not always possible, as we have all experienced repeatedly recently.

Business continuity is threatened as the periods of outages get progressively longer and, as is the problem in the state hospitals, the ability of UPS equipment to recharge fully before the next load shed becomes limited, leaving practitioners with progressively less and less reserve emergency power.

The need for more banks of inverters and batteries to serially charge and discharge reserve power, whether derived from solar or from Eskom, becomes unavoidable and the costs begin to further spiral out of control – as now you need multiple batteries in your UPS, at R5,000 per battery.

Power installations can be homegrown or professionally done, and even wired into your distribution board so that switch-over is seamless, but problems abound. You may try a small generator, not too expensive but very noisy, messy and inconvenient. And it needs petrol or diesel.

We all accept that, at all costs, we must assist Eskom to prevent a national shutdown. It could take two to three weeks to restart the grid and would come with massive problems as old and defunct transformers ignite and blow up. Power outages are, however, all pervasive and have no doubt added to the already very harsh burden on the medical profession.

As we emerge from the fifth COVID-19 wave, we are all aware of professional burnout, which has plagued us for the past 30 months. Medical Protection offers a counselling service 24/7 for members who find themselves overstretched by circumstances.

Power outages may just tip the balance for those who are already struggling to cope.

Seeking clarity from HPCSA on telehealth

The need for medico-legal reform: A welcome chance to speak up