The long-term impact of spanking 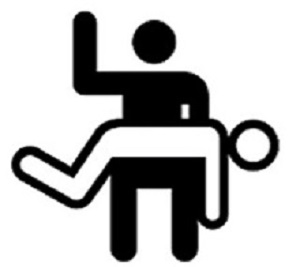 Past research has indicated that physical punishment, such as spanking, has negative consequences on child development. However, most research studies have examined short-term associations – less than one year – between discipline and development. Now, researchers at the University of Missouri have found that physical discipline experienced during infancy can negatively impact temperament and behaviour among children in the fifth grade and into their teenage years.

"Long-term studies on the links among parenting, temperament and children's social behaviours have been limited, especially among racially diverse, low-income populations," said Gustavo Carlo, Millsap professor of diversity at MU and director of the MU Centre for Family Policy and Research. "Our findings show that differences exist in the roles of parenting, temperament and self-regulation and how they impact a child's development."

Carlo's team analysed data from 1,840 mothers and children enrolled in the Early Head Start Research and Evaluation Project. All participating families were at or below the federal poverty level and identified as either European American or African American. Information was collected when children were approximately 15 months old, 25 months old and in the fifth grade. Researchers used surveys of mothers and children, home visits and interviews with fifth grade teachers to complete the study.

The researchers found that if African-American children experienced severe punishment at 15 months they were more likely to exhibit increased aggressive and delinquent behaviours in the fifth grade. They were also less likely to show positive behaviours, such as helping others. No link was found between punishment and negative emotions for European-American children. Instead, among European- American children, negative emotions, such as irritability, predicted such outcomes. For both groups, good self-regulation predicted better behavioural outcomes.

"Our findings show how parents treat their children at a young age, particularly African-American children significantly impacts their behaviour," Carlo said. "It is very important that parents refrain from physical punishment as it can have long-lasting impacts. If we want to nurture positive behaviours, all parents should teach a child how to regulate their behaviours early."

Carlo suggests that this research will help parents, educators and other resource providers understand well-being and resiliency in low-income, racially diverse children.