Look to Scotland and New Zealand on criminal liability of doctors, urge experts 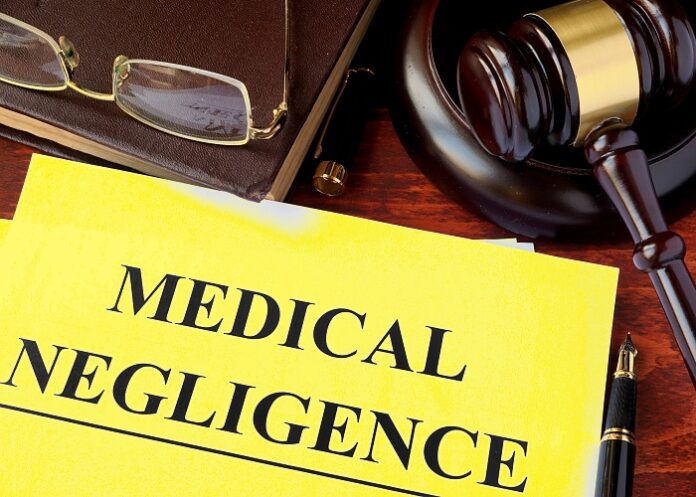 South Africa should legislate a higher threshold, as found in the Scottish law and in the New Zealand legal system, to findings of recklessness or gross negligence, write two legal academics in The Conversation.

The SA Medico-Legal Association has called for urgent review of the present law in assessing the criminal culpability of healthcare practitioners, saying that the ramifications of not reforming this can be disastrous. In November last year, the South African Medical Association (SAMA) pleaded for the implementation of specialised medical courts to deal with medico-legal cases.

Writing in The Conversation, Henry Lerm, Adjunct Professor in the Department of Criminal and Procedural Law, Nelson Mandela University, and Ethelwynn Stellenberg, Associate Professor in Nursing, Stellenbosch University, say the coalition cannot see who benefits from the existing law, and that recent cases have again demonstrated the deficiencies the current legal framework has with medical cases.

In November 2021 the South African Medico-Legal Association joined leading healthcare organisations in South Africa in urging the government to review the culpable homicide law and its application in healthcare settings.

The SAMLA represents medical and legal practitioners, many of whom also belong to the other healthcare bodies involved in this matter. They wrote to the Minister of Justice and Correctional Services, suggesting that the South Africa Law Reform Commission should review this complex area of law. Such a review would benefit healthcare professionals as well as patients.

The current law in South Africa to prove that healthcare practitioners are guilty of culpable homicide is set out in the common law and the National Health Act No. 61 of 2003. It must be shown that they deviated from their duty of care, leading to the foreseeable death of a patient. In addition, the prosecutor needs to prove unlawfulness and negligence.

This is a low threshold for criminal culpability. Even if the healthcare practitioner acts in good faith, or the error of judgement is slight, it can be relatively easy for the prosecution to formulate charges and secure a criminal conviction. Even if the healthcare practitioner is acquitted on the charge, he or she suffers a huge reputational risk. This can have an adverse affect on their practice.

Practitioners fear arrests and being charged with culpable homicide even for minor mistakes, including slips and lapses. This may happen even to the best trained practitioners. And in the public sector, inadequate infrastructure, including obsolete medical equipment, and understaffing, may increase the risk of healthcare practitioners making mistakes. Practitioners are also concerned that a culture of fear, where prosecutions appear to be indiscriminate, may result in an exodus of practitioners – something South Africa cannot afford.

We are seeking support from politicians to bring about law reform in South Africa.

Until recently, prosecutions of healthcare practitioners were sparse in South Africa. But law enforcement agencies, including the South African Police Service and the National Prosecuting Authority, now appear to be more eager to proceed with such cases. In 2019 there were two separate cases in which the state showed its intent.

The first case involved Dr Daniel van der Walt, an obstetrician and gynaecologist. He was convicted of culpable homicide and sentenced to five years in prison but successfully appealed to the Constitutional Court.

The second case was that of Professor Peter Beale, a paediatric surgeon, and Dr Abdullah Munshi, an anaesthetist. They were charged with culpable homicide for the death of a patient. Munshi then died in what was perceived to be an assassination. The charge against Beale has since been changed to murder.

These cases have highlighted to doctors the very real prospect of facing criminal charges when they have acted in good faith, in a complex and challenging environment.

As members of the South African Medico-Legal Association, we are very concerned about the present law in assessing the criminal culpability of healthcare practitioners in South Africa. As a coalition, we cannot see who benefits from the current system. Doctors risk losing their careers and liberty. The fear of criminal charges also has a negative knock-on effect on patient care. Practitioners may resort to defensive medicine, referring patients to others for diagnosis (and adding to treatment costs). Surgeons may lose the confidence they need in difficult circumstances. And the health professions, already short of practitioners, may become less attractive as a career.

The letter stresses the importance of achieving a long-term solution for healthcare professionals and patients alike.

Our primary goal is to engage the South African Reform Commission. It must investigate the need for introducing legislation to stop the National Prosecuting Authority from instituting prosecutions against healthcare practitioners when complications occur despite best intentions and care. We believe the current measure to establish criminal culpability of healthcare practitioners is inappropriate.

Let us be clear, practitioners whose intentional or reckless conduct causes the death of patients should be punished. But fatalities brought about by errors of judgment in complex healthcare environments should not be viewed as culpable. This can be achieved with a raised threshold that includes either recklessness or gross negligence. A clear intention to cause harm should also be added.

We recommend a higher threshold as found in the Scottish law and in the New Zealand legal system. South Africa needs a system of greater openness, where practitioners are encouraged to report unintended and unexpected adverse events and apologise to the families of deceased patients. We should move away from a culture of blame and fear to a system of learning from mistakes.

These changes can take place by developing South Africa’s common law or by legislative reform. The influence of the South African Law Reform Commission is vital. The commission researches the law on issues in need of reform to make recommendations to government. It relies heavily on the help of commentators who share their knowledge and experience.

Besides leading to greater consistency and fairer outcomes, reform will replace a measure that is overly punitive.

The South African Medico-Legal Association’s collaboration on this important issue is anchored in its mission statement, which encourages the inter-relationship between medicine and law, fostering dialogue between member professions and beyond, to promote justice, ethical practice and constitutional values.

Jailed gynae whose conviction was reversed by ConCourt ends silence