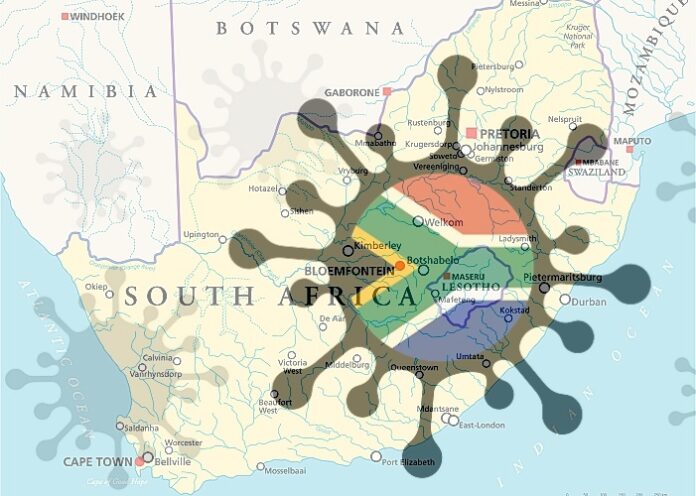 Despite a publicly stated commitment to transparency and several Promotion of Access to Information requests , there have been “significant delays” in the National Department of Health’s release of the findings and recommendations of its three Ministerial Advisory Committees relating to the COVID-19 pandemic, a study in the SA Medical Journal shows.

Since the beginning of the COVID-19 pandemic, the South African  government has asserted that its response would be rooted in “science and evidence”. This is a notable departure from its initial handling of the Aids crisis in the late 1990s to mid-2000s, which was characterised by state-supported Aids denialism and quackery.

A commitment to transparency and accountability is the hallmark of an “open” government. During a pandemic, information sharing and reliance on expert scientific advice are even more critical, as they contribute to mitigating opposition to public health measures that can keep people safe, healthy, and free from infection, illness and premature death.

To support the goal of evidence responses to the pandemic, the National Department of Health (NDoH) initially established three Ministerial Advisory Committees (MACs): (the MAC on COVID-19 (C-19 MAC), the Vaccine MAC (V-MAC) and the Social Behavioural Change MAC, with highly regarded expert scientists and researchers to advise it on the best available evidence on how to mitigate COVID-19.

MAC members typically formulated advice and recommendations in memoranda known as “advisories” and submitted these to the Minister of Health (MoH). It remains the prerogative of the NDoH to place them in the public domain, and all MAC members have had to sign confidentiality clauses.

The C-19 MAC was established on 30 March 2020 and has since provided a large number of advisories to the MoH. Yet none of these was initially open to the public for several months, despite calls to do so in the interests of openness and accountability.

In response, in May 2020, News24 submitted two Promotion of Access to Information Act (Act 2 of 2000) (PAIA) requests to the NDoH for access to the MAC advisories and to the “detailed COVID-19 data collected”. In July 2020, the MoH stated that the NDoH would not release the advisories as they “did not represent the government’s final position on the issues under discussion and that it was necessary to appreciate government’s complex policy formation process”.

After pressure from public health professionals, the media and civil society organisations, however, the NDoH announced on 27 August 2020 that it would publish the MAC advisories (it noted that this decision was made “so that all members of the public can have access to it” and that “45 advisories [were] currently available to the public”).

The NDoH loaded several MAC advisories on to the SA coronavirus news and information portal the day before the announcement. Yet it was not clear whether these constituted all the advisories submitted to the MoH up to that point. Even subsequent advisories were not published for months after their first submission.

Since July 2020, the Health Justice Initiative (HJI) has engaged in lengthy correspondence with the government and other regulatory bodies to ensure that basic information about the COVID-19 response and vaccine procurement, and prioritisation decisions, are shared. In most respects, this information has not been voluntarily shared, and hence, in mid-2021, the HJI submitted several PAIA requests to the NDoH.

Within a couple of days of the first PAIA request, 26 advisories were uploaded on the portal and the HJI received a letter from the Director-General of Health stating that all the V-MAC advisories were available from the portal. While this is commendable, a number of HJI requests for specific information related to all expert advice were not addressed.

In instances where government and other agencies are effectively refusing these requests, the HJI will be seeking relief from our courts. We have since assessed the C-19 MAC and the V-MAC advisories published between 25 August 2020 and 18 August 2021.

Our analysis shows that of the 120 advisories (98 C-19 MAC and 21 V-MAC) published during this time, the average number of days between submission to the MoH and subsequent upload to the portal were 68 days for C-19 MAC and 111 days for V-MAC.

Significant delays therefore existed and persist in the publication of expert recommendations on key issues for managing the pandemic, including on vaccine prioritisation and selection. This has continued at a time when fake news and misinformation pose a threat to vaccine uptake and trust in government is low. These factors are severely hampering the national response.

SA needs a health system in which decisions are made in an evidence-based manner, free of any conflict or vested interests and where the expert advice and basis for its decisions are publicly and speedily available. Especially so during times of crisis. These constitute critical elements of an open and democratic society that should set the baseline for SA’s approach to all future pandemics.

They form a necessary framework for the strengthening of the health system as well as – crucially – preparation for the implementation of universal health coverage. Secrecy has no place in a pandemic.

When secrecy and expert advice collide in a pandemic: Access to information and the National Department of Health’s tardy publication of Ministerial Advisory Committee advisories (Republished under Creative Commons Licence)