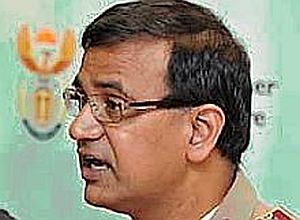 Dr Vejay Ramlakan, Nelson Mandela's personal physician and former surgeon-general of the country's armed forces, has died aged 62, reports IoL. He served in Umkhonto we Sizwe (MK), the military wing of the ANC, during the liberation struggle against the apartheid government in the 1980s and transferred to the South African National Defence Force when MK was incorporated into it in 1994.

The president of the Umkhonto we Sizwe Military Veterans Association (MKMVA), Kebby Maphatsoe, said the passing away of Ramlakan was very sad for them and the country. "This is very sad… Vejay Ramlakan was a very dedicated person to the struggle for our liberation and to the country. He was also a very selfless person.

In 2017, Ramlakan controversially authored a book titled Mandela’s Last Years, which was later withdrawn by the publisher after the Mandela family objected to it being published without their permission, claims which the doctor denied.

Graça Machel, Mandela’ wife, reported Ramlakan to the Health Professions Council of SA, accusing him of unethical conduct and of violating Mandela’s dignity by disclosing his medical records in his book without consent.

The sensitive information reportedly included that Mandela died in the arms of ex-wife Winnie Madikizela-Mandela and that Machel was not with him at the time.