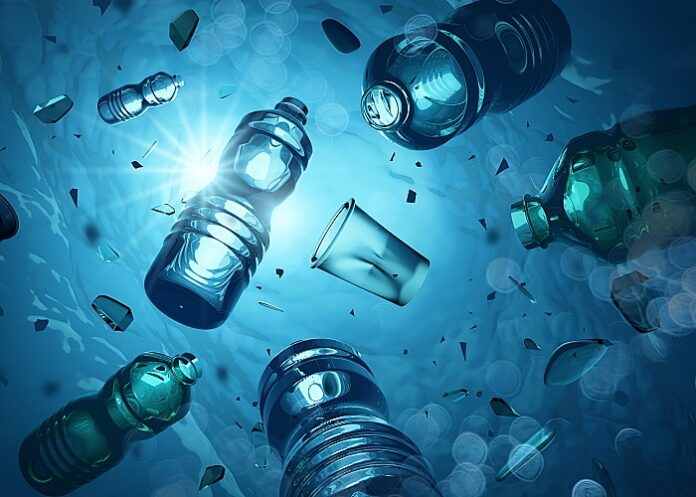 Microplastic pollution has been detected in human blood for the first time, with Dutch scientists finding the tiny particles in almost 80% of the small sample of people tested.

The discovery shows the particles can travel around the body and may lodge in organs. The impact on health is as yet unknown, reports The Guardian, but researchers are concerned as microplastics cause damage to human cells in the laboratory and air pollution particles are already known to enter the body and cause millions of early deaths annually.

Huge amounts of plastic waste are dumped in the environment and microplastics now contaminate the entire planet. People already consume the tiny particles via food and water as well as breathing them in, and they have been found in the faeces of babies and adults.

“Our study is the first indication that we have polymer particles in our blood – it’s a breakthrough result,” said Prof Dick Vethaak, an ecotoxicologist at Vrije Universiteit Amsterdam in The Netherlands. “But we have to extend the research and increase the sample sizes, the number of polymers assessed, etc.” Further studies by a number of groups are already under way, he said.

“It is certainly reasonable to be concerned,” Vethaak told The Guardian. “The particles are there and are transported throughout the body.” He said previous work had shown that microplastics were 10 times higher in the faeces of babies compared with adults and that babies fed with plastic bottles are swallowing millions of microplastic particles a day.

“We also know in general that babies and young children are more vulnerable to chemical and particle exposure,” he said. “That worries me a lot.”

The latest research, published in the journal Environment International, adapted existing techniques to detect and analyse particles as small as 0.0007mm. Some of the blood samples contained two or three types of plastic. The team used steel syringe needles and glass tubes to avoid contamination, and tested for background levels of microplastics using blank samples.

Vethaak acknowledged that the amount and type of plastic varied considerably between the blood samples. “But this is a pioneering study,” he said, with more work now needed. He said the differences might reflect short-term exposure before the blood samples were taken, such as drinking from a plastic-lined coffee cup, or wearing a plastic face mask.

“The big question is what is happening in our body?” he said. “Are the particles retained in the body? Are they transported to certain organs, such as getting past the blood-brain barrier? And are these levels sufficiently high to trigger disease? We urgently need to fund further research so we can find out.”

The research was funded by the Dutch National Organisation for Health Research and Development and Common Seas, a social enterprise working to reduce plastic pollution.

“Plastic production is set to double by 2040,” said Jo Royle, founder of the charity Common Seas. “We have a right to know what all this plastic is doing to our bodies.” Common Seas, along with more than 80 NGOs, scientists and MPs, are asking the UK government to allocate £15m to research on the human health impacts of plastic. The EU is already funding research on the impact of microplastic on foetuses and babies, and on the immune system.

A new review paper co-authored by Vethaak has assessed cancer risk and concluded: “More detailed research on how micro- and nano-plastics affect the structures and processes of the human body, and whether and how they can transform cells and induce carcinogenesis, is urgently needed, particularly in light of the exponential increase in plastic production. The problem is becoming more urgent with each day.”

Published in Environmental International on 24 March 2022

Plastic particles are ubiquitous pollutants in the living environment and food chain but no study to date has reported on the internal exposure of plastic particles in human blood. This study’s goal was to develop a robust and sensitive sampling and analytical method with pyrolysis double shot – gas chromatography/mass spectrometry and apply it to measure plastic particles ≥700 nm in human whole blood from 22 healthy volunteers. Four high production volume polymers applied in plastic were identified and quantified for the first time in blood.

Polyethylene terephthalate, polyethylene and polymers of styrene (a sum parameter of polystyrene, expanded polystyrene, acetonitrile butadiene styrene etc.) were the most widely encountered, followed by poly(methyl methylacrylate). Polypropylene was analysed but values were under the limits of quantification. In this study of a small set of donors, the mean of the sum quantifiable concentration of plastic particles in blood was 1.6 µg/ml, showing a first measurement of the mass concentration of the polymeric component of plastic in human blood.

This pioneering human biomonitoring study demonstrated that plastic particles are bioavailable for uptake into the human bloodstream. An understanding of the exposure of these substances in humans and the associated hazard of such exposure is needed to determine whether or not plastic particle exposure is a public health risk.

Review paper study details
To Waste or Not to Waste: Questioning Potential Health Risks of Micro- and Nanoplastics with a Focus on Their Ingestion and Potential Carcinogenicity

Published in Springer Nature on 22 March 2022

Abstract
Micro- and nanoplastics (MNPs) are recognised as emerging contaminants, especially in food, with unknown health significance. MNPs passing through the gastrointestinal tract have been brought in context with disruption of the gut microbiome. Several molecular mechanisms have been described to facilitate tissue uptake of MNPs, which then are involved in local inflammatory and immune responses. Furthermore, MNPs can act as potential transporters (“vectors”) of contaminants and as chemosensitisers for toxic substances (“Trojan Horse effect”).

In this review, we summarise current multidisciplinary knowledge of ingested MNPs and their potential adverse health effects. We discuss new insights into analytical and molecular modelling tools to help us better understand the local deposition and uptake of MNPs that might drive carcinogenic signalling. We present bioethical insights to basically re-consider the “culture of consumerism”.

Finally, we map out prominent research questions in accordance with the Sustainable Development Goals of the United Nations.

Springer Nature Review paper – To Waste or Not to Waste: Questioning Potential Health Risks of Micro- and Nanoplastics with a Focus on Their Ingestion and Potential Carcinogenicity (Open access)