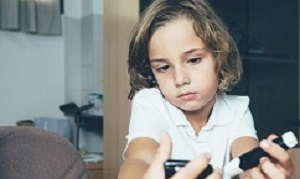 Marking the culmination of a 33-year odyssey, scientists report a milestone in type 1 diabetes: the first time the disease has been markedly delayed in young people at high risk. Presenting at the American Diabetes Association meeting in San Francisco, researchers found that 2 weeks of an experimental intravenous drug held off disease by an average of about two years.

The mainstay of type 1 diabetes treatment is insulin, discovered 97 years ago. These results open a new chapter, says Jeffrey Bluestone, an immunologist at the University of California San Francisco, and part of the research team. “On the one hand,” the outcome is “pretty exciting,” Bluestone says. “On the other hand, now the real hard work begins.” That will mean considering how to move this treatment forward and probing whom it’s most likely to help.

The clinical trial began 8 years ago and included 76 people, the youngest of whom were 8 years old and the oldest in their 40s. Nearly three-quarters were 18 and under. Each had an extremely high risk of type 1 diabetes. In this autoimmune disease, the body attacks cells in the pancreas that make insulin, which helps keep blood glucose levels in check. By the time diabetes is diagnosed, most of these insulin-producing cells, called beta cells, are gone.

More than 1m people in the US have type 1 diabetes, which requires constant attention to blood sugar levels and insulin injections to stay alive. The condition carries a risk of long-term complications, including heart disease, blindness, and kidney failure. (People with the more common type 2 diabetes generally produce their own insulin, but their bodies can’t use it properly.)

Over time, scientists have learned that type 1 diabetes begins years before it’s diagnosed. Subtle attacks on the pancreas are led by the sentries of the immune system, T cells. Those attacks are detectable via antibody markers in the blood. During this quiet battle, beta cells in the pancreas are still largely intact, offering a crucial window in which to intervene and save them.

When researchers began predicting diabetes risk in people whose relatives had the disease, prevention was the obvious next step. But a raft of prevention trials in the US and Europe – testing everything from oral insulin to high doses of a form of vitamin B – proved disheartening: Although there were traces of hope in certain subgroups of people, no studies were broadly successful. “This has been a completely disappointing area,” says Kevan Herold, an endocrinologist at Yale University who led the new clinical trial.

It was a blossoming friendship decades ago between Herold and Bluestone, when both were newly minted researchers at the University of Chicago, that carved the path to scientific success. Bluestone had designed an antibody drug in his lab that shut down activated T cells. It did this by targeting a molecule on the cells’ surface called CD3. By blunting activated T cells, this anti-CD3 antibody could stem autoimmune attacks, Bluestone thought.

When he began the work, Bluestone imagined the therapy treating people who had received kidney transplants, because the body’s T cells often attack a new organ. But effective drugs for transplant patients had recently hit the market, and pharmaceutical companies weren’t interested. “It got dropped,” Bluestone says.

Herold threw another idea Bluestone’s way. What if anti-CD3 could counter T cell attacks on the pancreas, which lead to type 1 diabetes? On something of a lark, in the early 1990s the pair injected anti-CD3 into a mouse model of diabetes, before the animals had become sick. The treatment kept many of them from developing diabetes.

Another seminal moment came in 1994, when French immunologists Lucienne Chatenoud and Jean-François Bach at Hôpital-Necker Enfants Malades in Paris reported that anti-CD3 reversed diabetes in newly diagnosed mice. The pair also honed the timing of the drug: It seemed to work best in animals whose T cells were revved up and staging pancreas attacks, and which were on the cusp of or had just developed diabetes. “If you don’t have much (T cell) activation yet, there’s nothing to block” says Jay Skyler, an endocrinologist at the University of Miami and part of the trial team. “If you go too late, that’s too overwhelming” for the drug to succeed.

In 2000, Herold shifted from mice to people – but prevention research with anti-CD3 came with ethical concerns. Efforts to predict who would develop diabetes were nascent, and the idea of giving a potentially risky experimental drug to people who might never get sick was concerning. Furthermore, diabetes is a disease of childhood – half the patients are diagnosed before they’re 12 years old – compounding the ethical quandaries of prevention trials.

So, Herold instead focused on people who’d been recently diagnosed. His hope was that anti-CD3 could help preserve what few beta cells they had left, which would be destroyed as their disease progressed. This preservation, he reasoned, could mean injecting less insulin and better controlling glucose levels. His team reported in 2002 that more than a year after treatment, nine of 12 treated patients had maintained or boosted their insulin production. Other trials of anti-CD3 moved ahead in new-onset patients and were largely successful.

And then, in 2010, the programme skidded to a halt: Two drug companies reported that two different anti-CD3 antibodies, one of them the antibody Bluestone had helped design, had failed to meet their goals in large trials of newly diagnosed people. “That was devastating,” Bluestone says. “Everyone kind of said, ‘OK, this doesn’t work.’”

Still, Herold, Bluestone, Skyler, and some others remained hopeful in the face of scepticism. They maintained that among other things, the drug company trials relied on doses that were too low and included participants who didn’t have the autoimmune form of diabetes.

Herold convinced a diabetes clinical trials network called TrialNet, which Skyler then chaired, to support a prevention study of anti-CD3. It opened to volunteers in 2011 and tested Bluestone’s version, by then named teplizumab. The trial team focused on recruiting people who resembled the mice Chatenoud and Bach had found success with years earlier: Those with a combination of unstable blood sugar and blood antibodies who were teetering on the cusp of diabetes. Based on this mix, researchers estimated that participants had a 75% chance of getting diabetes in the next 5 years. They were identified through a vast network of screening centres across North America, Europe, and Australia established years ago by TrialNet, which aims in part to trace the natural history of type 1 diabetes and includes many thousands of relatives of people with the disease.

Forty-four volunteers received teplizumab, and 32 got a placebo. Treatment in both groups involved 14 consecutive days of IV infusion. Enrolment was slow. Screening was laborious, and, Herold theorises, perhaps there was hesitation because other prevention trials had failed, and so had teplizumab in the large drug company study. The planned trial with 144 people was scaled back to 76 – which meant teplizumab needed to shine in order to see a difference between the treatment and the placebo.

Late last year, Herold procrastinated when it came time to analyse the data. “I kept pushing it off,” he says, because he worried about failure. Instead, the difference between the two groups was statistically stark. In the treatment group, the median time to a diabetes diagnosis was just over 4 years; in the placebo group, it was 2 years. He found 43% of those who got the experimental drug developed diabetes after 5 years, versus 72% of those receiving a placebo. Participants who got teplizumab and had certain gene variants seemed especially likely to avoid disease.

“I thought it was going to be difficult” to show an effect with so few patients, says Chatenoud, who wasn’t involved in the trial. “This is why I think it’s so meaningful that it worked… These data are the first to show it is possible to prevent the progression of type 1 diabetes.”

Though some researchers describe the study as a prevention trial, Herold hastens to point out that, strictly speaking, it was designed to test delay of disease onset, not prevention. Testing prevention could mean waiting for participants to die to confirm they stay diabetes-free – something that’s obviously not feasible. Still, he and others wonder whether there’s a subset for whom true prevention is possible; it will take many years to find out.

Doctors say even a 2-year delay in disease is important. “To gain 2 years of an insulin-free life, … I think that’s significant,” says Mark Atkinson, a pathologist at the University of Florida Diabetes Institute in Gainesville, who has probed the origins of the disease and conducted clinical trials. “You have to think of mom or dad having 2 years less of getting up at night” to check their child’s blood sugar levels, he says, along with a potentially lower risk of long-term complications. Two weeks of teplizumab “is a small price to pay” for extra diabetes-free time he says.

That’s especially true because safety fears raised about teplizumab in the early years haven’t panned out. Chatenoud says that, to date, more than 800 people have received the therapy, and “the side effects have not been what people feared.” In the trial, common side effects included a rash and a low white blood cell count; both resolved within weeks.

The big question now is, what’s next? Some say that running a larger prevention trial of teplizumab could be challenging, because giving young people a placebo might be hard to justify now. One major hurdle is that, while Herold’s trial focused on those with a first-degree relative with diabetes, at least 85% of diabetes patients don’t have that family history – meaning that screening on a grand scale would be needed to reach everyone at risk. “Who’s going to pay for that? And will the public even participate?” Atkinson wonders.

The next steps will partly be up to the company that currently holds rights to teplizumab, Provention Bio in Oldwick, New Jersey; the experimental treatment has passed through many corporate hands over the years.

No matter what happens next, Herold hopes that his study will mark a turning point. He thinks of the trial’s first volunteer, who enrolled at Herold’s centre at Yale. At the time, the teenager was in college; after graduating, he moved to New York City. As Herold was finalising the trial data, he noticed that this participant, whom Herold would later learn had gotten teplizumab, had dropped off the radar.

“I called him up and said, ‘What’s going on?’” Herold recalls. Not much, the young man admitted; he was feeling fine and had forgotten to follow up with the researchers. It was an answer that delighted Herold. “That’s great, that’s terrific,” he thought to himself. Forgetting is what someone with diabetes can’t allow themselves to do – so for this young man, who remains disease-free, it meant everything.