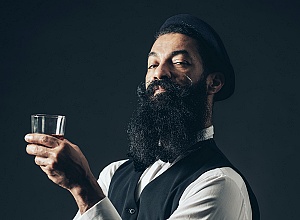 The introduction of minimum pricing of alcohol has had a lasting impact in Scotland and is starting to have an effect in Wales, according to a study published in The Lancet, reports BBC News. The researchers say the policy is an important step forward in addressing alcohol-related health problems and the social harms of over-consumption.

Research from Newcastle University – in collaboration with universities and institutes in Germany, Canada and the Netherlands – found that alcohol sales fell by almost 8% after the policy was introduced in Scotland.

Scotland became the first country in the world to bring in minimum unit pricing (MUP) for alcohol in May 2018, currently fixed at 50p per unit. Wales introduced the policy last March.

Campaigners have called for it to be implemented in England and Northern Ireland.

Previously, BBC News has reported that MUP in Scotland had resulted in a notable fall in the alcohol death rate, and that the Republic of Ireland is due to introduce its own MUP policy on 1 January 2022. Further, there has been concern that minimum pricing will not tackle the problems of alcohol consumption in middle class families.

The study looked at data detailing more than 1.24 million separate alcohol sales between 2015 and 2018, and also in the first half of 2020 – with this period covering purchases by 35,000 households.

According to the research, published in Lancet Public Health: "For both Scotland and Wales, reductions in overall purchases of alcohol were largely restricted to households that bought the most alcohol."

It concluded that MUP "is an effective alcohol policy option to reduce off-trade purchases of alcohol and should be widely considered".

However, according to BBC News, the exception to this was people in high-purchasing, low-income homes, who did not seem to change their habits.

Overall, Professor Peter Anderson from Newcastle University, who led the research, said the findings showed "the introduction of a MUP in Scotland has made a significant impact on reducing alcohol levels, with a sustained drop in overall units bought by some of the highest-consuming households two years on".

He added: "We can now see that the introduction of a MUP in Wales at the beginning of March 2020 has had a similar impact to the one we saw in Scotland in 2018 and we hope to see a continued benefit."

According to BBC News, he said MUP was an important step forward in addressing alcohol-related health problems and the social harm caused by over consumption.

Professor Sir Ian Gilmore, chair of the Alcohol Health Alliance, said: "This is powerful, real-world evidence of the success of minimum unit pricing as a harm reduction policy."

He called on the UK government to follow the lead of the devolved administrations in Scotland and Wales and introduce minimum pricing for England.

Sir Ian said: "Westminster has said time and time again that it is waiting for evidence from Scotland and Wales on minimum unit pricing, meanwhile 80 people a day are dying from an alcohol-related cause."

It was initially set in 2012, with the introduction of the policy delayed by a lengthy legal challenge in the years before its introduction.

Douglas urged the Scottish government to increase the unit price to at least 65p per unit, saying it would save more lives and prevent a new generation from developing a problematic relationship with alcohol.

As a policy option to reduce consumption of alcohol and the harm it does, on 1 May 2018, Scotland introduced a minimum price of 50 British pence (p) per unit of alcohol (8 g) sold; Wales followed suit on 2 March 2020, with the same minimum unit price (MUP).

We analysed household purchase data based on bar codes to assess the impact of these policy options in the medium term for Scotland and in the immediate term for Wales.

For these location-controlled, interrupted time series regression analyses, the data source was Kantar World Panel's household shopping panel, which, at the time of our analysis, included 35,242 British households providing detailed information on 1·24 million separate alcohol purchases in 2015-18 and the first half of 2020.

In Scotland, price increases and purchase decreases following the introduction of MUP in 2018 were maintained during the first half of 2020.

For both Scotland and Wales, reductions in overall purchases of alcohol were largely restricted to households that bought the most alcohol.

The introduction of MUP was not associated with an increased expenditure on alcohol by households that generally bought small amounts of alcohol and, in particular, those with low incomes. The changes were not affected by the introduction of COVID-19 confinement in the UK on March 26, 2020.

The evidence base supporting the positive, targeted impact of MUP is strengthened by the comparable results for Scotland and Wales. The short-term impact of MUP in Scotland during 2018 is maintained during the first half of 2020.

MUP is an effective alcohol policy option to reduce off-trade purchases of alcohol and should be widely considered.

Harmful use of alcohol kills millions annually – WHO global report