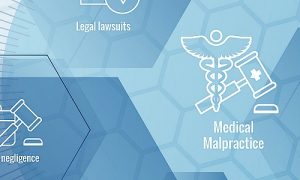 Local medical malpractice insurers are unhappy that the UK-based Medical Protection Society is allowed to operate in South Africa without being a licensed financial services provider, writes Financial Mail. Is the criticism justified or simply professional jealousy?

Local providers of medical malpractice insurance are unhappy that the biggest provider to the domestic medical fraternity, the UK-based Medical Protection Society (MPS), is not a licensed financial service provider in SA. That means it doesn’t have to comply with local capital requirements, policy protection rules or ombudsman regulations.

They say this gives MPS an unfair advantage in SA where, for more than 60 years, it has been providing professional indemnity cover.

"MPS can continue to be an indemnity provider, but then it must do so in a regulated manner like all the other players in SA," says Jaco van der Sandt, CEO of health professions indemnity at the Professional Provident Society (PPS). "Greater transparency is required on [MPS’s] SA market offering so consumers know what they are buying."

Regulators also appear to be taking a closer look at MPS. The Financial Mail has learnt that the Prudential Authority (PA) and Financial Sector Conduct Authority (FSCA) are looking into the nature of MPS’s local operations.

While local medical malpractice insurers suggest authorities are going as far as conducting an inquiry into the legal status of MPS, and whether it has the right to be providing indemnity protection to local doctors, the official statement from the regulators is a tad less explicit.

"At this stage the PA and FSCA’s focus is more on better understanding the operations and business model of MPS," the two regulators say in a joint response to questions from the Financial Mail.

"MPS is not a licensed insurer. The PA and the FSCA, as part of a broader supervisory/regulatory review of the medical malpractice insurance market in SA, have been engaging with providers of these product solutions. Initial engagements with specific providers, including MPS, have commenced."

Sean Riskowitz is the CEO of Conduit Capital, whose subsidiary Constantia Insurance has a medical professional indemnity division, EthiQal. He believes MPS should not be providing indemnity cover in SA if it is unlicensed.

Riskowitz cites the Insurance Act, saying it specifies that no unlicensed entity may enter into an arrangement under which an entity, in return for a premium, undertakes to "meet insurance obligations that fully or partially indemnifies loss on the happening of an unplanned or uncertain event".

Says Riskowitz: "It is hard to see how MPS’s purported provision of indemnity against malpractice claims in return for a membership ‘fee’ does not meet the criteria of insurance under the act."

But Graham Craig, MPS’s business development director for SA, says the organisation doesn’t provide regulated financial services in the country, which is why it is not registered or licensed as such. As a mutual, not-for-profit, member-owned or so-called friendly society, MPS only allows members to seek assistance for matters arising from their practice in accordance with its memorandum and articles of association.

"MPS is not an insurance company," Craig tells the Financial Mail. "MPS is a mutual membership organisation, which means all the benefits of MPS membership are discretionary … All subscriptions are used for the benefit of the membership."

But Riskowitz says MPS is an "unregulated society" that falls outside SA’s regulatory framework, meaning it is not subject to oversight by regulators, nor is it required to keep stipulated capital reserves in place, as its competitors do. He argues that this leaves medical practitioners with no certainty as to whether they will be covered in the event of a claim.

"Most doctors incorrectly believe they have entered into a legally binding insurance contract with MPS that will protect them in the event of a claim," Riskowitz says. "Doctors believe the MPS product is similar to car or life insurance, where an insurer is required to hold assets to meet future claims, or where an insured [member] whose claim is not settled can turn to the ombud or the regulator and ultimately have recourse to the courts, where they are protected by well-defined insurance laws and precedent."

In the case of MPS, he says, "there is no such recourse available … Almost all doctors with MPS are unaware that MPS is unlicensed and unregulated."

MPS fires back, saying all its members are fully informed of the nature and rights of their membership. It says that, over the past 12 months, it has said yes to more than 99% of requests for assistance from SA members where it had the authority to do so.

But is the criticism of MPS from the local insurance industry simply professional jealousy?

The PPS’s Van der Sandt acknowledges that MPS is the largest provider of professional indemnity protection to medical professionals in SA, but says the criticism of the organisation has more to do with fairness — or the lack thereof. In a nutshell, he says, local medical malpractice insurers are operating on uneven terrain.

"The fact that MPS is providing an insurance-like offering without being regulated as a financial services provider is the challenge," he says. "This provides no safety net to SA medical professionals. Think about treating customers fairly [regulation] and policyholder protection rules, or the right to approach any of the financial services sector ombuds."

That’s partly due to skyrocketing malpractice claims, which industry insiders say is the result of SA becoming a more litigious society.

The other factor, they say, is that lawyers who used to make a pretty penny off Road Accident Fund claims have turned their attention to the medical malpractice arena, as claiming from the cash-strapped fund has become more difficult.

While the regulator is tight-lipped on what stance it will take with MPS, the complaints against its unlicensed status could force the company to seek official registration in SA. Alternatively, it may be cheaper to simply partner with a local medical malpractice insurer, as the local market isn’t as large as MPS’s UK market.

"There’s very limited capacity for medical malpractice in SA," says Van der Sandt. "There’s simply not enough risk to share among 10 providers and expect it to be sustainable."

But the choice may not be all that simple for the regulators. MPS could simply opt to pull out of the SA market altogether, potentially leaving its 30,000 SA members without professional indemnity protection.

Incidentally, MPS stopped providing medical malpractice protection in Australia in the late 1990s, which SA critics say was because the government there wanted it to become a fully licensed, locally registered insurer. MPS takes issue with this, saying legislation requiring insurers to be fully licensed and registered in Australia was introduced only between 2002 and 2003, more than five years after it stopped providing medical malpractice protection in the country.

But Riskowitz says MPS’s ability to simply pull out of the local market without regulatory consequences is precisely why it should be licensed.

"Prudential regulation exists to protect policyholders from exactly such a situation," he says. "For this reason alone, MPS should be subject to the same regulation and licensing requirements that all others in the medical malpractice insurance — and insurance industry in general — are required to adhere to."

This analysis by Garth Theunissen was first published in the Financial Mail on 27 May 2021 and is republished with kind permission.