HomeA FocusMisdiagnosis of multiple sclerosis found to be common
A FocusNeurology

Misdiagnosis of multiple sclerosis found to be common 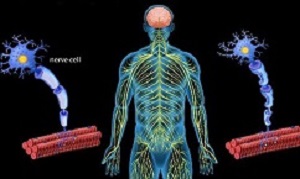 The misdiagnosis of multiple sclerosis (MS) was almost 20% in a US study,  which found that of the people misdiagnosed, many received MS treatment for four years before receiving the right diagnosis.

Multiple sclerosis (MS) is a widespread disabling neurological condition in which the immune system attacks and destroys the fatty tissue that surrounds the nerves. This leads to nerve damage, which affects communication between the nerves and the brain.

People with MS may experience symptoms, including numbness or weakness in the limbs, tremors, and lack of coordination. However, reports Medical News Today, some of the symptoms have similarities to other debilitating conditions, including stroke and migraine.

MS and stroke are very different conditions, but they both harm the brain. Some of the symptoms they share include attention issues, dizziness, numbness in the limbs, slurring, visual impairment, and difficulty in walking.

MS and migraine attacks also have some symptoms in common, including dizziness and vision impairment. A recent study pooled data on people who had received a wrong diagnosis of MS and found that 72 of the 110 patients had other conditions, including migraine.

The report says a team of researchers from the University of California Los Angeles (UCLA) and the University of Vermont in Burlington analysed the cases of 241 people who had received an MS diagnosis. Other doctors had previously referred these people to two academic medical centres in Los Angeles.

Dr Marwa Kaisey and Dr Nancy Sicotte, both from the Cedars-Sinai Medical Centre in Los Angeles, led the research.

The report says the study aimed at determining how many people received a misdiagnosis of MS, and identifying common characteristics in misdiagnosed patients. The researchers found that of the people misdiagnosed with MS, many received MS treatment for 4 years before receiving the right diagnosis.

The researchers identified that the condition most often correctly diagnosed was migraine, followed by radiologically isolated syndrome – a condition in which the results of MRI scans determined that the people had MS, despite them not experiencing any other symptoms linked to MS.

Among people who received a wrong diagnosis, 72% had received treatment for MS, and of those, 48% had received treatments that can lead to progressive multifocal leukoencephalopathy (PML), which is a rare viral infection that targets nerve cells and damages the white matter in the brain. The researchers concluded that the estimated costs of unnecessary treatments that they identified in just this study reached almost $10m.

"I've seen patients suffering side effects from the medication they were taking for a disease they didn't have. Meanwhile, they weren't getting treatment for what they did have. The cost to the patient is huge – medically, psychologically, financially," Kaisey adds.

The investigators hope that these findings, along with recently funded research, will help to prevent MS misdiagnoses in the future and help improve diagnosis and treatments for people with the disease.

Abstract
Background: Multiple Sclerosis (MS) specialists routinely evaluate misdiagnosed patients, or patients incorrectly assigned a diagnosis of MS. Misdiagnosis has significant implications for patient morbidity and healthcare costs, yet its contemporary incidence is unknown. We examined the incidence of MS misdiagnosis in new patients referred to two academic MS referral centers, their most common alternate diagnoses, and factors associated with misdiagnosis.
Methods: Demographic data, comorbidities, neurological examination findings, radiographic and laboratory results, a determination of 2010 McDonald Criteria fulfillment, and final diagnoses were collected from all new patient evaluations completed at the Cedars-Sinai Medical Center and the University of California, Los Angeles MS clinics over twelve months.
Results: Of the 241 new patients referred with an established diagnosis of MS, 17% at Cedars-Sinai and 19% at UCLA were identified as having been misdiagnosed. The most common alternative diagnoses were migraine (16%), radiologically isolated syndrome (9%), spondylopathy (7%), and neuropathy (7%). Clinical syndromes and radiographic findings atypical for MS were both associated with misdiagnosis. The misdiagnosed group received approximately 110 patient-years of unnecessary MS disease modifying therapy.
Conclusion: MS misdiagnosis is common; in our combined cohort, almost 1 in 5 patients who carried an established diagnosis of MS did not fulfill contemporary McDonald Criteria and had a more likely alternate diagnosis.