HomeA FocusModerate alcohol use can be good for the heart if rich, fatal...
A FocusPublic Health

Moderate alcohol use can be good for the heart if rich, fatal if poor 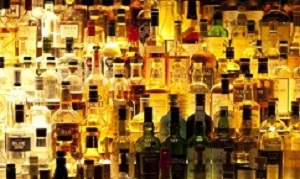 Moderately frequent alcohol users have a lower risk of dying from cardiovascular disease (CVD) than infrequent drinkers and this is more pronounced among those with high socio-economic status, found a large Norwegian Institute of Public Health cohort study. Very frequent alcohol consumption is associated with increased CVD mortality risk of CVD but only among those with low socio-economic position.

Very frequent consumption of alcohol is associated with an increased risk of dying from cardiovascular disease, but only among people in the lowest socioeconomic position, according to a research study by Eirik Degerud from the Norwegian Institute of Public Health in Oslo, and colleagues.

Individuals with low socio-economic position are known to consume alcohol less frequently than those in higher positions, but experience a higher rate of alcohol-related hospitalizations and deaths. Degerud and colleagues analysed socio-economic and health survey data, as well as cause of death information, on 207,394 Norwegian adults who were born before 15 October, 1960 and completed mandatory censuses in Norway between 1960 and 1990.

“It is unclear if (these difference in risk) reflects differential confounding of alcohol consumption with health-protective or damaging exposures or differing effects of alcohol on health across socio-economic groups,” the authors say. “The heterogeneity between groups in the population needs to be assessed when making population recommendations regarding alcohol consumption.”

In an accompanying Perspective, Jurgen Rehm and Charlotte Probst of Canada’s Centre for Addiction and Mental Health write that the new findings are an important piece of the puzzle in understanding the complex interactions between socio-economic position and mortality. An implication of the new paper, they say, is that “it is not appropriate simply to extrapolate from risks associated with alcohol use in higher-income populations to address lower-income populations where the impact of alcohol use is highest.”