A mother’s journey through her daughter’s opioid addiction 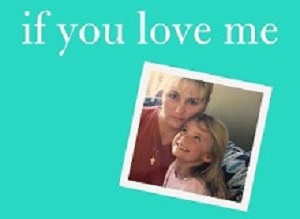 When Maureen Cavanagh, a hardworking small-business owner and resident of the charming, historic town of Marblehead, Massachusetts, clicked on a link to a Salem Newsstory headlined ‘Marblehead honour student arrested for prostitution’, her first thought was: ‘How sad. How very sad’, writes Judith Warner for The New York Times.

As she read further, however, her feelings turned to horror. Because, as she recounts in “If You Love Me: A Mother’s Journey Through Her Daughter’s Opioid Addiction,” the honour student in question was her daughter, Katie, who in the few short years since leaving high school had devolved from a sweet, compassionate and talented teenager into a troubled 23-year-old advertising her “escort services” online.

All because, like millions of her fellow Americans, Katie had succumbed to the cruel realities of opioid abuse.

In Katie’s case, the drug of choice was heroin. “If You Love Me,” an initially compelling but ultimately frustrating memoir, opens at the point when Katie’s habit has exploded beyond the scope of what her mother can successfully keep under wraps.

Enormously worried about her daughter’s reputation in their small and prosperous New England community, Cavanagh is above all consumed in the days after the news report by what she views as the cosmic “unfairness of exposing Katie.”

But then a remarkable letter to the editor appears online in The Marblehead Reporter. It is from Katie herself, who suggests that making her desperation public isn’t, perhaps, such a bad thing. “Maybe if people read that they will understand the pain addicts go thru on a daily basis,” she writes. “I would just like people to know addicts are good people who believe they need to do bad things because they don’t deserve any better.”

This is a turning point. Cavanagh’s shame turns to rage. In the time since the article’s publication, she realizes, only one person in her prosperous town has reached out to express compassion or support. The stigma of drug addiction is such that friends and colleagues consider it kinder to say nothing.

Or, as Cavanagh reflects, “My neighbors can continue to plow their own snowflakes, never needing to look over the fence, never knowing what is going on next door — here, now. Katie can recover from this, and we will look back on it as a bad patch in an otherwise good life.”

Cavanagh is well acquainted with this mode of non-engagement. The daughter of alcoholics, she grew up in an often violent home, and was schooled from a very early age in the keeping of sordid family secrets. From her childhood, she adopted a number of magical beliefs: If you don’t acknowledge a problem, you can make it go away. If your parents only love you enough, they’ll stop drinking. She begins the book hostage to an adult vestige of that old mythmaking system: “If she loves me, why won’t she stop?” she thinks about Katie. Conversely, as the mother of a heroin addict, she hangs her hope on the belief that if she only loves Katie enough, she’ll be able to corral her into beating her habit.

Realizing that none of these articles of faith are true — that, in fact, the disease of addiction is more powerful than even the very strongest parent-child bond — is the essence of Cavanagh’s maternal “journey,” which will offer readers facing similar struggles some useful information and, above all, the comfort of knowing that they are not alone. (Readers seeking something beyond emotional community, however, will find a much more satisfying reading experience in strongly reported books like Maia Szalavitz’s “Unbroken Brain: A Revolutionary New Way of Understanding Addiction” or Paul Raeburn’s “Acquainted With the Night: A Parent’s Quest to Understand Depression and Bipolar Disorder in His Children.”)

In the course of Cavanagh’s mother-daughter odyssey, she comes to realize that the quest for sobriety is only — and can only be — Katie’s own. Once Cavanagh steps back and gives her daughter the space to try to save herself, Katie does rise to the occasion. As the book ends, she is 25, working and saving money, and hoping to get involved with her mother’s peer support group, Magnolia New Beginnings. She is “currently sober,” Cavanagh writes, somewhat tentatively.

One lesson of her book is that “sober” always requires a qualifier. And that a hopeful pause is a safer bet than a happy ending.

UK got it wrong on COVID: Long lockdown did more harm than good

If a doctor barely knows who a patient is, the consequences can be profound