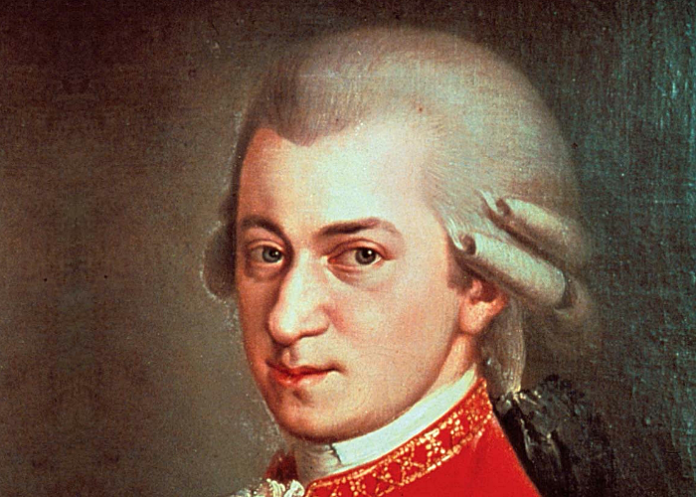 Listening to Mozart’s Sonata for Two Pianos in D Major may be associated with less frequent spikes of electrical activity in the brains of people whose epilepsy does not respond to medication, found a small study in Scientific Reports. The so-called “Mozart effect” was first identified in 1993 and became a faddish intervention to supposedly improve cognitive function in babies.

In that study, researchers reported that after college students listened to a particular Mozart piano sonata for 10 minutes, they showed better spatial reasoning skills than they did after listening to relaxation instructions designed to lower blood pressure — or to nothing at all.  And their IQ scores jumped by 8 or 9 points in what became known as the Mozart effect. Even though the benefits were hard to reproduce (and wore off within minutes), the fad of Mozart for babies’ brain development was born.

In that early research, scientists also said listening to Mozart’s Sonata for Two Pianos in D Major (K448), helped patients with epilepsy by reducing spikes in neuron activity that can lead to seizures. Again, the results were not consistent enough for other scientists to replicate them. But now, 28 years later, newer methods are reviving the possibility that music can be the calm that prevents the brain’s electrical storm.

Research published in Scientific Reports says listening to the sonata for at least 30 seconds may be associated with less frequent spikes of certain electrical activity in the brains of people whose epilepsy does not respond to medication. In the study’s 16 patients, spikes fell by two-thirds throughout the brain, but they dropped the most in the brain’s left and right frontal cortices, where emotional responses are regulated.

Study participants listened to this clip from Mozart’s Sonata for Two Pianos in D Major (K448).

Robert Quon, a graduate student at Geisel School of Medicine at Dartmouth and lead author of the study, talked to STAT about his lab’s initial scepticism, the tools that allow for better measurement of brain activity, and just what it might be about this piece of music that could prove helpful to people with epilepsy.

What led you to re-examine the Mozart effect?
When I first joined Barbara Jobst’s lab, I was fortunate to work with a postdoc in the lab, Grace Leslie, who was conducting a study looking at how these different auditory tones — not music, but more pure tones and frequencies — affected the brain waves. The first study we performed was looking at how 40 hertz or this gamma stimulation affected these interictal brain waves — brief events that occur sporadically between seizures — in patients with epilepsy. It sounds essentially just like a buzzing in the speaker.

What is it about these spikes?
Increased numbers of these spikes are correlated with memory loss or reduced cognitive outcomes, and even increased seizure frequency. Therapies that can maybe reduce these spikes could have some proven benefits to patients with epilepsy.

Why did you switch to music?
I was testing patients in that first experiment for only 15 seconds at a time, but even with just those repeated 15 seconds of that gamma tone, patients complained that it wasn’t too nice to listen to.

Did you think it would work?
Our group definitely approached this with a very healthy scepticism. And we still are sceptical. A lot of questions have emerged from this paper, but we’re hoping to answer more of them over the years.

How did you determine the music’s effect on brain activity, and how does it compare to methods of the 1990s?
A lot of those studies were using a scalp EEG [electroencephalogram], and that led to a lot of contradictory findings. Signals generated by the cells that are firing in the brain have to travel across a lot of layers, including bone, and a lot of the signal gets damaged or even lost. The group of patients that we tested actually have electrodes placed directly on to their brain surfaces rather than on top of their scalp. They might be considered for surgical resection, so before doing a surgical resection, intracranial electrodes are implanted in the patients to localise where exactly the seizures are coming from so they can cut out the brain region that might be generating these seizure events to hopefully lead to seizure freedom. That provided us with an optimal window into the brain, enabling us to test the hypothesis that Mozart may or may not reduce these intractable spikes.

Did you try other music?
We played essentially nine different musical stimuli. One of them was Mozart. And then we also modulated Mozart with that gamma tone, like an envelope of sorts. We tested music from different genres and then patients selected the song that they liked the most.

Your paper lists Wagner’s wedding march, but also Buddy Holly, Judas Priest, and Nickelback. What happened?
We hoped that one of these preferred pieces, when we modulated the frequencies, would result in significant therapeutic effects. But only the original Mozart composition showed significant response. So that led us to investigate further what properties might be responsible for this.

What is it about this piece of music?
When people develop these expectations about a musical piece and when the expectations are suddenly violated — you have the same beat or tempo going on in the song and then a sudden violation to that expectation in your brain — that’s linked with positive emotional responses. We used a machine learning technique and a music information retrieval technique to break this song into segments. And we predicted that transitions out of these longer segments would be correlated with enhanced power in the emotion networks of the brain. And that’s exactly what we found with our analysis.

What’s next?
We want to look at how different elements within the music itself and see how important they are for eliciting these effects. Our next step would be to test whether we could detect other musical stimuli with these pre-existing properties, like tempo or timbre, or add these properties through signal alteration. We’ll eventually, hopefully, be able to define an anti-epileptic genre so maybe listening to music from this playlist will reduce chances of having a seizure.

We have a lot more questions than we have answers from our study. But that’s kind of common to most of research, right? I think the biggest take-home is that we just want to replicate this in a larger group of subjects for a prolonged period of time to really prove to ourselves that this is happening.

Musical components important for the Mozart K448 effect in epilepsy

Published in Scientific Reports on 16 September 2021

Introduction
Epilepsy impacts approximately 1% of the global population, and of these, 1/3 suffer from medication-resistant or refractory epilepsy. Besides seizures and their associated comorbidities, they also experience interictal epileptiform discharges (IEDs). IEDs arise from the brief, synchronous firing of neural populations typically involved with epileptic networks. Thus, IED-related interventions may provide insight into novel therapies for epilepsy and its related comorbidities.

An IED-related intervention with accumulating evidence is the use of music as a non-invasive, non-pharmacologic form of neuromodulation. Specifically, Mozart’s Sonata for Two Pianos in D Major (K448) has been shown to reduce ictal and interictal epileptiform activity in several scalp-EEG and fMRI studies. While effect sizes varied, a meta-analysis demonstrated that approximately 84% of subjects had significant IED reductions during Mozart’s K44813.

Apart from one other composition—Mozart’s Piano Sonata in C Major (K545)—the therapeutic properties of K448 could not be replicated with other musical stimuli. Stimuli previously tested were other Mozart compositions, Beethoven’s Fur Elise19, and a string version of K44810. This led to several theories about the mechanisms underlying Mozart’s therapeutic effects for epilepsy; however, the specific properties driving the “Mozart K448 effect” remain unknown.

Consequently, there is a general reluctance to fully accept this effect due to the unknown mechanism of K448 and to heterogeneous past findings that are likely linked with the use of different study protocols and inferior imaging modalities. The latter limitation is noteworthy, as scalp-EEG is much less sensitive for quantifying epilepsy-related outcomes, especially interictal events.

Method
We measured the influence that K448 had on intracranial interictal epileptiform discharges (IEDs) in 16 subjects undergoing intracranial monitoring for refractory focal epilepsy.

We found reduced IEDs during the original version of K448 after at least 30-s of exposure. Nonsignificant IED rate reductions were witnessed in all brain regions apart from the bilateral frontal cortices, where we observed increased frontal theta power during transitions from prolonged musical segments.

All other presented musical stimuli were associated with non-significant IED alterations. These results suggest that the “Mozart K448 effect” is dependent on the duration of exposure and may preferentially modulate activity in frontal emotional networks, providing insight into the mechanism underlying this response. Our findings encourage the continued evaluation of Mozart’s K448 as a non-invasive, non-pharmacological intervention for refractory epilepsy.

To our knowledge, this is the first study to systematically evaluate the relationship between musical segment boundaries and spectral power changes as they relate to the “Mozart K448 effect” in persons with epilepsy. Although previous studies have investigated the role of K448 on interictal and ictal activity, our study further demonstrates this effect using intracranial Stereo-EEG implants in an adult population with refractory epilepsy. We showed that the original version of K448 could effectively reduce IED rates with exposures as short as 30-s.

Our observation of no carry-over of the “Mozart K448 effect”, evident by no effect persisting into the post-stimulus periods, showed that 90-s of exposure was likely too short for a lasting impact on neural activity. This contrasts with previous work, which reported significant effects on seizure frequency in the post-treatment follow-up. For instance, Bodner et al showed a significant 33% reduction in seizures that persisted into the follow-up phase after K448 exposure, indicating that brief exposures of 90-s or less may invoke a less pronounced neural response than those witnessed with longer stimulus durations.

Findings
Nonetheless, our null IED findings for the altered music, music matched to K448, and music from subject-preferred genres, reinforce the claim that there might be something special about Mozart’s original composition, especially for interacting with the pathology of epilepsy. These findings reveal the importance of stimulus duration and encourage future work to determine the optimal duration of music for generating enduring therapeutic responses.