New findings may mean hundreds of thousands misdiagnosed with Alzheimer's 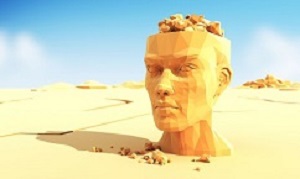 Hundreds of thousands of older people diagnosed with Alzheimer's disease are probably suffering from a different disease, which is why drugs trials keep failing, scientists have concluded. The Daily Telegraph reports that experts, who hailed the findings as the ‘most important research to be published in dementia in the past five years’, said that around one third of people over 85 are probably suffering from Late disease even though many show signs of Alzheimer’s.

Alzheimer’s is caused by the build-up of sticky plaques of amyloid and tau proteins in the brain which damages brain cells leading to memory loss and confusion. But, the report says, for years scientists had noticed that a large number of elderly people who died with symptoms of Alzheimer’s had no amyloid or tau in their brains at post-mortem. Instead they appeared to have a deadly build-up of different protein known as TDP-43.

The report says the finding is important because most drugs trials for Alzheimer’s have focussed on clearing out the amyloid, and all so far have failed, leading to big pharmaceutical companies abandoning research in the area.

Dr Pete Nelson at the University of Kentucky, who led the research with an international team, said: “Late disease probably responds to different treatments than Alzheimer’s, which might help explain why so many past Alzheimer's drugs have failed in clinical trial.
“We recently performed an autopsy on an individual diagnosed during life with Alzheimer’s, who had participated in a clinical trial. Turned out, he didn’t have Alzheimer’s at all, he had Late instead.

“Around one third of people over age 85 have this disorder, and since this demographic is predicted to increase greatly over the next few decades in Western countries, the public health impact of this disease will rise appreciably unless a therapeutic or preventive strategy is discovered.”

The report says around 850,000 people in Britain suffer from dementia and the majority were thought to have Alzheimer’s disease, including one quarter of the 1.2m over 85s. However, the new research suggests that much of the disease in the elderly is Late disease.

Now the National Institutes on Ageing (NIH) in the US has published new guidelines to help doctors to understand the progression of the new type of dementia and how to spot it. Like Alzheimer's disease, Late disease affects the memory and thinking capacity, and prevents people carrying out daily tasks. However, it develops more slowly than Alzheimer’s.

According to the report, the researchers found that roughly 25% of individuals over 85 years of age have enough misfolded TDP-43 protein to affect their memory or thinking abilities and more may have the disease without symptoms.

Professor Robert Howard, professor of old age psychiatry at University College London (UCL), said: “This is probably the most important paper to be published in the field of dementia in the last 5 years. It's not often that I have a new and potentially useful diagnosis to share with my patients and colleagues, but I am sure that I will be introducing Late to several of them over the next few weeks. Those of us who work in dementia have long been puzzled by our patients who have all the symptoms of Alzheimer's disease, but whose brains do not contain the pathological features of the condition. We have also been puzzled by a group of often very old patients whose dementia does not progress as rapidly as we would expect with Alzheimer's disease. We now know that these puzzling patients are probably suffering from Late.”

Charities said the new guidance could have a major impact on public health and open the door to new drugs which could finally help relieve both conditions.

Dr James Pickett, head of research at Alzheimer’s Society, said in the report: “Though at an early stage, this research is taking a real step forward by proposing a new sub-type of dementia. This evidence may also go some way to help us understand why some recent clinical trials testing treatment for Alzheimer’s disease have failed – participants may have had slightly different brain diseases.”

Dr Carol Routledge, director of research from Alzheimer’s Research UK, added: “To have the best chance of developing effective treatments, we have to improve the diagnosis of specific causes of dementia and develop targeted drugs that can be tested in the right patients at the right time.”

Abstract
We describe a recently recognized disease entity, limbic-predominant age-related TDP-43 encephalopathy (LATE). LATE neuropathological change (LATE-NC) is defined by a stereotypical TDP-43 proteinopathy in older adults, with or without coexisting hippocampal sclerosis pathology. LATE-NC is a common TDP-43 proteinopathy, associated with an amnestic dementia syndrome that mimicked Alzheimer’s-type dementia in retrospective autopsy studies. LATE is distinguished from frontotemporal lobar degeneration with TDP-43 pathology based on its epidemiology (LATE generally affects older subjects), and relatively restricted neuroanatomical distribution of TDP-43 proteinopathy. In community-based autopsy cohorts, ∼25% of brains had sufficient burden of LATE-NC to be associated with discernible cognitive impairment. Many subjects with LATE-NC have comorbid brain pathologies, often including amyloid-β plaques and tauopathy. Given that the ‘oldest-old’ are at greatest risk for LATE-NC, and subjects of advanced age constitute a rapidly growing demographic group in many countries, LATE has an expanding but under-recognized impact on public health. For these reasons, a working group was convened to develop diagnostic criteria for LATE, aiming both to stimulate research and to promote awareness of this pathway to dementia. We report consensus-based recommendations including guidelines for diagnosis and staging of LATE-NC. For routine autopsy workup of LATE-NC, an anatomically-based preliminary staging scheme is proposed with TDP-43 immunohistochemistry on tissue from three brain areas, reflecting a hierarchical pattern of brain involvement: amygdala, hippocampus, and middle frontal gyrus. LATE-NC appears to affect the medial temporal lobe structures preferentially, but other areas also are impacted. Neuroimaging studies demonstrated that subjects with LATE-NC also had atrophy in the medial temporal lobes, frontal cortex, and other brain regions. Genetic studies have thus far indicated five genes with risk alleles for LATE-NC: GRN, TMEM106B, ABCC9, KCNMB2, and APOE. The discovery of these genetic risk variants indicate that LATE shares pathogenetic mechanisms with both frontotemporal lobar degeneration and Alzheimer’s disease, but also suggests disease-specific underlying mechanisms. Large gaps remain in our understanding of LATE. For advances in prevention, diagnosis, and treatment, there is an urgent need for research focused on LATE, including in vitro and animal models. An obstacle to clinical progress is lack of diagnostic tools, such as biofluid or neuroimaging biomarkers, for ante-mortem detection of LATE. Development of a disease biomarker would augment observational studies seeking to further define the risk factors, natural history, and clinical features of LATE, as well as eventual subject recruitment for targeted therapies in clinical trials.