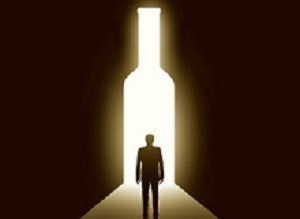 The US National Institutes of Health will shut down a controversial industry-funded study of moderate drinking and heart disease after a task force found severe ethical and scientific lapses in the study’s planning and execution. Stat News reports that this is according to the agency’s director Francis Collins who said that when NIH staffers are “conducting activities that they are trying to hide from other staff it is “a flashing neon” sign.

The way NIH officials secured funding for the research “casts doubt” on whether “the scientific knowledge gained from the study would be actionable or believable,” according to the task force’s scathing presentation to NIH officials. The group examining the Moderate Alcohol and Cardiovascular Health (MACH) Trial also found that, starting in 2013, “there was early and frequent engagement” between NIH officials and the alcohol industry that appeared to be “an attempt to persuade industry to support the project. Several members of the National Institute on Alcohol Abuse and Alcoholism (NIAAA) staff kept key facts hidden from other institute staff members.”

The report says the damning conclusions about the study included that “the nature of the engagement with industry representatives calls into question the impartiality of the process,” the head of the task force, NIH principal deputy director Lawrence Tabak, said.

The report says researchers who have criticised the study applauded NIH’s decision to terminate it. The decision “is the appropriate response to the egregious violation of NIH policy” by the NIAAA, which green-lighted the study, said public health scientist Michael Siegel of Boston University. “NIAAA undermined its own scientific integrity by soliciting and accepting alcohol industry funding to study the health ‘benefits’ of alcohol.” Ending MACH “will help ensure that this fiasco is never repeated.”

The drinking study had raised concerns because NIH officials had solicited funding for the $100m project from liquor companies, with the money funnelled through the private NIH Foundation, the report says.

Scientists proposing the study told alcohol executives in 2014 that it “represents a unique opportunity to show that moderate alcohol consumption is safe and lowers risk of common diseases,” in particular heart disease. The scientists also told industry officials that the randomised controlled study would offer the “level of evidence (that) is necessary if alcohol is to be recommended as part of a healthy diet.”

Last month, amid those and other ethical concerns, NIH suspended enrolment in the multi-centre clinical trial – MACH15. This was after Collins in March, asked a working group of his advisory committee to examine the study’s design and methodology, as well as whether NIH officials violated NIH policy in pitching the study to the alcohol industry.

The group’s investigation also found that there were so many interactions between the scientist eventually chosen to lead the study, Dr Kenneth Mukamal of Beth Israel Deaconess Medical Centre, and NIH officials that he had “a competitive advantage not available to other applicants” to conduct such a study.

The report says perhaps worst of all, the working group found that interactions among Mukamal, officials at NIAAA, and the liquor industry undermined the study’s scientific integrity. Those interactions “appear to intentionally bias the framing of the scientific premise in the direction of demonstrating a beneficial health effect of moderate alcohol consumption,” the task force’s report said.

One of NIH’s key principles is to award research funding “competitively,” meaning that only the best proposals receive financial support. In the MACH study, however, the “early” and “sustained” interactions between NIAAA staff and Mukamal gave him an unfair advantage, the investigators found, and “effectively steered funding” to him. NIH said it would take “appropriate personnel actions,” but declined to specify them.

The report says the study also had numerous scientific flaws, the working group found, including too few patients and insufficient follow-up time, with the result that “the trial could show benefits while missing harms.”

Before enrolment in the trial was suspended, it had attracted 105 participants and spent $4m of NIAAA money. NIAAA director George Koob, who joined the institute after the problematic interactions between staff and industry, called the MACH trial “irrevocably damaged,” and agreed that it should be shut down.

Beth Israel is quoted in the report as saying, meanwhile, that it is “deeply committed to ensuring the scientific and ethical integrity of any research study involving our investigators,” adding that Mukamal “is an experienced researcher who has led dozens of important studies over his career. We take the working group’s findings very seriously and will review the report carefully.”

“Many of the (NIH staff) who have seen the Working Group report were frankly shocked to see that so many lines were crossed,” Science Mag reports Collins said in describing the findings. For instance, he said, it was clear that backers of the study had manipulated the research plan to ensure an outcome favourable to the sponsors, which included five companies – Anheuser-Busch InBev, Carlsberg Group, Diageo, Heineken, and Pernod Ricard…

The 10-year trial aimed to enrol 7,800 participants, with the active arm consuming one serving of alcohol each day and the control group none, to measure if moderate alcohol consumption prevents the development of cardiovascular disease and diabetes, as has been suggested by earlier studies.

But the working group enlisted the opinions of epidemiologists and concluded that the study proponents appeared “to intentionally bias the framing of the scientific premise in the direction of demonstrating a beneficial health effect of moderate alcohol consumption.” The epidemiologists said the study did not plan to enrol enough patients or allow enough follow-up time to assess whether moderate alcohol consumption also increases cancer risks. They concluded that “the trial could show benefits while missing the harms.”

The report says the huge study was to have been funded mostly by the alcohol industry through donations to the Foundation for the National Institutes of Health (FNIH), a non-profit established by Congress that is meant to provide a firewall between donors and the studies they fund, preventing them from influencing trial designs to promote particular outcomes. The working group found that senior NIAAA officials kept FNIH officials in the dark about their courting of alcohol companies.

Mukamal and three members of NIAAA leadership had “sustained interactions” from at least 2013, prior to and during development of the funding opportunity announcements for both the planning and main grants to fund the MACH trial, said Tabak. “These interactions appear to have provided the eventual PI with a competitive advantage not available to any other applicant and effectively this steered funding to this investigator.”

The report says Collins praised The New York Times for revealing the actions of the alcohol institute officials in an article published in March, when, Collins said, he realised “this was a matter that needed really serious consideration.” At the time the trial was suspended, 105 people were enrolled. “Those are 105 people to whom we owe all kinds of information,” Collins said.

The report says the NIH is now undertaking a 60-day study to try to locate any other agency-funded projects that may have been compromised by donor influence or improper inside tracks for favoured investigators. (In the case of the MACH trial, Mukamal was the only applicant for awards NIH solicited for both planning and execution phases of the study.)

“We will see what we get from the new investigation and come up with an appropriate plan for interventions,” Collins said. “My expectation is that the MACH study is an unusual outlier, but I want to be sure I’m right. And this is the only way to find out.”

For some, the report says, the NIH’s internal investigation does not go far enough. “The shocking allegations” about the “aggressive campaign” by NIH officials to solicit industry funding require an independent investigation, says Michael Carome, the director of the health research group at Public Citizen, a watchdog organisation in Washington, DC In April, Public Citizen and 13 other groups asked Alex Azar, the secretary of health and human services (HHS), NIH’s parent department, to request an investigation by the HHS inspector general.