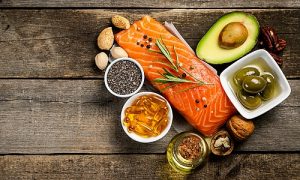 Higher levels of omega-3 in the blood predicted improved all-cause mortality in people over 65, reports an international study drawing on data over 11-years from the Framingham Offspring Cohort, published in The American Journal of Clinical Nutrition. Separately, investigators from Brigham and Women's Hospital and elsewhere have released a systematic review and meta-analysis of 38 randomised controlled trials of omega-3 fatty acids and found that omega-3 fatty acids improved cardiovascular outcomes.

The Brigham and Women’s Hospital meta-analysis, published in eClinical Medicine, contradicts the findings of an earlier Cochrane Review.

Researchers said that omega-3 levels in blood erythrocytes (the so-called red blood cells) are very good mortality risk predictors. The study concludes that “Having higher levels of these acids in the blood, as a result of regularly including oily fish in the diet, increases life expectancy by almost five years,” as Dr Aleix Sala-Vila, a postdoctoral researcher in the IMIM's Cardiovascular Risk and Nutrition Research Group and author of the study, points out.

In contrast, “Being a regular smoker takes 4.7 years off your life expectancy, the same as you gain if you have high levels of omega-3 acids in your blood,” he adds.

In an interview with MedPage Today, study co-author Dr William S Harris, explained that doctors should encourage their patients to increase their omega-3 levels alongside addressing the other important risk factors, such as cholesterol and blood pressure.

The study did have certain limitations. For example, because of the study design, “You cannot be sure that some other factor that is associated with higher omega-3 levels — such as a healthy lifestyle — isn’t really what’s important in predicting risk for death,” Harris said

Nutritionist Kristin Kirkpatrick, who was not involved with the study commented: “It’s notable that this study not only looked at the benefit that overall omega-3 fatty acid intake may have in benefiting longevity, but also that it can lead to diet recommendations based on biomarkers, such as blood concentrations of types of omega-3s.”

“The study also recommended discussing consuming fatty fish as well,” said Kirkpatrick. “This is consistent with other studies, which show that fatty fish consumption can benefit brain health (including mental health outcomes) and longevity. I’m not surprised by the research but would love to see if outcomes are consistent between both supplemental and whole food forms.”

The study analysed data on blood fatty acid levels in 2,240 people over the age of 65, who were monitored for an average of 11 years.

The aim was to validate which fatty acids function as good predictors of mortality, beyond the already known factors. The results indicate that four types of fatty acids, including omega-3, fulfil this role. It is interesting that two of them are saturated fatty acids, traditionally associated with cardiovascular risk, but which, in this case, indicate longer life expectancy.

"This reaffirms what we have been seeing lately," said Sala-Vila, "that not all saturated fatty acids are necessarily bad." Indeed, their levels in the blood cannot be modified by diet, as happens with omega-3 fatty acids.

These results may contribute to the personalisation of dietary recommendations for food intake, based on the blood concentrations of the different types of fatty acids.

"What we have found is not insignificant. It reinforces the idea that small changes in diet in the right direction can have a much more powerful effect than we think, and it is never too late or too early to make these changes," added Sala-Vila.

The researchers will now try to analyse the same indicators in similar population groups, but of European origin, to find out if the results obtained can also be applied outside the United States. The American Heart Association recommends eating oily fish such as salmon, anchovies or sardines twice a week because of the health benefits of omega-3 acids.

The study authors, said in a release, that for decades, there has been great interest in whether omega-3 fatty acids can lower rates of cardiovascular events.

In 2018, results from the Reduction of Cardiovascular Events with Icosapent Ethyl-Intervention Trial (REDUCE-IT) were published in the New England Journal of Medicine and showed that a high dose of a purified ethyl ester of eicosapentaenoic acid (EPA) in patients at elevated cardiac risk significantly reduced cardiovascular events. Results from the trial led to US.Food and Drug Administration, Health Canada, and European Medicines Agency approval of the prescription drug icosapent ethyl for reducing cardiovascular risk in patients with elevated triglycerides, as well as updates to worldwide guidelines.

But prior and subsequent studies of omega-3 fatty acid supplements that combine EPA and docosahexaenoic acid (DHA) have had mixed results. Investigators from Brigham and Women's Hospital and elsewhere conducted a systematic review and meta-analysis of 38 randomized controlled trials of omega-3 fatty acids. Overall, they found that omega-3 fatty acids improved cardiovascular outcomes. Results, now published in eClinical Medicine, showed a significantly greater reduction in cardiovascular risk in studies of EPA alone rather than EPA+DHA supplements.

“REDUCE-IT has ushered in a new era in cardiovascular prevention," said senior author Deepak L. Bhatt, MD, MPH, the executive director of Interventional Cardiovascular Programs at the Brigham and lead investigator of the REDUCE-IT trial. "REDUCE-IT was the largest and most rigorous contemporary trial of EPA, but there have been other ones as well. Now, we can see that the totality of evidence supports a robust and consistent benefit of EPA."

The researchers note that there are crucial biological differences between EPA and DHA — while both are considered omega-3 fatty acids, they have different chemical properties that influence their stability and strength of the effect that they can have on cholesterol molecules and cell membranes. No trials to date have studied the effects of DHA alone on cardiovascular outcomes.

“This meta-analysis provides reassurance about the role of omega-3 fatty acids, specifically prescription EPA," said Bhatt. "It should encourage investigators to explore further the cardiovascular effects of EPA across different clinical settings.”

Background
RBC long-chain omega-3 (n–3) fatty acid (FA) percentages (of total fatty acids) are associated with lower risk for total mortality, but it is unknown if a suite of FAs could improve risk prediction.

Objectives
The objective of this study was to compare a combination of RBC FA levels with standard risk factors for cardiovascular disease (CVD) in predicting risk of all-cause mortality.

Conclusions
In this community-based population in their mid-60s, RBC FA patterns were as predictive of risk for death during the next 11 y as standard risk factors. Replication is needed in other cohorts to validate this FA fingerprint as a predictor of all-cause mortality.

Effect of omega-3 fatty acids on cardiovascular outcomes: A systematic review and meta-analysis

Published in eClinical Medicine on 8 July 2021

Methods
We searched EMBASE, PubMed, ClinicalTrials.gov, and Cochrane library databases through June 7, 2021. We performed a meta-analysis of 38 randomized controlled trials of omega-3 FAs, stratified by EPA monotherapy and EPA+DHA therapy. We estimated random-effects rate ratios (RRs) with (95% confidence intervals) and rated the certainty of evidence using GRADE. The key outcomes of interest were cardiovascular mortality, non-fatal cardiovascular outcomes, bleeding, and atrial fibrillation (AF). The protocol was registered in PROSPERO (CRD42021227580).