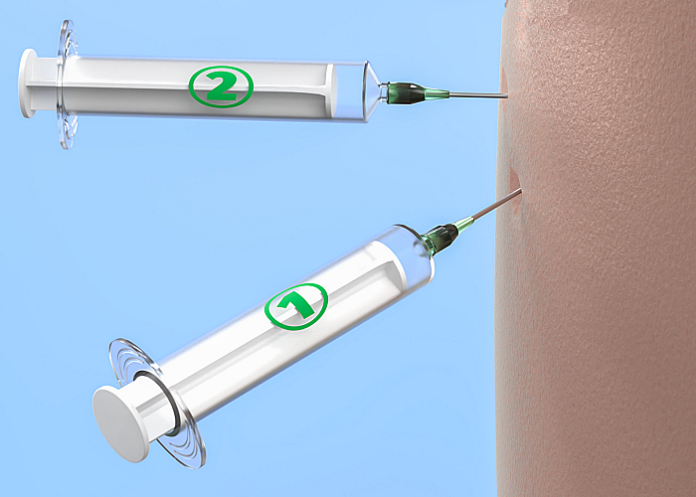 Administering a second COVID-19 vaccine booster offers little benefit for healthy healthcare professionals, according to a study at the Sheba Medical Center in Tel-Aviv.

After the fourth dose, both messenger RNA (mRNA) vaccines increased neutralising antibody titres to titres slightly higher than those obtained after the third dose, with no significant difference between the two vaccines. At the same time, antibody levels in the control group continued to decrease.

Both vaccines induced an increase in neutralisation of the Omicron variant and other viral strains that was similar to the response after the third dose.

The fourth dose did not lead to any significant adverse reactions in most recipients beyond mild local and systemic symptoms.

Most of the infected healthcare professionals reported negligible symptoms, both among the controls and among those who received the second booster. However, viral loads were relatively high, so individuals were very likely contagious in all cases.

The main limitations of the study, which was published in The New England Journal of Medicine, are its small population size and non-randomised design. Furthermore, there was a one-week gap between the injections in the two intervention groups (Moderna and Pfizer), which could have led to potential biases. In addition, adherence to the weekly SARS-CoV-2 screening was slightly lower in the control group.

Finally, regarding positive cases, because genome sequencing was not performed, it is not certain that all of the infections were caused by the Omicron variant: “However, during the study period, Omicron accounted for 100% of the isolates,” said the investigators.

“Our data provide evidence that a fourth dose of mRNA vaccine is immunogenic, safe, and somewhat efficacious (primarily against symptomatic disease),” they concluded, adding that “our results suggest maximal immunogenicity of mRNA vaccines is achieved after three doses and that antibody levels can be restored by a fourth dose”.

Warning from WHO and EU regulator against repeat COVID boosters