HomeA FocusPrenatal DNA testing is booming. Many tests are wrong 90% of the...
A FocusObstetrics

Prenatal DNA testing is booming. Many tests are wrong 90% of the time 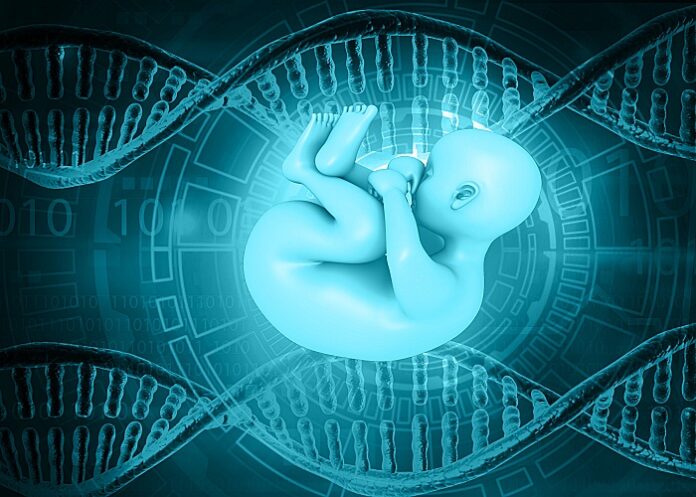 Noninvasive prenatal tests (NIPTs) are being sold aggressively to would-be parents as an early warning of chromosomal abnormalities, permitting a choice between preparing to raise a child with a serious genetic condition or aborting, writes MedicalBrief. But laboratories mostly don’t disclose that for rarer conditions, false positives range between 85%-93%.

An investigation last month by The New York Times found that 8 out of 14 patients who got false positives for genetic disorders “said they never received any information [from the laboratory] about the possibility of a false positive”, and “five recalled that their doctor treated the test results as definitive”. A 2014 study found that 6% of patients who received a positive result from an NIPT, went on to obtain an abortion without getting another test to confirm the result.

Following newspaper’s expose, the US prenatal genetic testing company, Natera, is now being investigated, after The New York Times found that that testing for a range of genetic microdeletion disorders in unborn babies was wrong most of the time. Microdeletion disorders occur when small fragments of DNA are not present. This can have a range of effects from mental and physical disabilities to no effect at all.

NIPT screening is booming worldwide. An Research & Markets analysis in December 2021 from  estimated the global market for the tests – using DNA from the foetus in a sample of a mother's blood to determine the baby's gender and the risk for chromosomal abnormalities – at US$2.9bn in 2021, growing at a annual compounded rate of 15.8% to reach US$12.6bn in 2031.

In 2012, only four US laboratories offered NIPTs, mainly to mothers over the age of 35 and for the purposes of screening for Down’s syndrome. By 2019, the number of laboratories offering these tests had risen to over 40.

Today, in  many countries, NIPTs are offered routinely to mothers of all ages and for an ever-growing list of genetic conditions, with the US lab Natera screening for 25 genetic conditions. The American College of Obstetricians and Gynecologists (ACOG) recommends that prenatal genetic screening options should be discussed and offered to all pregnant patients regardless of maternal age or risk of chromosomal abnormality and approximately a third undergo NIPT testing.

The tests, developed as they are by private laboratories, are not subject to regulation by the US Food and Drug Administration, which makes for a market free-for-all. NIPTs tests are not registered in a public database, product labelling is not reviewed or approved to ensure its comprehensiveness or accuracy, and there is no requirement for marketing claims to be supported by evidence. Furthermore, there is no government agency with the power to recall faulty tests.

While NIPTs perform well at predicting relatively common conditions such as Down’s syndrome, the waters get murkier with predicting rarer conditions—such as DiGeorge syndrome, which affects one in every 4,000 births, and Prader-Willi syndrome, which affects one in 20,000. The New York Times reported that for DiGeorge syndrome, a positive result has an 81% chance of being wrong. For Prader-Willi, there's a 93% chance of a false positive.The tests initially looked for Down syndrome and worked very well. But as manufacturers tried to outsell each other, they began offering additional screenings for increasingly rare conditions.

The grave predictions made by those newer tests are usually wrong, the investigation by The New York Times found:

“On product brochures and test result sheets, companies describe the tests to pregnant women and their doctors as near certain. They advertise their findings as ‘reliable’ and ‘highly accurate’, offering ‘total confidence’ and ‘peace of mind’ for patients who want to know as much as possible.

“Some of the companies offer tests without publishing any data on how well they perform, or point to numbers for their best screenings while leaving out weaker ones. Others base their claims on studies in which only one or two pregnancies actually had the condition in question,” the paper writes.

To evaluate the newer tests, The NYT interviewed researchers and then combined data from multiple studies to produce the best estimates available of how well the five most common microdeletion tests perform:

DiGeorge syndrome
Affects 1 in 4,000 births
Can cause heart defects and delayed language acquisition. (May appear on lab reports as 22q.)
81%wrong

Cri-du-chat syndrome
1 in 15,000 births
Can cause difficulty walking and delayed speech development.
80%wrong

Wolf-Hirschhorn syndrome
1 in 20,000 births
Can cause seizures, growth delays and intellectual disability.
86%wrong

Prader-Willi and Angelman syndromes
1 in 20,000 births
Can cause seizures and an inability to control food consumption.
93%wrong

The New York Times explained why it focused on those five tests:

Testing companies currently offer seven microdeletion screenings. But two syndromes — Langer-Giedion and Jacobsen — are so rare that there is not enough data to understand how well the tests work. A few other tests for conditions that are not caused by microdeletions are also widely offered, with varying degrees of reliability. The screenings for Patau syndrome (which often appears on lab reports as ‘trisomy 13’) and Turner syndrome (‘monosomy X’) also generate a large percentage of incorrect positives, while the screenings for Down syndrome (‘trisomy 21’) and Edwards syndrome (‘trisomy 18’) work well, according to experts.”

The New York Times said that according to some of the experts consulted, the blood screenings that look for the rarest conditions are “good for little more than bolstering testing companies’ bottom lines”. “Itʼs like running mammograms on kids,” said Mary Norton, an obstetrician and geneticist at the University of California, San Francisco. “The chance of breast cancer is so low, so why do it? I think itʼs purely a marketing thing.”

When patients receive a positive result, they are supposed to go for follow-up very expensive testing, involving the drawing of amniotic fluid or a sample of placental tissue. This costs thousands of dollars, runs a small risk of miscarriage and canʼt be performed until later in pregnancy — in some jurisdictions, past the point where abortions are legal.

Writing on FindLaw, Dr Camila Laval, says that the lack of FDA oversight does not necessarily mean a lack of accountability in the case of inaccurate test results. In the US, the routes for litigation included:

The New York Times article – When They Warn of Rare Disorders, These Prenatal Tests Are Usually Wrong (Restricted access)

High levels of oestrogen in the womb linked to autism