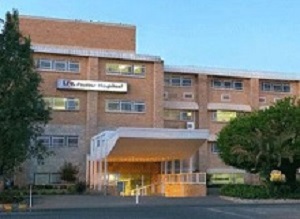 A Pretoria couple are claiming R1.5m in damages from the Louis Pasteur Private Hospital for the trauma they had to endure when they walked in on one of their newly born twins who had died in her cot, reports Pretoria News.

Obakeng Moromane and his wife, Kelebogile Hoeane, said while the hospital told them they were calling a priest to pray for the child, they were told the baby was about to die. However, when they later checked on the child, she was dead in her cot in hospital.
They subsequently turned to the Gauteng High Court Pretoria, where each parent claimed R750,000 in damages for shock and trauma.

The report says the twins were born on 22 November 2016, at the Louis Pasteur Hospital. Both were born prematurely at 33 weeks and they had to remain at the hospital after the mother was discharged. The first-born baby, Bonang, was diagnosed with gastrointestinal complications, but it was later found that she suffered from Hirschsprung’s disease (a condition which affects the large intestine).

Over the following few weeks, the report says the condition of the baby gradually worsened and she was transferred to the neonatal intensive care section of the hospital. Although she was put on a ventilator to assist with her breathing, she was fully conscious and responsive. Her parents said they were hopeful that she would recover.

On 20 December, 2016, at about lunchtime, the mother visited the child in hospital. As she was leaving, a staff nurse told her she would arrange for a priest to “come and pray for the children”. The report says the mother said in court papers no further details or explanation was given as to why the priest had to be called. After the mother left the hospital, a certain Father Lawrence, who is unknown to the parents, called the mother to inform her he had “prayed” for the children. It later transpired that the priest, in fact, baptised both twins without the knowledge or consent of the parents.

The report says the mother shortly afterwards received a call from the hospital to tell her that one of twins was not doing well. The paediatrician also phoned to tell her the baby was not well at all. The parents rushed to the hospital and went straight to the ward where the baby was admitted. There was a nurse outside the entrance to the room who did not say anything to the parents. According to them she simply allowed them into the room.

Not being aware that the baby had died, the report says the mother walked to the bed and spoke to the baby to comfort and assure her that she will be fine. When she gently touched the baby she realised that there was blood coming from her nose. She tried to pick the baby up, but realised the body was stiff. Both parents went to enquire from the nurse why the baby was bleeding through her nose. They claimed that they were “coldly” – and to their shock – that that the baby had passed away.

The mother broke down and wept bitterly, it was stated in court papers. The report says they claimed that they did not receive much compassion from the staff. It was stated that the “experience of the careless manner in which they learnt about the death of their child, the blunt exposure to the lifeless body and the inhospitality suffered at the hands of the staff, left the parents with psychological trauma”.

The report says the hospital, meanwhile, in an interlocutory application, objected to the summons issued against it by the parents. Counsel for the hospital said the couple failed to set out any facts as to why they claimed the hospital's conduct was wrong.

Judge Elizabeth Kubushi turned this down, the report says.