Vaccine hesitancy — one of the world's top 10 health threats 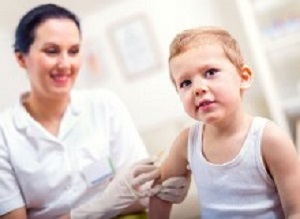 The World Health Organisation has ranked vaccine hesitancy – growing resistance to widely available lifesaving vaccines – as one of the top 10 health threats in the world for 2019. The New York Times Editorial Board writes that that news will not come as a surprise in New York City, where the worst measles outbreak in decades is now underway. Nor in California or Minnesota, where similar outbreaks unfolded in 2014 and 2017, respectively. Nor in Texas, where some 60,000 children remain wholly unvaccinated thanks in part to an aggressive anti-vaccine lobby.

They write that leading global health threats typically are caused by the plagues and perils of low-income countries — but vaccine hesitancy is as American as can be.

They write: “According to the Centres for Disease Control and Prevention, the percentage of children who are unvaccinated has quadrupled since 2001, even though the overall utilisation of most vaccines remains high. More than 100,000 American infants and toddlers have received no vaccines whatsoever, and millions more have received only some crucial shots.

“It’s no mystery how we got here. On the internet, anti-vaccine propaganda has outpaced pro-vaccine public health information. The anti-vaxxers, as they are colloquially known, have hundreds of websites promoting their message, a roster of tech- and media-savvy influencers and an aggressive political arm that includes at least a dozen political action committees. Defence against this onslaught has been meagre.

“The CDC, the nation’s leading public health agency, has a website with accurate information, but no loud public voice. The US Surgeon General’s office has been mum. So has the White House — and not just under the current administration. That leaves just a handful of academics who get bombarded with vitriol, including outright threats, every time they try to counter pseudoscience with fact.”

The Editorial Board writes that the consequences of this disparity are substantial: a surge in outbreaks of measles, mumps, pertussis and other diseases; an increase in influenza deaths; and dismal rates of HPV vaccination, which doctors say could effectively wipe out cervical cancer if it were better utilised. But infectious disease experts warn that things could get much worse. Trust in vaccines is being so thoroughly eroded, they say, that these prevention tools are in danger of becoming useless.

The next major disease outbreak “will not be due to a lack of preventive technologies,” Heidi Larson, a professor at the London School of Hygiene and Tropical Medicine, writes in the journal Nature, but to an “emotional contagion, digitally enabled.”

The Editorial Board writes that thwarting this danger will require a campaign as bold and aggressive as the one being waged by the anti-vaccination contingent. And to launch such a campaign would require overcoming strong inertia: a waning public health apparatus, countervailing politics and a collective amnesia over the havoc the diseases in question once wrought. But to succeed would be to rescue from oblivion one of the greatest triumphs of human ingenuity over disease — and to save countless lives.

Theywrite: “Here’s how to get started.

“Get tough. After the 2014 California measles outbreak, the state eliminated non-medical exemptions for mandatory vaccinations. After a similar outbreak in Michigan, health officials there began requiring individuals to formally consult with their local health departments before opting out of otherwise-mandatory shots. In both cases, these tougher policies drove up vaccination rates. Other states ought to follow this lead, and the federal government should consider tightening restrictions around how much leeway states can grant families that want to skip essential vaccines.

“Be savvy. The Vaccine Confidence Project is a London-based academic endeavour that monitors anti-vaccine websites for rumours and conspiracies and addresses them before the messages go viral. It also conducts regular surveys of attitudes and puts out a vaccine confidence index. Federal health officials would do well to implement a similar program, make it as public as possible and pair it with an aggressive and targeted social media campaign that makes as much use of celebrities as the anti-vaccine movement has.

“Be clear. Vaccines, to some extent, are victims of their own success. In the US especially, they’ve beaten so many infectious foes into oblivion that hardly any practicing doctors, let alone new parents, remember how terrible those diseases once were. An effective pro-vaccine campaign needs to remind us: Vaccines prevent 2m to 3m deaths globally each year. In developing countries, people line up for hours to get these shots. It’s also OK to get out of the grey zone. Scientists, especially, are uncomfortable with black-and-white statements, because science is all about nuance. But, in the case of vaccines, there are some hard truths that deserve to be trumpeted. Vaccines are not toxic, and they do not cause autism. Full stop.

“Know the enemy. The arguments used by people driving the anti-vaccination movement have not changed in about a century. These arguments are effective because they are intuitively appealing – but they are also easily refutable. Instead of ignoring these arguments, an effective pro-vaccine campaign would confront them directly, over and over, for as long as it takes. Yes, there are chemicals in vaccines, but they are not toxic. No, vaccines can’t overwhelm your immune system, which already confronts countless pathogens every day.

“Know the audience. Not every parent with concerns about vaccination is a rabid conspiracy theorist bent on resisting inoculation forever. In fact, studies suggest that less than 2% of all parents fall into this category. The rest of vaccine-hesitant families sit along a spectrum. Some reject all vaccines but are still open to receiving information. Others are only worried about one specific vaccine. And others still are merely anxious and looking for reliable information. Any successful campaign will need to mind this diversity and prioritize listening to concerns as much as dispelling myths.

“Enlist the right support. Some doctors and scientists have referred to ‘uneventful vaccination’ as ‘The Greatest Story Never Told.’ Though they may not spread on the internet like the stories of terrible mishaps that anti-vaxxers traffic in, these far more common tales of inoculation without incident can be a powerful elixir for a nervous new parent. The best ambassadors of these stories are likely to be parents themselves. Surveys suggest that pro-vaccine families are often eager to help counter misinformation, but they don’t know where to start. If health officials corralled these families and trained them in the basics of vaccine science, they might succeed where official voices sometimes fail.”