HomeA FocusSA study suggests flu shots for children could be effective in reducing...
A FocusInfectious Diseases 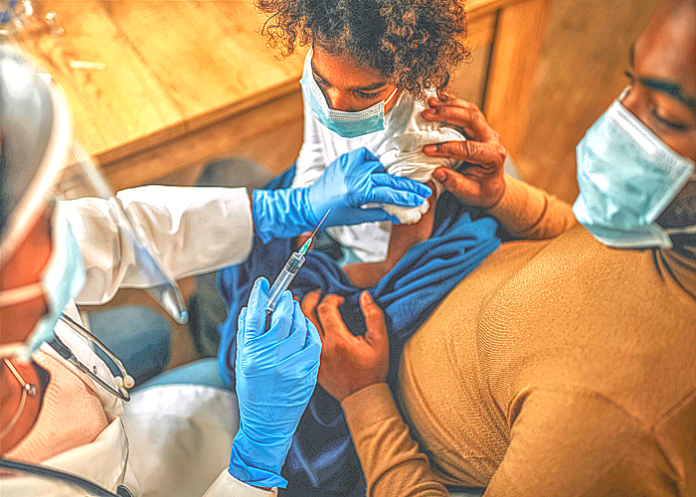 Vaccination of children might be effective in reducing influenza transmission in  African settings – not only among this at-risk group but the community in general – found a South African study in The Lancet Global Health.

Seasonal influenza causes approximately 300,000–600,000 respiratory deaths globally annually, with the highest rates in sub-Saharan Africa. The, burden of mild influenza illness is higher in younger individuals (<5 years), and more severe illness occurs in extremes of age (<5 years and >60 years) and in individuals with underlying medical conditions, such as HIV.

The PHIRST population cohort study was conducted between 2017-18 in an urban and rural community in South Africa by researchers from the SA National Institute of Communicable Diseases and the University of the Witwatersrand, among others.

Dr Thinus Marais of pharmaceutical group Sanofi Pasteur, said this that because of non-pharmaceutical interventions like mask-wearing and social distancing, the numbers of flu cases reported in 2020 and 2021 were reduced. Now a resurgence is expected. “Flu vaccination is even more important now, given that simultaneous infection with flu and COVID can result in severe disease.”

The, burden of mild influenza illness is higher in younger individuals (<5 years), and more severe illness occurs in extremes of age (<5 years and >60 years) and in individuals with underlying medical conditions, such as HIV, the study noted.  In addition to severe illness, milder influenza illness episodes might be associated with substantial effect on society, including absenteeism and loss of income.

“Influenza vaccination is recommended for individuals at high risk of severe outcomes—including people older than 65 years, pregnant women, and adults with HIV—but, due to restricted resources, influenza vaccine coverage remains low (<5%). Vaccination strategies targeting community influenza transmitters might be more cost-effective than risk-group based strategies, particularly in settings, such as South Africa, in which vaccination rates and care seeking in high risk groups remain low,” found the study.

Stellenbosch University professor of virology Wolfgang Presider said in the Sunday Times that schools are “breeding grounds” for flu, and children are a major factor in transmission and severe illness.

Preiser said: “The measures that contained COVID also worked against influenza transmission, especially school closures, as schools are thought to be breeding grounds from where influenza spreads to families and beyond.”

He recommends immunisation against flu every season, especially high-risk groups and those in close contact with them. COVID and flu vaccines could safely be taken concurrently, he added Vaccination can reduce the number of flu hospitalisations by 25%-39% and has also been shown to reduce overall mortality by up to 75% during flu seasons.

Asymptomatic transmission and high community burden of seasonal influenza in an urban and a rural community in South Africa, 2017–18 (PHIRST): a population cohort study

Published in The Lancet Global Health

Summary
Background
Data on influenza community burden and transmission are important to plan interventions especially in resource-limited settings. However, data are limited, particularly from low-income and middle-income countries. We aimed to evaluate the community burden and transmission of influenza in a rural and an urban setting in South Africa.

Methods
In this prospective cohort study approximately 50 households were selected sequentially from both a rural setting (Agincourt, Mpumalanga Province, South Africa; with a health and socio-demographic surveillance system) and an urban setting (Klerksdorp, North West Province; using global positioning system data), enrolled, and followed up for 10 months in 2017 and 2018. Different households were enrolled in each year. Households of more than two individuals in which 80% or more of the occupants agreed to participate were included in the study.

Nasopharyngeal swabs were collected twice per week from participating household members irrespective of symptoms and tested for influenza using real-time RT-PCR. The primary outcome was the incidence of influenza infection, defined as the number of real-time RT-PCR-positive episodes divided by the person-time under observation. Household cumulative infection risk (HCIR) was defined as the number of subsequent infections within a household following influenza introduction.

Interpretation
Approximately half of influenza infections were symptomatic, with asymptomatic individuals transmitting influenza to 6% of household contacts. This suggests that strategies, such as quarantine and isolation, might be ineffective to control influenza. Vaccination of children, with the aim of reducing influenza transmission might be effective in African settings given the young population and high influenza burden.

The Lancet article – Asymptomatic transmission and high community burden of seasonal influenza in an urban and a rural community in South Africa, 2017–18 (PHIRST): a population cohort study (Open access)

Flu jab has seasonal heart benefits and cuts pneumonia by 42%