Flu jab has seasonal heart benefits and cuts pneumonia by 42% 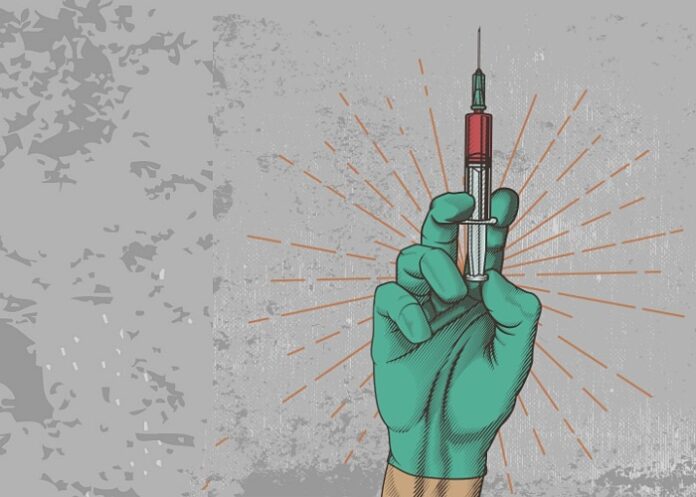 People with heart failure who received an annual influenza vaccine had a reduction in major cardiovascular events during peak influenza season but not year-round, found the 10-country IVVE trial presented at the American College of Cardiology annual scientific session. Rates of pneumonia and subsequent hospitalisations were 42% and 15% lower.

However, taken together, “it speaks to the importance of vaccinating patients with HF against influenza,” said lead author Dr Mark Loeb.

The Influenza Vaccine to Prevent Adverse Vascular Events (IVVE) trial took place from 2016 to 2019 in 10 countries in parts of Asia, the Middle East, and Africa, where influenza vaccination is uncommon.

After either the influenza vaccine or placebo, there was no significant difference in the percentage of patients experiencing a composite outcome of cardiovascular death, non-fatal myocardial infarction (MI), or non-fatal stroke (14.8% vs 16%, respectively), said the study’s author, Dr Mark Loeb, of McMaster University in Canada. And a similar proportion of patients experienced this composite outcome or hospitalisation for heart failure (20.3% vs 22.1%), Loeb said in his virtual oral presentation at the annual scientific session of the American College of Cardiology (3 April) in Washington.

The researchers had considered that because influenza is associated with an increase in the risk of cardiac and other vascular events, then vaccination against influenza might reduce these types of complications. The researchers tracked more than 5,000 patients with heart failure in various countries across these areas, where few people have a regular influenza vaccination. They received either flu vaccines or a placebo annually between June 2015 and November 2021.

Researchers randomly assigned participants with New York Heart Association (NYHA) Class II to IV heart failure to receive either an inactivated influenza vaccine (trivalent or quadrivalent if available) or placebo annually for up to three years.

Loeb and colleagues assigned 2,560 participants to the vaccine group and 2,569 to placebo. Mean age of the participants was about 57, and 51.4% were women. Participants were followed for a median of 2.4 years.

However, rates of pneumonia and hospitalisations were 42% and 15% lower, respectively, in the flu shot group. Also, when the analysis was limited to peak flu season, the flu vaccine group saw a significant drop in the first primary endpoint (7.7% vs 9.4%) as well as reductions in all-cause (8.4% vs 10.6%) and CV death (6.7% vs 8.7%) compared with placebo.

Loeb noted that while there were no significant differences in the primary endpoints, there was a significant between-group difference in the secondary outcomes of pneumonia and hospitalisation.

When examining peak influenza circulation, the influenza vaccine was associated with reduction in all deaths and in cardiovascular deaths, Loeb said. There was also a decrease in hospitalisations during the peak of the influenza season if the individual had been vaccinated.

“These findings highlight the immense importance of vaccinating patients with heart failure against the flu,” said Loeb, professor of pathology and molecular medicine and infectious disease physician.

“The vaccine keeps you out of hospital and it really does mean the difference between life and death for patients with heart failure, especially during the peak flu season. These results are yet more proof that vaccines save lives.”

The study is the first clinical trial of the flu vaccine’s effectiveness in patients with heart failure, but previous observational studies found a lower incidence of cardiovascular events and deaths in vaccinated people.

While flu has long been associated with an increased risk of life-threatening cardiovascular events, Loeb said that people with heart failure are already vulnerable to poor health outcomes.

Patients with the condition have a 50% chance of dying within five years, while 20% are hospitalised for heart attacks, strokes and other complications every year.

Loeb said that 80% of cardiovascular disease occurs in in low and middle-income countries where flu vaccination rates are also low, making them ideal research locations.

"In those high-risk periods, we know that the flu vaccine is a very effective, cost-efficient public health measure that is broadly applicable," said Craig Beavers, PharmD, of Baptist Health System in Paducah, Kentucky, noting the reductions in deaths and hospitalisations during peak circulation.

"Any time that you can really prevent a heart failure patient from coming into the hospital has so many benefits, for a variety of reasons," added Beavers.

For example, he said, “Guideline-directed medical therapy can go awry in those transitions, so anything we can do to really stack patients in favour . . . and this is a clearly easy and effective means of providing a good, solid public health measure that would still be in line with other disease states and other entities.

“It’s strong work, and it provides a layer of additional detail around flu vaccine in cardiovascular patients.”

Cardiovascular disease is a major cause of morbidity and mortality. There is recent evidence that infection due to influenza may precipitate vascular events such as myocardial infarctions and strokes. There is some evidence that influenza vaccination may prevent such events but the data are inconclusive. The investigators propose a randomised controlled trial to assess whether influenza vaccination will prevent vascular illness. Adults with clinical heart failure will be randomised to inactivated influenza vaccine or saline placebo each year for three consecutive years. They will be followed over six months for a composite of cardiovascular death, non-fatal myocardial infarction, non-fatal stroke and hospitalisations for heart failure using standardised criteria.

Rigorous demonstration of influenza vaccine leading to a reduction in major adverse vascular events in patients with heart failure would lead to a major change in how these patients are managed. Given the large burden of disease both in Canada and globally, the possibility to reduce cardiovascular and stroke related death is a compelling reason to conduct this trial.