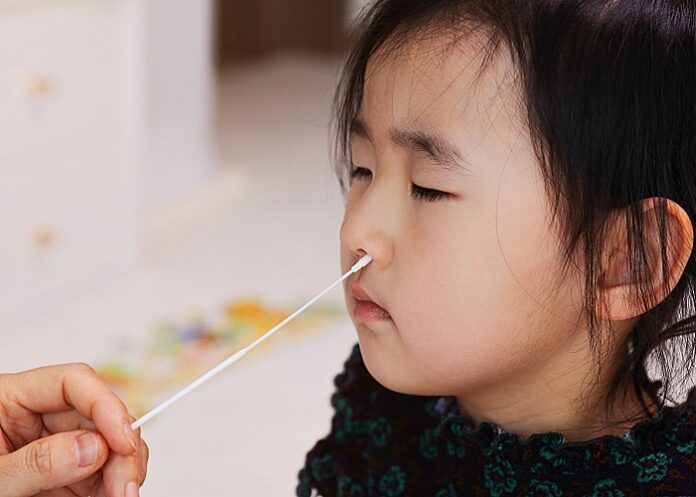 Despite an astonishing recent spike in infections of the Omicron variant, South Korea, once the flag-bearer for aggressive suppression of COVID-19, is easing restrictions, reports The Telegraph.

This year the country has led the world in new infections, with a surge in cases that saw roughly 1% of its population testing positive on a single day.  The highly infectious variant finally defeated the country’s sophisticated contact-tracing system, while funeral parlours in some densely populated cities have extended operating hours as they struggle to tackle a backlog.

Like Singapore and New Zealand, the country suppressed the virus for almost two years through border closures, quarantine, testing and tracing – buying time to roll out vaccines, with a focus on the most vulnerable.

As a result, although some regions are under pressure, the unprecedented case counts have not crippled the health service. Nationwide hospitalisations, even at the height of its 621,328 peak in mid-March, only doubled, with intensive care unit capacity at 65%.

One government analysis of some 141,000 Omicron cases also showed that there were no deaths among people under 60 who had received a booster shot, Son Young-rae, a health ministry official, told a recent briefing.

“We see this could be the last major crisis in our COVID responses, and if we overcome this crisis, it would bring us nearer to normal lives,” he said. The latest milestone in that process came last Friday (1 April), when the government ditched quarantine requirements for fully-vaccinated arrivals.

The arrival of Omicron has driven an unprecedented surge across Asia, which surpassed 100m infections last Wednesday (30 March). South Korea and Vietnam, where cases are also skyrocketing, accounted for a third of global new infections last week.

But the late spike meant more than 80% of South Korea’s population of 52m had been fully vaccinated when it hit – with the most vulnerable targeted. Despite nearing the same number of cumulative cases per 100,000 experienced in the US, it has only seen a corresponding 10% of the cumulative deaths.

“If we imagine that policies like those of Korea or Singapore were able to be transplanted to the US or UK, 90% of the COVID deaths there might have been averted,” said Dr Alex Cook, from Singaporeʼs Saw Swee Hock School of Public Health.

The case fatality ratio in countries with similar testing regimes demonstrates this point.

New Zealand, which has had 659,000 cases, mostly over the past two months, has had 299 deaths. This means one fatality for roughly every 2,300 confirmed cases.

The corresponding fatality figure for South Korea would be about 800, but Germany compares much less favourably, recording one death for about every 150 confirmed cases.

The contrast reveals important lessons for the next pandemic if the pathogen were similar to Sars-CoV-2, Cook said.

“I would hope that many more countries would look at what the Asian success stories did this time around and copy from their playbooks. Stalling spread for as long as possible through a thorough test, trace, isolate and quarantine programme saves lives and the economy.”

Like South Korea, the city-state of Singapore, home to some 5.7m, opted for a targeted “low” rather than “zero-COVID” policy.

It did so through temporary border closures, contact tracing and strict isolation policies that curtailed the freedoms of a small number, rather than Western-style mass lockdowns, explained Cook.

Telegraph analysis of the the Blavatnik School of Government’s Stringency Index – which measures the severity of restrictions, including across schools, international travel and movement – suggests East Asian countries actually imposed fewer limitations on their populations while also curtailing fatalities.

While the average daily score for South Korea stood at 52 out of 100, compared with the UK’s score of 59, the UK has had four times as many deaths relative to the population.

Both countries put in place restrictions on gatherings and events, but South Korea never imposed a full stay-at-home lockdown on its citizens. Instead, it focused more on controlling the import of the virus through its borders.

After slowly reopening, the number of diagnosed cases per capita, around 20%-30%, is now not much different between countries like the UK and US that allowed mass community transmission early in the pandemic, from countries that pursued low COVID strategies like Singapore and South Korea, said Cook.

“The key difference is that most of the infections in Korea or Singapore have been in the past few months, after vaccinating and boosting a large proportion of the population,” he said. “A lot of the American and British infections came when the population was immune-naive and thus at grave risk of severe outcomes.”

Hong Kong, on the other hand, proved to be a catastrophic exception to the rule, after failing to use the two years under its zero-COVID policy to adequately vaccinate its vulnerable elderly. This month it hit the highest death rates in the world.

In South Korea, most of the population has been double vaccinated, with more than 90% of those aged 60 and above also boosted.

The opposite can be said for Hong Kong, where vaccine hesitancy among senior citizens has left them exposed. Less than 75% of the cityʼs population has received two vaccine doses and only a third has been boosted.

A similar scenario is being played out in China, where 52m people over 60 are yet to have two shots. Meanwhile only 20% of the most vulnerable – those aged 80 and above – have received a booster.

Hong Kong had experienced an almost identical Omicron outbreak, in January, to New Zealand, said Professor Michael Baker, an epidemiologist at the University of Otago, but there had been a sharp divergence in their death rates.

Baker, who pioneered the country’s initial elimination strategy said it had been forged after witnessing “grim” scenes unfolding in Europe and based on information from Wuhan, the pandemicʼs epicentre, that it could be eliminated.

“If we had the mortality experience of the UK, we would have had about 15,000 deaths by now so that is what we avoided,” Baker told The Telegraph.

The question of why Western governments did not adopt a similar approach hangs in the air.

It was defined by Richard Horton, the editor of The Lancet, as “complacent exceptionalism” in failing to learn from Chinaʼs experience as COVID approached.

Baker believes millions of lives were saved pre-vaccine by the countries that acted very decisively with public health and social measures “and it was the Asia Pacific region that led the charge”.

“Hopefully the world has learned about better strategic thinking,” he said. “I would like to think that elimination should be the de facto strategy for responding to emerging diseases that meet certain thresholds.”

Prof Devi Sridhar, chair of global public health at the University of Edinburgh, added that the West had been struck by “fatalism” while South Korea, New Zealand and Taiwan had taken a cautious approach that kept infections down while allowing citizens to have a relatively normal life.

“I think knowing how many people could have been vaccinated before they got infected and could have lived is the thing that is really going to weigh on governments’ minds when going in and planning for the next one,” she said. But she fears clarity of vision may be obscured by politically driven triumphalism.

Matt Hancock, the former health secretary, is among those already claiming the UKʼs response was world-beating, telling LBC last week the pandemic was over. “We’re out first!” he said.

“I think there is a danger now, obviously for political reasons, to say we got everything right in Britain and hoping people forget what happened in 2020 and 2021 and just focusing now on life being pretty normal,” said Sridhar.

“There is this narrative of triumphalism instead of a narrative of ‘we got things wrong, how do we do it better?’”

A divided US faces a pandemic entering its deadliest phase

Vulnerable Taiwan hailed for its successful response to COVID-19