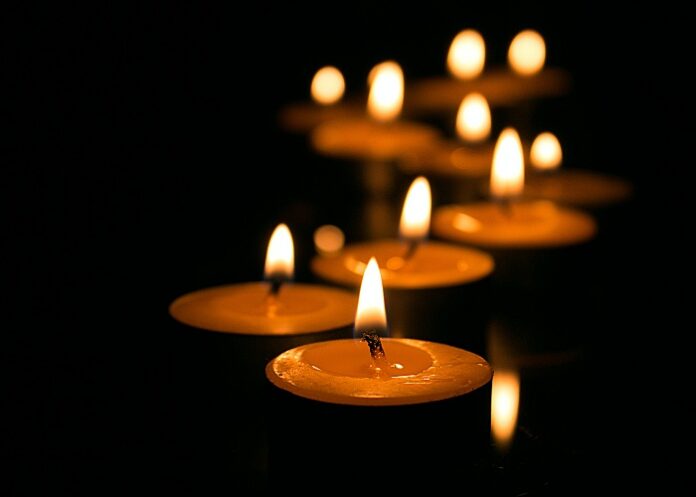 Some 18.2m people have died during the coronavirus pandemic, three times higher than official figures of 5.9m at the end of last year, according to an analysis in The Lancet.

Between January 2020 and December 2021, just under 6m COVID-19 fatalities were reported worldwide. But patchy testing, overwhelmed health systems and fragmented death registrations mean this is a vast underestimate.

Instead, the first peer-reviewed estimates of global excess deaths – a measure which tracks how many fatalities were recorded compared to historic trends – suggests there were 18.2m more deaths than expected in the first two years of the pandemic.

The analysis comes two years after the World Health Organization (WHO) first called the COVID-19 outbreak a “pandemic” – though this was six weeks after the UN health agency declared a global health crisis.

The global estimates – compiled by the University of Washington’s Institute for Health Metrics and Evaluation – chime with research (not peer reviewed) from The Economist, the other source tracking COVID-19 excess mortality at a global scale, over a similar time period.

Seven countries accounted for more than half of global excess deaths – India topped the list, with more than 4m fatalities, followed by the United States, Russia, Mexico, Brazil, Indonesia and Pakistan. Among these countries, Russia had the highest excess death rate, at 375 per 100,000 people.

But it is parts of Latin America that have seen by far the world’s worst excess death rate – Bolivia, Peru and Ecuador were all hit incredibly hard by COVID-19, and saw 734, 528 and 333 deaths per 100,000 people, respectively.

The indicator also exposes countries which have under-recorded deaths from COVID due to a lack of testing, poor administration or political will.

Estimating excess mortality due to the COVID-19 pandemic: a systematic analysis of COVID-19- related mortality, 2020–21

Mortality statistics are fundamental to public health decision-making. Mortality varies by time and location, and its measurement is affected by well-known biases that have been exacerbated during the COVID-19 pandemic. This paper aims to estimate excess mortality from the COVID-19 pandemic in 191 countries and territories, and 252 subnational units for selected countries, from 1 January 2020, to 31 December 2021.

Methods
All-cause mortality reports were collected for 74 countries and territories and 266 subnational locations (including 31 locations in low-income and middle-income countries) that had reported either weekly or monthly deaths from all causes during the pandemic in 2020 and 2021, and for up to 11 year previously. In addition, we obtained excess mortality data for 12 states in India.

We used least absolute shrinkage and selection operator (LASSO) regression as a variable selection mechanism and selected 15 covariates, including both covariates pertaining to the COVID-19 pandemic, such as seroprevalence, and to background population health metrics, such as the Healthcare Access and Quality Index, with direction of effects on excess mortality concordant with a meta-analysis by the US Centers for Disease Control and Prevention (CDC).

With the selected best model, we ran a prediction process using 100 draws for each covariate and 100 draws of estimated coefficients and residuals, estimated from the regressions run at the draw level using draw-level input data on both excess mortality and covariates. Mean values and 95% uncertainty intervals were then generated at national, regional, and global levels. Out-of-sample predictive validity testing was done on the basis of our final model specification.

Interpretation
The full impact of the pandemic has been much greater than what is indicated by reported deaths due to COVID-19 alone. Strengthening death registration systems around the world, long understood to be crucial to global public health strategy, is necessary for improved monitoring of this pandemic and future pandemics. In addition, further research is warranted to help distinguish the proportion of excess mortality that was directly caused by SARS-CoV-2 infection and the changes in causes of death as an indirect consequence of the pandemic. 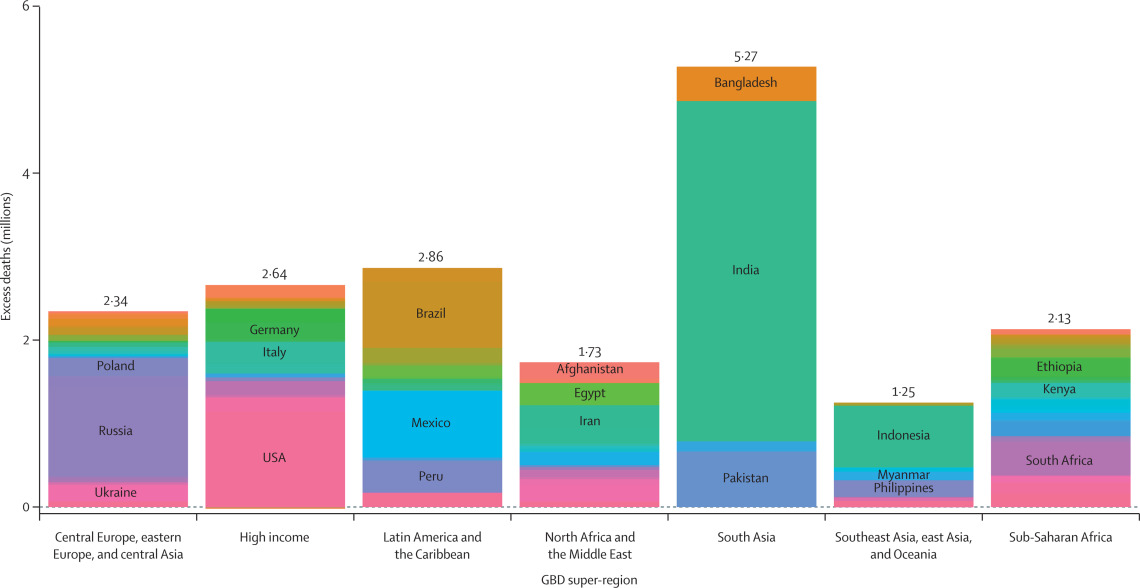 The Lancet article – Estimating excess mortality due to the COVID-19 pandemic: a systematic analysis of COVID-19- related mortality, 2020–21 (Open access)