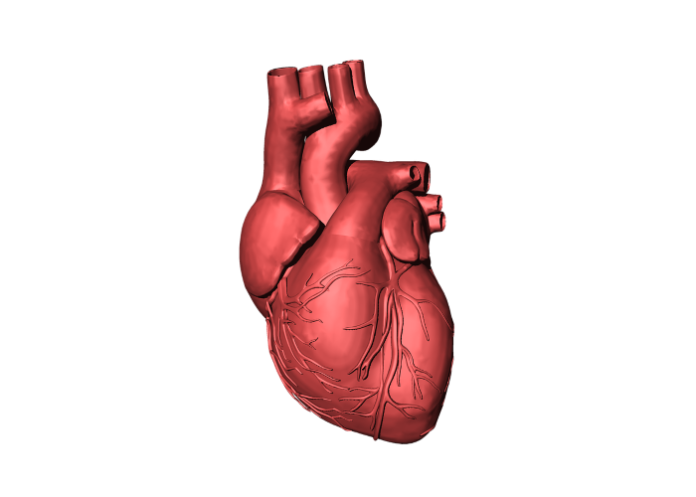 Heart disease is deadly, in part because the heart, unlike other organs, cannot repair itself after injury. That is why tissue engineering, ultimately including the wholesale fabrication of an entire human heart for transplant, is so important for the future of cardiac medicine.

And that is why there is also an increasing interest in xenotransplantation: last year MedicalBrief reported on the transplant of a genetically engineered pig’s heart into a terminally ill patient.

To build a human heart from the ground up, researchers need to replicate the unique structures comprising the heart. This includes recreating helical geometries, which create a twisting motion as the heart beats. It’s been long theorised that this twisting motion is critical for pumping blood at high volumes, but proving that has been difficult, partly because creating hearts with different geometries and alignments has been challenging.

Now, bioengineers from the Harvard John A Paulson School of Engineering and Applied Sciences (SEAS) have developed the first biohybrid model of human ventricles with helically aligned beating cardiac cells, showing that muscle alignment does, in fact, dramatically increase how much blood the ventricle can pump with each contraction.

The research is published in Science.

“This work is a major step for organ biofabrication, bringing us closer to our ultimate goal of building a human heart for transplant,” said Parker, the Tarr Family Professor of Bioengineering and Applied Physics at SEAS and senior author of the paper.

This work has its roots in a centuries old mystery. In 1669, English physician Richard Lower first noted the spiral-like arrangement of heart muscles in his work Tractatus de Corde.

Over the next three centuries, physicians and scientists have built a more comprehensive understanding of the heart’s structure but the purpose of those spiralling muscles has remained frustratingly hard to study.

In 1969, Edward Sallin, former chair of the Department of Biomathematics at the University of Alabama Birmingham Medical School, said the heart’s helical alignment is critical to achieving large ejection fractions, the percentage of how much blood the ventricle pumps with each contraction.

“Our goal was to build a model where we could test Sallin’s hypothesis and study the relative importance of the heart’s helical structure,” said John Zimmerman, a postdoctoral fellow at SEAS and co-first author of the paper.

To test Sallin’s theory, the SEAS researchers used the FRJS system to control the alignment of spun fibres on which they could grow cardiac cells.

The first step of FRJS works like a cotton candy machine – a liquid polymer solution is loaded into a reservoir and pushed out through a tiny opening by centrifugal force as the device spins. As the solution leaves the reservoir, the solvent evaporates, and the polymers solidify to form fibres. Then, a focused airstream controls the orientation of the fibre as they are deposited on a collector.

The team found that by angling and rotating the collector, the fibres in the stream would align and twist around the collector as it spun, mimicking the helical structure of heart muscles.

The alignment of the fibres can be tuned by changing the angle of the collector.
“The human heart actually has multiple layers of helically aligned muscles with different angles of alignment,” said Huibin Chang, a postdoctoral fellow at SEAS and co-first author of the paper. “With FRJS, we can recreate those complex structures in a precise way, forming single and even four chambered ventricle structures.”

Unlike 3D printing, which gets slower as features get smaller, FRJS can quickly spin fibres at the single micron scale: or about 50 times smaller than a single human hair.

After spinning, the ventricles were seeded with rat cardiomyocyte or human stem cell derived cardiomyocyte cells. Within about a week, several thin layers of beating tissue covered the scaffold, with the cells following the alignment of the fibres beneath.

The team also demonstrated that the process can be scaled up to the size of an actual human heart and even larger, to the size of a Minke whale heart (they didn’t seed the larger models with cells as it would take billions of cardiomyocyte cells).

Meanwhile, equally hard at work and proud of their achievements was a team at NYU Langone Health, which successfully transplanted two genetically engineered pig hearts into recently deceased humans in June and July this year, marking the latest advances toward tackling the nationwide organ shortage and developing a clinical protocol to provide an alternative supply of organs for people with life-threatening heart disease.

The surgeries (xenotransplants) were performed on 16 June and 6 July at NYU Langone’s Tisch Hospital. Dr Nader Moazami, surgical director of heart transplantation at the NYU Langone Transplant Institute, led the investigational procedures using hearts procured from a facility hundreds of miles away and transplanted into recently deceased donors maintained on ventilator support.

The transplant surgeries were performed over several hours and heart function was monitored for three days. The first heart xenotransplant concluded on 19 June, and the second on 9 July. No signs of early rejection were observed in either organ and the hearts functioned normally with standard post-transplant medications and without additional mechanical support.

Using a new infectious disease protocol, no presence of porcine cytomegalovirus (pCMV) was detected in either case. Strict protocols to prevent and monitor potential zoonotic transmission of porcine endogenous retrovirus (PERV) were also carried out. The operating room used for this study has been taken offline to be used only for future xenotransplantation research.

The hearts were procured from pigs that had 10 genetic modifications, including four porcine gene “knockouts” to prevent rejection and abnormal organ growth as well as six human transgenes (“knock-ins”) to promote expression of proteins that regulate important biologic pathways that can be disrupted by incompatibilities between pigs and humans.

“Our goal is to integrate the practices used in a typical, everyday heart transplant, only with a non-human organ that will function normally without additional aid from untested devices or medicines,” said Moazami. “We want to confirm that clinical trials can move ahead using this new supply of organs with the tried-and-true transplant practices we have perfected at the NYU Langone Transplant Institute.”

Dr Alex Reyentovich, medical director of heart transplantation and director of the NYU Langone Advanced Heart Failure programme, said these latest advances in xenotransplantation move the field closer to realising a new supply of organs for those facing life-threatening disease.

Dr Robert Montgomery, director of the NYU Langone Transplant Institute, said xenotransplant studies with recently deceased donors are critical to gathering the additional human data needed to advance a field that for decades, until last year, had been tested only using non-human primates.

“Our greater purpose is to address the organ shortage and provide another option for the more than 100,000 people nationwide waiting on that lifesaving gift,” he said.

The surgeries led by Moazami were part of a larger study approved by a specially designated research oversight board at NYU Langone, and the latest step in a research protocol calling for additional and similar procedures to be performed. Whole-body donation after death for the purpose of breakthrough studies represents a new pathway that allows an individual’s altruism to be realised after brain death declaration in circumstances in which their organs or tissues are not suitable for transplant.

Montgomery, who led groundbreaking xenotransplant surgeries using single-gene knockout pig kidneys in September and November 2021, says one of the critical elements of success to advancing this field is enhanced porcine virus monitoring, which was incorporated in these latest procedures.

“Other studies have shown that pCMV may be a factor in the success of xenotransplanted organs,” he said. “More sensitive screening methods have been introduced to detect low-level traces of pCMV in the donor pigs. We have included that additional screening in this heart transplant protocol to give the organ the best chance at long-term survival.”

Abstract
Helical alignments within the heart’s musculature have been speculated to be important in achieving physiological pumping efficiencies. Testing this possibility is difficult, however, because it is challenging to reproduce the fine spatial features and complex structures of the heart’s musculature using current techniques. Here we report focused rotary jet spinning (FRJS), an additive manufacturing approach that enables rapid fabrication of micro/nanofibre scaffolds with programmable alignments in three-dimensional geometries. Seeding these scaffolds with cardiomyocytes enabled the biofabrication of tissue-engineered ventricles, with helically aligned models displaying more uniform deformations, greater apical shortening, and increased ejection fractions compared with circumferential alignments. The ability of FRJS to control fibre arrangements in three dimensions offers a streamlined approach to fabricating tissues and organs, with this work demonstrating how helical architectures contribute to cardiac performance.

Genetically engineered pigs put xenotransplantation back in the spotlight