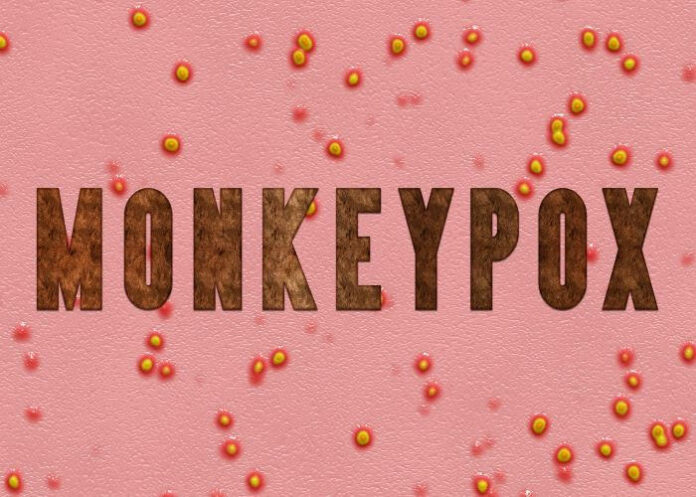 South Africa recorded its third case of monkeypox on Monday. The Limpopo Health Department said in a statement that the National Institute for Communicable Diseases (NICD) confirmed the infection of a 42-year-old male tourist from Switzerland, reports News24.

The man, who is holidaying in SA, presented with symptoms, including a rash, muscle ache and fatigue. His infection was later confirmed as monkeypox.

"The Department of Health and the NICD are collaborating with the World Health Organisation (WHO) to assess the risk for local transmission, in line with the International Health Regulations,” said Cabinet spokesperson Phumla Williams.

As the number of monkeypox cases rises globally, African researchers are lobbying for the continent’s experience and expertise in this and other diseases to receive the attention they deserve.

According to Aula Abbara from Doctors Without Borders, the “global inattention to infectious disease science done in Africa” is concerning, and “the unexpected, unprecedented and unusual nature of this outbreak in Europe and the Americas has spurred scientific, political and media attention”.

Monkeypox has been known to cause human disease for more than 50 years and is historically reported in at least 10 countries in west and central Africa, she said, with more than 1,000 incidents reported in the Democratic Republic of the Congo in the first three months of 2022 alone.

She said specialists in African countries have “decades of experience managing such outbreaks, often with little support, and have repeatedly warned of the potential for monkeypox’s globalisation and the need for affordable tools and improved surveillance”.

Despite vast expertise, the voices of specialists in Africa are “notably absent from the current discourse” and “many have struggled for years to raise awareness, publish their findings, or attract funding to study this disease”.

Virologist Professor Wanda Markotter, co-chair of a new entity formed by the WHO, and director of the Centre for Viral Zoonoses at the University of Pretoria, told the Sunday Times there were crucial gaps in understanding monkeypox.

Along with a German scientist, she now leads the newly formed One Health expert panel for the WHO, which looks at human health systemically, understanding it in the context of food, animals, the environment and ecosystems.

Much hope is pinned on One Health, but some scientists believe any mitigation efforts are too little too late.

The symbolism of this emergence of monkeypox so hot on the heels of COVID in many countries is not lost on scientists and environmentalists, whose message is clear: unless we change the way we interact with animals and the environment, we are going to see one zoonotic (spread from animal to human) disease after another.

Zoonotic diseases are not a new phenomenon and date back thousands of years, but the frequency of their emergence in the contemporary world is a real cause for alarm.

Markotter told TimesLIVE Premium: “If you don’t address these problems collectively, you are going to see more and more spillover of disease from animals to humans.”

She said the health of humans, animals and ecosystems was interlinked, and a “complete shift in mindset” was needed to prevent a frequent emergence of zoonotic diseases.

Prevention is key because “the world does not have the resources to keep fighting pandemics in the way we fought COVID”, she said, adding that in the hands of humanity, biodiversity has waned, land use has changed, agriculture has expanded into new areas causing increased contact with wildlife, and the climate has changed.

While the consumption of bushmeat and the existence of wet markets are often blamed, the problem is far larger and complex. Examples include that climate change has expanded the range of disease-carrying animals such as ticks and fleas, while human encroachment on animals’ habitat disturbs the ecosystem and pushes animals into other areas or increases contact in the existing area.

Because of all this, zoonotic diseases are proliferating at a higher rate than ever before and the only way to change them is to change our relationship with animals and the environment.

David Morens, a zoonotic disease expert at the National Institute of Allergy and Infectious Diseases in the US, said: “Almost all the experts I know think this will keep happening again and again because the problem is not the germs, the problem is our behaviour.”

He said notable epidemics had occurred throughout recorded history, but that “an increasingly complex modern world” will create more opportunities for diseases to emerge, which will “challenge human survival”.

Already many zoonotic diseases are known by name to lay people across the globe — Aids, Lyme Disease, Ebola, Zika and Dengue fever, to name but a few.

According to the US Centres for Disease Control and Prevention (CDC), “some 2.5bn people are infected with zoonotic diseases each year, and because many of these ailments have no cure, they kill about 2.7m annually”.

Markotter said there was a lack of funding to discover exactly where monkeypox comes from so it can be controlled.

There are more than 6,000 cases globally — the largest outbreak on record. Europe is the epicentre of the outbreak, recording more than 80% of cases.

She added that there were more than 12,000 monkeypox cases during the COVID-19 pandemic in central and West Africa but, she said, “as soon as it started spreading to more countries through travel, all of a sudden everybody noticed”.

“We know it is linked to an animal source but we are still not exactly sure what animal source and there should have been more funding to understand the origin of it.”

She said clinicians are reporting on what they are seeing with the disease, but more resources need to go into “investigating properly where it’s coming from so we can control it and prevent spread across the world”.

Markotter pointed out that  COVID-19 taught the importance of keeping a watchful eye on the spread of a disease, but monkeypox is not airborne and “you need to be in really close physical contact with someone to get it”.

WHO director-general Tedros Adhanom Ghebreyesus said: “On monkeypox, I continue to be concerned by the scale and spread of the virus across the world and we now have more than 6,000 cases recorded in 58 countries.”

He said “testing remains a challenge” and it is “highly probable that a significant number of cases are not being picked up”.

This under-reporting echoes the crisis of COVID-19 and, according to Professor of Bioinformatics Tulio de Oliveira, who became a household name for discovering variants during the pandemic, so does this inattention to African expertise.

He said: “Praise and recognition of scientists in Africa are not common on the global stage, and typically, researchers in Africa have to produce at least twice as much to get less than half the respect of researchers from high-income countries.”

An example he cites is the discovery of the Ebola virus in 1976, which was credited to European scientists when much of the work had been done by African scientists.

“This kind of scientific discrimination against researchers from low-income and middle-income countries is widespread. It is time to enter a new global phase.”

He called for better investment in science in these countries so that the world is better prepared to deal with future epidemics and pandemics.