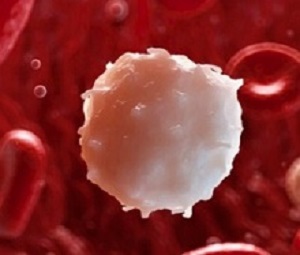 Left untreated, malaria can progress from being mild to severe – and potentially fatal – in 24 hours. So researchers at the University of British Columbia developed a method to quickly and sensitively assess the progression of the mosquito-borne infectious disease, which remains a leading killer in low-income countries.

One way malaria wreaks havoc on the body is by causing excessive amounts of toxic heme, the non-protein component of hemoglobin, to accumulate in the bloodstream. Among other things, this free heme induces oxidative stress in red blood cells (RBCs), leading to their rigidification, destruction and subsequent removal from circulation — a condition known as hemolytic anemia.

In their study, the UBC investigators found that RBCs become increasingly rigid in direct correlation with the concentration of oxidised heme, or hemin, in the blood. Since hemin is difficult to measure directly – it tends to insert itself into cell membranes – monitoring changes in RBC deformability can therefore serve as a reliable alternative marker of hemin-induced oxidative stress and malaria progression.

"Because this method is mechanical, it's well suited for use in resource-poor countries, where the vast majority of malaria transmission takes place," says Kerryn Matthews, a post-doctoral fellow at UBC and the study's lead author. "Other methods of analysing malaria severity require training or expensive equipment or chemicals that are not readily available in developing nations."

To measure RBC deformability quickly and sensitively, the UBC investigators developed the "multiplex fluidic plunger": a simple microfluidic device consisting of a parallel array of 34 funnel-shaped, micro-sized channels across which uniform, carefully controlled pressures can be simultaneously applied.

By loading the plunger with whole blood, docking an RBC at each channel and applying progressively higher pressures until the RBCs are squeezed through – or not, if an RBC is too stiff – one is able to determine the rigidity, or cortical tensions, of many cells at once and build an RBC deformability profile in minutes.

"The device can be easily integrated with a conventional microscope coupled with a digital camera," says Matthews. "And the accompanying software, which does all the analysis and records the pressures, is simple to use."

In addition to indicating the status of a malaria infection, RBC deformability information would be valuable in the development of antimalarial drugs, as well as in illuminating the mechanism by which RBCs are sequestered from circulation and destroyed.

Healthy RBCs are extremely flexible, capable of squeezing through spaces – the tiniest blood vessels, for example, or the channels between cells – that are just fractions of their original size. By rendering them less deformable, malaria parasites impair blood flow and ultimately cause organ failure and possibly death.

According to the World Health Organisation, malaria killed an estimated 429,000 people and caused approximately 212m clinical episodes in 2015. It primarily affects children and pregnant women in poor tropical and subtropical countries.

Abstract
Hemolytic anemia is one of the hallmarks of malaria and leads to an increase in oxidised heme (hemin) within the plasma of infected individuals. While scavenger proteins sequester much of the circulating heme, it has been hypothesized that extracellular heme may play a central role in malaria pathogenesis. We have previously developed the multiplex fluidic plunger (MFP) device for the measurement of red blood cell (RBC) deformability. Here, we demonstrate that the measurement of changes in RBC deformability is a sensitive method for inferring heme-induced oxidative stress. We further show that extracellular hemin concentration correlates closely with changes in RBC deformability and we confirm that this biophysical change correlates with other indicators of cell stress. Finally, we show that reduced erythrocyte deformability corresponds with both erythrophagocytosis and RBC osmotic fragility. The MFP microfluidic device presents a simple and potentially inexpensive alternative to existing methods for measuring hemolytic cell stress that could ultimately be used to perform clinical assessment of disease progression in severe malaria.