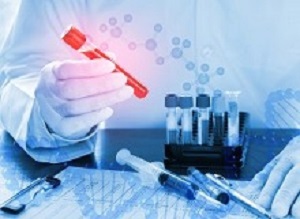 A combination of elevated fasting glucose and HbA1c levels from a single blood sample was found to be accurate for diagnosing diabetes. This is significant because current guidelines state that a second blood test, conducted a separate point in time, is requited to confirm a diagnosis of diabetes.

Glucose has been the standard measure of diagnosis of diabetes and current guidelines recommend repeated testing to confirm an elevated fasting glucose or haemoglobin A1c level. Whether glucose and HbA1c from a single point in time can be used in combination to diagnosis diabetes has been uncertain.

Researchers from Johns Hopkins Bloomberg School of Public Health evaluated a single fasting blood sample for 12,268 participants without diagnosed diabetes enrolled in the Atherosclerosis Risk in Communities (ARIC) study to determine the prognostic value of a single-sample confirmatory definition of undiagnosed diabetes. Patients in the ARIC study were enrolled between 1987 and 1989 with 25 years of follow-up for incident diabetes, cardiovascular outcomes, kidney disease and mortality.

The researchers found that a single fasting blood sample showing both elevated glucose and HbA1c levels was strongly predictive of a subsequent diagnosis of diabetes (almost everyone meeting the definition eventually developed diabetes) and was also strongly associated with complications of diabetes (cardiovascular disease, kidney disease, peripheral artery disease, and mortality).

According to the researchers, this new approach to diagnosis could prove useful in clinical practice because it would eliminate the need for a second patient visit for a second blood draw and because the HbA1c test result could be used to guide treatment.

Abstract
Background: Current clinical definitions of diabetes require repeated blood work to confirm elevated levels of glucose or hemoglobin A1c (HbA1c) to reduce the possibility of a false-positive diagnosis. Whether 2 different tests from a single blood sample provide adequate confirmation is uncertain.
Objective: To examine the prognostic performance of a single-sample confirmatory definition of undiagnosed diabetes.
Design: Prospective cohort study.
Setting: The ARIC (Atherosclerosis Risk in Communities) study.
Participants: 13 346 ARIC participants (12 268 without diagnosed diabetes) with 25 years of follow-up for incident diabetes, cardiovascular outcomes, kidney disease, and mortality.
Measurements: Confirmed undiagnosed diabetes was defined as elevated levels of fasting glucose (≥7.0 mmol/L [≥126 mg/dL]) and HbA1c (≥6.5%) from a single blood sample.
Results: Among 12 268 participants without diagnosed diabetes, 978 had elevated levels of fasting glucose or HbA1c at baseline (1990 to 1992). Among these, 39% had both (confirmed undiagnosed diabetes), whereas 61% had only 1 elevated measure (unconfirmed undiagnosed diabetes). The confirmatory definition had moderate sensitivity (54.9%) but high specificity (98.1%) for identification of diabetes cases diagnosed during the first 5 years of follow-up, with specificity increasing to 99.6% by 15 years. The 15-year positive predictive value was 88.7% compared with 71.1% for unconfirmed cases. Confirmed undiagnosed diabetes was significantly associated with cardiovascular and kidney disease and mortality, with stronger associations than unconfirmed diabetes.
Limitation: Lack of repeated measurements of fasting glucose and HbA1c.
Conclusion: A single-sample confirmatory definition of diabetes had a high positive predictive value for subsequent diagnosis and was strongly associated with clinical end points. Our results support the clinical utility of using a combination of elevated fasting glucose and HbA1c levels from a single blood sample to identify undiagnosed diabetes in the population.

A Practitioner's Must Read
September 8th, 2021

A Practitioner's Must Read
September 1st, 2021