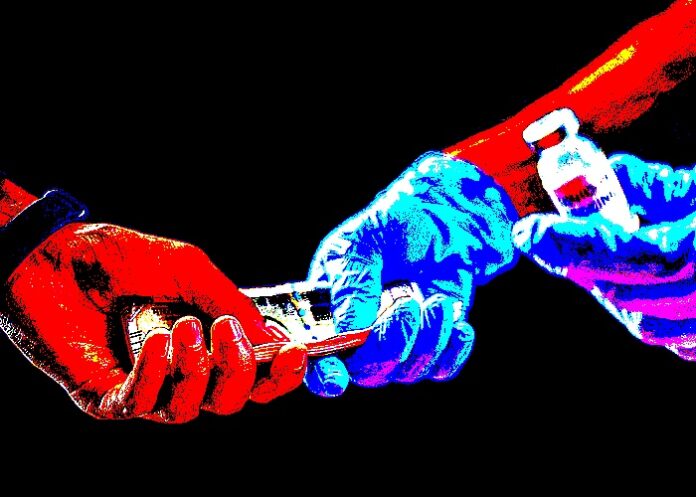 The Special Investigating Unit examined less than 10% of R152.5bn spent by the South African government between April 2020 and September 2021 on COVID-19 related tenders and found that R7.8bn – more than one of every two rands spent – had been stolen, reports MedicalBrief. Almost two-thirds (62%) of the 4,549 contracts scrutinised were irregular.

The SIU, if given presidential approval, will scrutinise another R179bn of deals with 91 additional suppliers. The SIU cleared of irregularity 1,313 service providers linked to 1,655 contracts worth R5,3bn.

The report says there was a “complete breakdown” of procurement and payment processes during the national State of Disaster. It also found that “political pressure played a role in the procurement of PPE”. A split was apparent between provincial and national government, with departments ignoring regulations that they work on contracts with the Treasury’s centralised team, which included health department staff and non-profit input from business.

The SIU has made 368 referrals to the National Prosecuting Authority (NPA) and some were sent to the SA Revenue Service.

Responding to the SIU report, released on Tuesday (25 January) after an 18-month investigation, President Cyril Ramaphosa said it was unacceptable “that so many contracts associated with saving lives and protecting livelihoods were irregular, unlawful or fraudulent”.  The procurement scandal has touched the highest levels of Ramaphosa’s presidency, involving his former Health Minister Dr Zweli Mkhize and his former spokesperson Khusela Diko.

Investigators found “45 matters constituting a combined value of R2.1bn [that] have been enrolled with the Special Tribunal on corruption, fraud and illicit money flows”, said acting presidency spokesperson Tyrone Seale. “The SIU has made 224 referrals for disciplinary action against officials in government departments or entities … [and] 386 referrals to the National Prosecuting Authority (NPA), as well as three referrals for executive action.

The disclosure of widespread graft during the lockdown crisis has threatened the credibility of the government’s response and highlighted public revulsion at the level of corruption in the public service. And there was major backlash, particularly as SA was facing a massive economic and health crisis at the time.

Handing over the 700-page report, Advocate Andy JL Mothibi,  head of the Special Investigating Unit, said: “There is real concern about the ongoing issue of prominent people and/or their immediate family benefitting from contracts with State Institutions.

“Questions are invariably raised as to the fairness of the awarding of such transactions and it is fair to say that public perception is that such contracts are improper, as nepotism and undue influence is.

“The current statutory provisions are … of limited assistance to the SIU in its investigations into allegations of improper conduct where State Institutions award contracts to close family members of prominent persons. The SIU should seek a remedy for perceived shortcomings in current legislation, not in an amendment of the FIC Act, but in amendments of other Acts that have a specific focus on the fight against corruption and maladministration.”

He said the SIU encountered exposure to the difficulties flowing from contracts awarded by State institutions to prominent influential people and/or their immediate families. “The SIU should make a systemic recommendation that the necessary steps be taken to enhance the effectiveness of legislative provisions in this field.” Amendments to “preferably the new Procurement Bill would assist the SIU in its investigations and the remedial action required fighting corruption and maladministration”.

The SIU details how it had to approach the Special Tribunal to set aside the R266m tenders allocated to Digital Vibes and the R172m PPE tenders awarded to controversial businessman Hamilton Ndlovu by the National Health Laboratory Services (NHLS).

The SIU report details how NHLS officials circumvented restrictions on Feliham Trading, which is linked to Hamilton Ndlovu via his fiancee, resulting in the company being awarded millions of rans worth of irregular contracts. The unit also found that Ndlovu was directly and indirectly linked to various other entities which had been irregularly awarded contracts with the NHLS.

The SIU is seeking to recoup more than R172 million from Ndlovu, who recently lost his bid to stop further proceedings at the Special Tribunal. A trial date has been set for 11 and 12 March, while disciplinary referrals were made against eight NHLS officials, three of whom resigned before hearings could begin.

The SIU will soon face off with the director of Zakheni Supplies, Tembile Sangoni, for the cancellation of R103.7m PPE contract awarded to him by former Gauteng Health Chief Financial Officer Kabelo Lehloenya. According to the report, Sangoni was a close friend and business partner of Loyiso Masuku, wife of former Gauteng Health MEC Bandile Masuku.

The SIU reported that provincial governments, such as Gauteng, KZN and the Eastern Cape, had been slow to discipline officials fingered in wrongdoing.

The SIU sent its 10 December report to Ramaphosa and Advocate  Mothibi, the head of the unit, detailing the illegality connected with COVID spending. Two further reports on contracts are due in late March and May.

Ramaphosa authorised the SIU to probe any allegations relating to the misuse of COVIS-19 funds across all spheres of government and gave the assurance that if the SIU found evidence that a criminal offence had been committed, it was obliged to refer such evidence to the NPA. The proclamation also empowered the SIU to institute civil proceedings to recover any damages or losses incurred by the state.

Ramaphosa said the final report “is an important step in our fight against corruption in the public and private sectors, and against maladministration.

“This investigation targeted individuals and institutions who believed they could exploit a moment of national vulnerability to enrich themselves and those with whom they colluded to abuse public resources.”

“The final report details matters referred by the SIU to the NPA, departments and entities in the public sector and other parties, who will finalise the process of bringing wrongdoers to book and addressing weaknesses identified by the SIU investigation.”