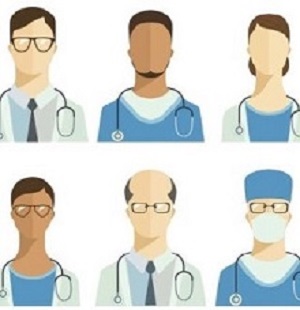 US patients may have lower mortality rates if their doctors were trained at foreign medical schools rather than at US universities, a Harvard study suggests.

Researchers examined data for more than 1.2m hospitalisations handled by general internists at US hospitals and found patients were slightly less likely to die within 30 days after admission if their doctor went to medical school in another country.

"Although we are uncertain exactly why foreign-trained doctors have slightly better outcomes, the US currently sets a very high bar for foreign medical graduates to practice medicine in the US," said lead study author Dr Yusuke Tsugawa, a policy and management researcher at the Harvard TH Chan School of Public Health in Boston.

"Therefore, the doctors who choose to leave their home country and manage to pass all certification exams may be very capable and motivated individuals," Tsugawa said.

The absolute difference was small, with mortality rates of 11.2% for foreign-trained doctors versus 11.6% for US medical school graduates. After accounting for other factors that could contribute to patients’ outcomes, the mortality rate was 5% lower for foreign medical graduations. But that's large enough to impact tens of thousands of patients nationwide.

The report says international medical graduates make up a quarter of the physician workforce in the US, the UK, Canada and Australia, researchers note. In the US, doctors trained elsewhere treat a far greater proportion of patients in many rural and underserved communities, previous studies have shown.

The research team points out that in order to get a license to practice medicine in the US, foreign medical school graduates must pass two examinations that test medical knowledge and one examination that assesses clinical skills, and they must also complete several years of accredited residency training in the US.

For the current study, Tsugawa and colleagues examined data on patients 65 and older covered by Medicare who were treated by 44,227 general internists between 2011 and 2014. Overall, 19,589 of the doctors, or 44%, were international medical school graduates. The foreign graduates tended to be slightly younger and were more likely to work in non-teaching hospitals, for-profit hospitals and hospitals without intensive care units.

In general, compared with patients treated by US graduates, those seen by international graduates were less likely to be white, affluent or covered by private insurance. Patients seen by international doctors were also more likely to have multiple chronic health problems like congestive heart failure, diabetes and chronic obstructive pulmonary disease.

When researchers looked at conditions that commonly bring patients to the hospital, they found international graduates had significantly lower mortality rates for pneumonia and congestive heart failure. The non-US doctors had lower mortality rates for most other conditions, too, but the difference wasn't big enough to rule out the possibility that it was due to chance.

There wasn't a meaningful difference in readmission rates, or the proportion of patients who returned to the hospital again within 30 days of being sent home.

The report says the study isn't an experiment designed to prove whether doctors educated in the US or other countries provide better care or help patients live longer, the authors note. Researchers also couldn't distinguish between foreign-born international medical school graduates and US citizens who left the country to train overseas.

It's also possible that patients treated by foreign-trained doctors were different from people seen by US medical school graduates in some ways that weren't detected in the study, said Dr Vineet Arora, a researcher at the University of Chicago who wasn't involved in the study.

"I find the mortality difference hard to explain by educational or cultural differences alone given the varied educational experiences and cultural backgrounds of international medical graduates," Arora added in the report. "We do know that international doctors who gain entry into the US are often at the top of their class – so it’s certainly possible that this could explain the findings."

Abstract
Objective: To determine whether patient outcomes differ between general internists who graduated from a medical school outside the United States and those who graduated from a US medical school.
Design: Observational study.
Setting: Medicare, USA.
Participants: 20% national sample of data for Medicare fee-for-service beneficiaries aged 65 years or older admitted to hospital with a medical condition in 2011-14 and treated by international or US medical graduates who were general internists. The study sample for mortality analysis included 1 215 490 admissions to the hospital treated by 44 227 general internists.
Main outcome measures: Patients’ 30 day mortality and readmission rates, and costs of care per hospital admission, with adjustment for patient and physician characteristics and hospital fixed effects (effectively comparing physicians within the same hospital). As a sensitivity analysis, we focused on physicians who specialize in the care of patients admitted to hospital (“hospitalists”), who typically work in shifts and whose patients are plausibly quasi-randomized based on the physicians’ work schedules.
Results: Compared with patients treated by US graduates, patients treated by international graduates had slightly more chronic conditions. After adjustment for patient and physician characteristics and hospital fixed effects, patients treated by international graduates had lower mortality (adjusted mortality 11.2% v 11.6%; adjusted odds ratio 0.95, 95% confidence interval 0.93 to 0.96; P<0.001) and slightly higher costs of care per admission (adjusted costs $1145 (£950; €1080) v $1098; adjusted difference $47, 95% confidence interval $39 to $55, P<0.001). Readmission rates did not differ between the two types of graduates. Similar differences in patient outcomes were observed among hospitalists. Differences in patient mortality were not explained by differences in length of stay, spending level, or discharge location.
Conclusions: Data on older Medicare patients admitted to hospital in the US showed that patients treated by international graduates had lower mortality than patients cared for by US graduates.