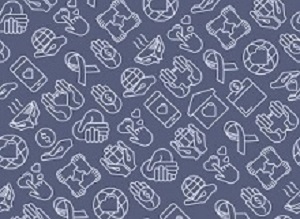 Increased social spending was associated with health improvements at the population level, while health spending increases did not have the same effect, according to a large Canadian study.

"Spending more on health care sounds like it should improve health, but our study suggests that is not the case and social spending could be used to improve the health of everyone," says Dr Daniel Dutton, The School of Public Policy, University of Calgary, Calgary, Alberta. "Relative to health care, we spend little on social services per person, so redistributing money to social services from health care is actually a small change in health care spending."

Health care costs are expanding in many developed countries like Canada, and governments are seeking ways to contain costs while maintaining a healthy population. Treating the social determinants of health like income, education, or social and physical living environments through spending on social services can help address the root causes of disease and poor health. However, health spending continues to make up the lion's share of spending.

The study looked at data from 9 of Canada's 10 provinces over 31 years from 1981 to 2011 (Prince Edward Island and the northern territories were not included because of insufficient data) to see if social and health care spending ratios were linked to population health status. The researchers looked at three health outcomes: potentially avoidable mortality, infant mortality, and life expectancy.

"Social spending as a share of health spending is associated with improvements in potentially avoidable mortality and life expectancy," says Dutton. "If governments spent 1% more on social services per dollar spent on health by rearranging money between the two portfolios, life expectancy could have experienced an additional 5% increase and potentially avoidable mortality could have experienced an additional 3% decrease in one year."

This has implications for the way governments allocate spending.

"If social spending addresses the social determinants of health, then it is a form of preventive health spending and changes the risk distribution for the entire population rather than treating those with disease. Redirecting resources from health to social services, that is, rearranging payment without additional spending, is an efficient way to improve health outcomes," he says.

In a related commentary, Dr Paul Kershaw, School of Population and Public Health, University of British Columbia, writes that the researchers found that increased health spending "is associated with lost opportunities to improve life expectancy and prevent avoidable mortality by comparison with a more even distribution between medical and social investments. These results add to evidence that should impel governments to seek better balance between medical and social expenditures."

Governments have increased health spending as the ageing population has expanded. The commentary author suggests governments should allocate social spending fairly for both young and old to ensure that the younger generation is not being short-changed.

Abstract
Background: Escalating health care spending is a concern in Western countries, given the lack of evidence of a direct connection between spending and improvements in health. We aimed to determine the association between spending on health care and social programs and health outcomes in Canada.
Methods: We used retrospective data from Canadian provincial expenditure reports, for the period 1981 to 2011, to model the effects of social and health spending (as a ratio, social/health) on potentially avoidable mortality, infant mortality and life expectancy. We used linear regressions, accounting for provincial fixed effects and time, and controlling for confounding variables at the provincial level.
Results: A 1-cent increase in social spending per dollar spent on health was associated with a 0.1% (95% confidence interval [CI] 0.04% to 0.16%) decrease in potentially avoidable mortality and a 0.01% (95% CI 0.01% to 0.02%) increase in life expectancy. The ratio had a statistically nonsignificant relationship with infant mortality (p = 0.2).
Interpretation: Population-level health outcomes could benefit from a reallocation of government dollars from health to social spending, even if total government spending were left unchanged. This result is consistent with other findings from Canada and the United States.