HomeA FocusSodium restriction in heart failure should be taken with a pinch of...
A FocusCardiology 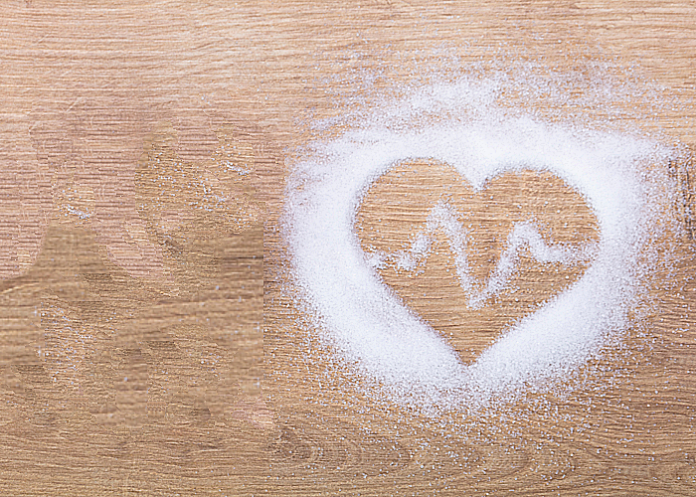 The time-worn, standard injunction against low-salt consumption in heart failure is not borne out by the evidence, writes MedicalBrief. The SODIUM-HF trial, conducted at 26 sites in six countries over six years, concludes that the dietary intervention to reduce sodium intake did not reduce clinical events.

Therapy for heart failure has come a long way in a short time, writes Dr John Mandrola in Medscape. Yet clinicians place substantial burden on patients with chronic heart failure, asking them to take numerous medicines, make frequent appointments, exercise, and eat well. Strict sodium restriction is one of those burdens.

At the American College of Cardiology (ACC) 2022 Scientific Session (2 April), Justin Ezekowitz, from the University of Alberta, Canada, presented results of the SODIUM-HF trial, which put this common recommendation to the test of randomisation. The Lancet simultaneously published the study.

Before SODIUM-HF, there was little to no supportive evidence for strict sodium restriction. A systematic review of nine studies found no consistent benefit of low-sodium regimens.

SODIUM-HF is a pragmatic randomised controlled trial that tested general advice on dietary sodium against a low-sodium diet of 1500mg daily.

Unlike drug trials, which can strictly control active and treatment arms in a relatively optimal setting, pragmatic trials test interventions in the real world. This difference influences how we interpret and apply the trial results.

The study was carried out in 26 sites in six countries over six years. Food and menus were individualised to local region and country. About 400 patients were in each arm. The primary endpoint was a composite of all-cause death and hospitalisation or emergency department visit for cardiovascular (CV) reasons.

The average sodium intake, as measured by three-day food records, was approximately 2000mg/day in the control group and about 1600mg/day in the low sodium arm.

A primary outcome occurred in 15% of the low-sodium arm vs 17% of the control arm, which did not meet statistical significance (hazard ratio, 0.89; 95% CI, 0.69 – 1.26; P = .53). Death, CV hospitalisations, and CV emergency department visits did not differ significantly between groups.

Patients in the low-sodium arm scored significantly better on the Kansas City Cardiomyopathy Questionnaire, which measures a person’s perception of their health. A caveat here is that the trial was open-label, so a placebo effect is possible.

The authors concluded with just one spin-free sentence: “In ambulatory patients with heart failure, a dietary intervention to reduce sodium intake did not reduce clinical events.”

Since the results and conclusions were so clear, let’s discuss the trial’s limitations, which influence how we translate this finding to the care of patients. At ACC and online, SODIUM-HF endured some pushback. It stirred a defensive urge in me.

The limitations of this trial mostly address the possibility of a false negative.

First, the control group in SODIUM-HF did not consume a lot of salt. That made the difference in salt intake between the groups quite small (<500mg).

Trial discussant Dr Mary Norine Walsh said that the average American consumes 3g of sodium daily. The implication is that had the control group been more representative (ie, more American), the low-sodium diet may have reduced clinical outcomes.

This is a reasonable criticism, but it does not reduce the importance of the results.

SODIUM-HF did not compare zero advice on sodium with a restricted diet; it tested the standard advice on being careful with sodium against a more restrictive plan.

My takeaway is that we don’t have to spend time and energy getting patients to adhere to a super-low-sodium diet. Yes, of course, a patient with heart failure shouldn’t consume 3g of sodium daily; no one should.

Another limitation centres on the statistical power of the trial to detect a difference, if there were one. In deciding how many patients to enrol in a trial, investigators estimate event rates.

SODIUM-HF observed fewer events than was originally expected, decreasing the chance of detecting a true difference. Yes, a false negative is possible, but given the P value of .53, it does not seem probable.

A third criticism I heard at ACC was that SODIUM-HF enrolled patients who were not sick enough to benefit from a low-sodium diet. For instance, the trial did not require high N-terminal pro–brain natriuretic peptide levels, only a third of enrolled patients had a heart failure admission in the prior year, and most patients were well enough to tolerate good medical therapy. The suggestion is that if the trial had enrolled the “right” patients – those with more severe disease – the low-sodium diet would have worked.

SODIUM-HF was a pragmatic trial testing low-sodium diets in six different
regions of the world. If you are a proponent of strict sodium restriction, the onus is now on you to show us a group of patients in which it reduces outcomes compared to standard care.

Another counter to the “wrong” patient argument turns on the difficulty of making a difference against current medical therapy of heart failure. Years ago, when there were few options for heart failure, a new intervention had a better chance of showing a benefit. But because modern-day therapy drives event rates so low, it’s harder for anything to lower it much more. That is actually good news.

SODIUM-HF is an ambitious trial looking at sodium restriction in different cultures. It showed that under current care, in a typical heart failure cohort, recommending a stricter low-sodium diet versus general advice did not make a difference in outcomes – and might have led to patients having a better perception of their health.

The trial advances care because a serious challenge for managing heart failure is getting patients to endure the work of being a patient with heart failure.

I see adherence to optimal care as a reservoir of sorts. If you can reduce withdrawals, you have a larger reserve for adherence to things that matter. Yes, of course, we counsel on avoidance of a high-salt diet. But the time spent teaching patients how to cut daily sodium intake to just 1500mg can now be used on other things, like exercise prescriptions or uptitrations of medical therapy.

Summary
Background
Dietary restriction of sodium has been suggested to prevent fluid overload and adverse outcomes for patients with heart failure. We designed the Study of Dietary Intervention under 100 mmol in Heart Failure (SODIUM-HF) to test whether or not a reduction in dietary sodium reduces the incidence of future clinical events.

Interpretation
In ambulatory patients with heart failure, a dietary intervention to reduce sodium intake did not reduce clinical events.