HomeA FocusState of play with Omicron – The discovery, the spread, the politics,...
A FocusBreaking News

State of play with Omicron – The discovery, the spread, the politics, and the science 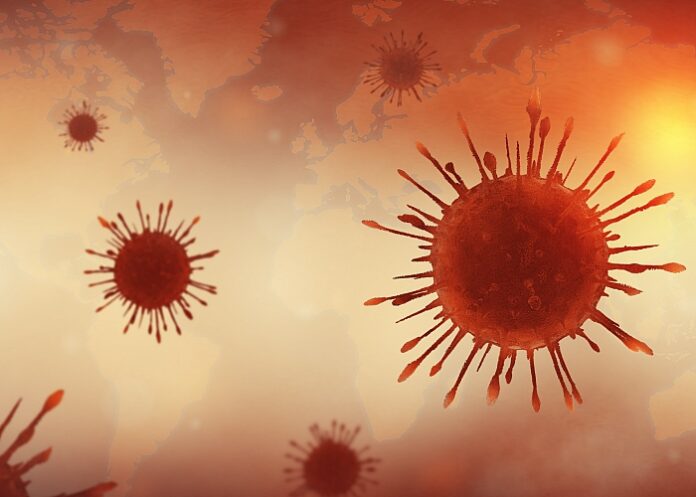 In the past week, a new coronavirus variant has thrust South Africa into the global limelight. We have been praised for science and punished for science, as borders slammed shut against us – again. MedicalBrief reports he latest on Omicron, in a wrap from some of the world’s leading health organisations and media.

On Tuesday, the National Institute for Public Health and the Environment (RIVM) in the Netherlands announced that it had found Omicron cases dating back to before those identified in Southern Africa, indicating that it could have been spreading in Europe before Africa. Those samples date from 19 and 23 November 2021.

According to CBS News, Belgium and Germany have also said that tests confirm Omicron was there before South Africa announced the discovery of B.1.1.529 on 24 November. It is not clear if there are any cases outside Africa that date from before the discovery of the new variant in Botswana on 11 November.

Perhaps South African scientists are generally more on the ball and-or transparent and public-spirited than most. But, to mix metaphors, is it possible that doors were not only shut after the variant had bolted, but that they were doors to the wrong stable?

Six countries have returned South Africa to their ‘red lists’, banning entry to citizens from here and from several other Southern African countries.

Many countries have warned citizens to reinstate anti-COVID-19 transmission precautions that had been abandoned or had begun to slip. In England, from Tuesday masks were again made compulsory in crowded or indoor environments. Some European nations had already reinstated COVID precautions under the continent’s current winter wave.

Omicron is now known to be in at least 20 countries.

By Wednesday morning, some 215 samples of the variant had been submitted by 18 countries to GISAID, the non-profit global science initiative that provides open access to genomic data on influenza and the coronaviruses responsible for the COVID-19 pandemic.

The state of play

COVID-19 cases have shot up in the past week, from a few hundred a day to 4,373 new confirmed cases on 30 November – a 10.2% positivity rate – according to the National Institute for Communicable Diseases (NICD). As of Tuesday there had been 2,968,052 laboratory confirmed cases and 89,843 deaths, and 2,414 people were in hospital with COVID-19

Most new infections recorded have been in Gauteng (72%) followed by the Western Cape (6%) and KwaZulu-Natal (6%). Limpopo and North West each had 5% of cases, Mpumalanga 3%, Free State 2% and the Eastern Cape 1%.

By Wednesday this week, according to the national Department of Health, 14,475,754 South Africans had been fully vaccinated, or 24.6% of the population. Apparently concerned about a fourth wave and Omicron and possibly vaccine mandates, people joined vaccination queues, with more than 175,000 injections administered on Tuesday, a 5.6% rise from Monday and far higher than last week's flailing numbers.

South Africa’s State of Disaster has been extended until 15 December, as scientists warn of an approaching fourth wave of COVID-19 infections. Omicron is the most mutated version of the virus yet, and is believed to be far more infectious.

“A medium scenario assumes about 35% of the population is vaccinated by the end of 2021, and that vaccination rates plateau from there. In this case, between June 2021 and June 2022 – taking the third and fourth waves into account – South Africa experiences a further 16,000 excess deaths because of the pandemic,” he said. In the total absence of COVID-19 vaccines, there would be a further 55,000 deaths over the time frame.

Based on excess deaths data published by the South African Medical Research Council (SAMRC), BusinessTechcontinued, Discovery estimates that there have been more than 242,000 deaths in South Africa due to COVID-19 since May 2020.

The fourth wave has long been expected, but the team of scientists that identified the new variant believe it is driving the sudden, radical spike of cases in Gauteng. Indeed, the exponential rise in infections in Gauteng prompted the scientists to increase genomic surveillance in the province.

Omicron is now being intensively studied here and around the world. “You need to know the enemy that you are fighting,” said team leader Professor Tulio de Oliveira, director of KRISP – the KwaZulu-Natal Research and Innovation Sequencing Platform – at the University of KwaZulu-Natal, when announcing the discovery of B.1.1.529, reported Daily Maverick. He is the leader of the Network for Genomic Surveillance in South Africa.

In an interview with The New Yorker, published on 30 November, De Oliveria described why and how the scientists went about identifying the new variant. During the increased surveillance, the private Lancet Laboratory sent in six genomes of a very mutated virus.

“When we looked at the genomes, we got quite worried because they discovered a failure of one of the probes in the PCR testing. We went back to all the national data and noticed this failure was increasing in a lot of the PCR tests,” he explained, adding later:

“The time from when we discovered the variant and then confirmed its existence in hundreds of samples across the province, to when we presented it to key ministers and talked to the president and went public with it, was around 36 hours.”

De Oliveria was surprised to see the emergence of a variant in the province with the highest population immunity. “Some people tried to blame the variant on vaccine hesitancy. We have a problem with that, although potentially not as big a problem as the United States. But people really thought we got out of the woods,” he told The New Yorker.

“Unfortunately, the new variant emerged, and it seems clear that it can reinfect people, which is potentially the last nail in the coffin of herd immunity, which one of your presidents famously talked about.”

It is not known where Omicron originated. Johannesburg is Africa’s biggest travel hub, he said. “It could be from South Africa, or it could be from anywhere else in the world or Africa. What we know is that it got amplified in South Africa.”

De Oliveria let rip at the events that unfolded after South Africa’s new variant announcement. “The UK, after praising us for discovering the variant, then put out this absolutely stupid travel ban, and it has hoarded vaccines for the last year. It’s trying to put the blame on vaccine hesitancy. It’s looking for a reason to fault Africa.

“And we are honestly tired of this – after not having access to vaccines, having to pay more expensive prices, having to get in the back of the queue, and still doing some of the best science on COVID in the world, because not only did we identify this variant, but we identified the Beta. We also helped the UK to identify the Alpha.”

He also told The New Yorker: “I cannot see how other developing countries would share information as we shared information given what’s happened with the backlash against South Africa. I cannot imagine it.”

Emergence of SARS-CoV-2 variants that pose increased risk to public health prompted the characterisation by the World Health Organization (WHO) of Variants of Interest (VOIs) and Variants of Concern (VOCs), in order to prioritise global monitoring and research and inform responses to the pandemic.

On 26 November WHO convened its Technical Advisory Group on SARS-CoV-2 Virus Evolution to assess the B.1.1.529 variant, which South Africa reported to it on 24 November.

“The first known confirmed B.1.1.529 infection was from a specimen collected on 9 November 2021,” said WHO in a statement. “In recent weeks, infections have increased steeply, coinciding with the detection of B.1.1.529 variant.” Based on evidence that indicated a detrimental change in COVID-19 epidemiology, the variant was designated as a VOC.

WHO said some of Omicron’s large number of mutations were concerning, and that early evidence suggested an increased risk of reinfection.

“Several labs have indicated that for one widely used PCR test, one of the three target genes is not detected (called S gene dropout or S gene target failure) and this test can therefore be used as marker for this variant, pending sequencing confirmation.

“Using this approach, this variant has been detected at faster rates than previous surges in infection, suggesting that this variant may have a growth advantage.”

What’s in a name?

B.1.1.529 was named Omicron by WHO last Friday. It has been naming important SARS-CoV-2 variants after Greek alphabet letters to avoid confusion and stigma. Countries like South Africa and the UK took umbrage at variants being popularly named after the nations that first identified them.

Omicron is the 15th letter of the Greek alphabet and means ‘little o”: micron means ‘little’ – as opposed to the ‘great O’ of omega, with mega meaning ‘great’.

Apparently WHO skipped two letters before Omicron – ‘Nu’ and ‘Xi’. According to The New York Times, this led to “speculation about whether ‘Xi’ was avoided in deference to China's President, Xi Jinping”.

However, WHO spokesperson Tarik Jasarevic quashed the conjecture. “‘Nu’ is too easily confounded with ‘new’,” he said. “And ‘Xi’ was not used because it is a common last name.” WHO’s best practices for naming diseases, he added, avoid “causing offense to any cultural, social, national, regional, professional or ethnic groups”.

Does Omicron cause less severe illness?

There's no firm evidence yet that Omicron causes more or less severe disease, although it appears that the variant is conforming to the contention that the more infectious a virus becomes the less deadly it is, and that viruses become less deadly as they mutate.

Dr Angelique Coetzee, chair of the South African Medical Association, informed the world that the cases she had treated were “extremely mild”. She told BBC News that the symptoms differed from the Delta variant, and were characterised by fatigue and body aches. However, the less severe symptoms could be because mostly younger people had been infected so far.

Scientists say that it will be several weeks before there is solid information about the new variant in terms of its transmission, virulence and treatment. Omicron will be tested in laboratories and its effects on people infected will be closely studied.

It is not known whether existing vaccines will work against the variant, although scientists believe that as with other variants such as Delta, vaccines will help to alleviate illness severity.

Meanwhile, according to MedPage Today, US President Joe Biden said on Monday that Omicron was “a cause for concern, not a cause for panic”.

Like others around the world, he praised this country’s work: “It is to their credit that the scientific community in South Africa quickly notified the world of the emergence of this new variant,” Biden said. “This kind of transparency is to be encouraged and applauded because it increases our ability to respond quickly to any new threats.”