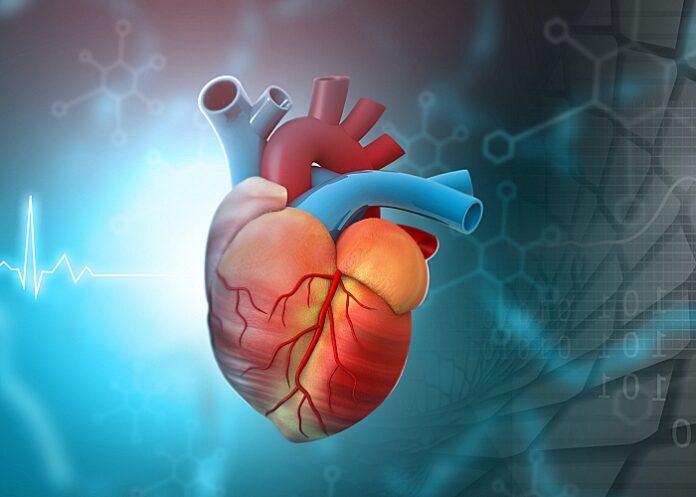 Aspirin use is associated with a 26% raised risk of heart failure in people with at least one predisposing factor for the condition. That's the finding of a study published in ESC Heart Failure, a journal of the European Society of Cardiology (ESC). Predisposing factors included smoking, obesity, high blood pressure, high cholesterol, diabetes, and cardiovascular disease.

“This is the first study to report that among individuals with a least one risk factor for heart failure, those taking aspirin were more likely to subsequently develop the condition than those not using the medication,” said study author Dr Blerim Mujaj of the University of Freiburg, Germany.

“While the findings require confirmation, they do indicate that the potential link between aspirin and heart failure needs to be clarified.”

The influence of aspirin on heart failure is controversial. This study aimed to evaluate its relationship with heart failure incidence in people with and without heart disease and assess whether using the drug is related to a new heart failure diagnosis in those at risk.

The analysis included 30,827 individuals at risk for developing heart failure who were enrolled from Western Europe and the US into the HOMAGE study. “At risk” was defined as one or more of the following: smoking, obesity, high blood pressure, high cholesterol, diabetes and cardiovascular disease. Participants were aged 40 and older, and free of heart failure at baseline. Aspirin use was recorded at enrolment and participants were classified as users or non-users. Participants were followed-up for the first incidence of fatal or non-fatal heart failure requiring hospitalisation.

The average age of participants was 67 years and 34% were women. At baseline, a total of 7,698 participants (25%) were taking aspirin. During the 5.3-year follow-up, 1,330 participants developed heart failure.

To check the consistency of the results, the researchers repeated the analysis after matching aspirin users and non-users for heart failure risk factors. In this matched analysis, aspirin was associated with a 26% raised risk of a new heart failure diagnosis. To check the results further, the analysis was repeated after excluding patients with a history of cardiovascular disease. In 22,690 participants (74%) free of cardiovascular disease, aspirin use was associated with a 27% increased risk of incident heart failure.

Mujaj said: “This was the first large study to investigate the relationship between aspirin use and incident heart failure in individuals with and without heart disease and at least one risk factor. Aspirin is commonly used: in our study one in four were taking the medication. In this population, aspirin use was associated with incident heart failure, independent of other risk factors.”

Large multinational randomised trials in adults at risk for heart failure were needed to verify these results, he added. “Until then, our observations suggest that aspirin should be prescribed with caution in those with heart failure or with risk factors for the condition.”

Aims
Recent trials evaluating the effect of aspirin in the primary prevention of cardiovascular disease showed little or no benefit. However, the role of aspirin on the risk of incident heart failure (HF) remains elusive. This study aimed to evaluate the role of aspirin use on HF incidence in primary and secondary prevention and whether aspirin use increases the risk of incident HF in patients at risk.

Conclusions
In patients, at risk, aspirin use was associated with incident HF, independent of other risk factors. In the absence of conclusive trial evidence, our observations suggest that aspirins should be prescribed with caution in patients at risk of HF or having HF.

Canadian review: Aspirin not recommended for those not at risk of CVD

Facebook
Twitter
WhatsApp
Linkedin
Email
Previous articleState of play with Omicron – The discovery, the spread, the politics, and the science
Next articleDosing, administering medical cannabis for chronic pain – Recommendations