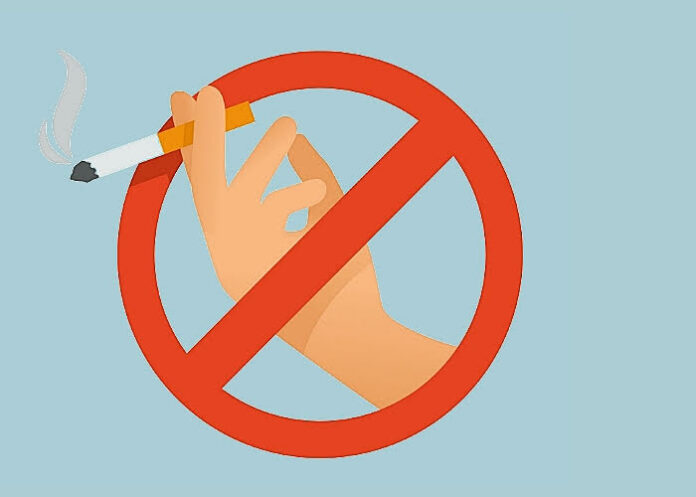 Stopping smoking at or around the time of being diagnosed with lung cancer conferred a significant – nearly 30% – survival benefit for patients, according to the results of a meta-analysis by researchers in Italy published in the Journal of Thoracic Oncology.

The researchers suggested that treating physicians should educate lung cancer patients on the benefits of smoking cessation even after diagnosis and provide them with necessary support, wrote Ryan Lawrence for the health news, information and education service Healio on 7 January 2022.

“It is really never too late to quit. Critically, this is a message for the patients, and for doctors as well,” Dr Saverio Caini, senior medical epidemiologist at Institute for Cancer Research, Prevention and Clinical Network (ISPRO) in Italy, told Healio.

Other researchers are from the University of Florence, Azienda Ospedaliero-Universitaria Careggi in Florence, and the European Institute of Oncology in Milan.

“Even if they are diagnosed with lung cancer, they can raise their chance to survive quite a lot by quitting smoking as soon as possible. Actually, we recommend that smoking cessation programmes become fully integrated into multidisciplinary cancer care.”

Caini and colleagues pursued avenues to increase the chances of survival for patients with lung cancer because, despite advances in immunotherapy, lung cancer on average is associated with a worse prognosis than many other cancers.

“Everyone knows that smoking is a risk factor for lung cancer, and many [patients with lung cancer] are diagnosed when they are still active smokers,” Caini said. “Despite this, there was no certainty on whether (and how much) stopping smoking after diagnosis could improve survival.”

The meta-analysis included 21 articles published between 1980 and October 2021 on the effect of smoking cessation at or around the time of diagnosis among a total of 10,938 patients with lung cancer, Healio reported.

The researchers were surprised by how few studies could be included. They used random effect meta-analysis models to pool study-specific data into summary relative risk [SRR] and corresponding confidence intervals.

Results showed patients who quit smoking after diagnosis had a 29% improvement in OS compared with patients who continued to smoke after their diagnosis (SRR = 0.71; 95% CI, 0.64-0.8).

Caini and colleagues were surprised by the magnitude of the effect, according to Healio.

“A 20% to 30% reduction in the risk of dying for those who quit post-diagnosis to those who continue is huge because it falls in the range of the survival benefit that chemotherapy and immunotherapy bring to [patients with cancer],” Caini said.

“We believe that not all doctors and health professionals are aware that smoking cessation – an intervention tolerable by everyone, with practically no adverse effects and costless – can produce such a big benefit for people with a disease as severe as lung cancer.”

Quitting smoking at or around diagnosis improves the overall survival of lung cancer patients: a systematic review and meta-analysis

Author affiliations: Institute for Cancer Research, Prevention and Clinical Network (ISPRO) in Florence, Italy; University of Florence;  Azienda Ospedaliero-Universitaria Careggi in Florence; and the European Institute of Oncology at IRCCS in Milan.

Published in the Journal of Thoracic Oncology on 4 January 2022.

Lung cancer (LC) remains a disease with poor prognosis despite recent advances in treatments. Here, we aimed at summarising the current scientific evidence on whether quitting smoking at or around diagnosis has a beneficial effect on the survival of LC patients.

We searched MEDLINE and EMBASE for articles published until 31 October 2021, that quantified the impact on LC patients’ survival of quitting smoking at or around diagnosis or during treatment. Study-specific data were pooled into summary relative risk (SRR) and corresponding 95% confidence intervals (CI) using random effect meta-analysis models.

Twenty-one articles published between 1980 and 2021 were included, which encompassed a total of more than 10,000 LC patients. There was substantial variability across studies in terms of design, patients’ characteristics, treatments received, criteria used to define smoking status (quitters/continued) and duration of follow-up.

Quitting smoking at or around diagnosis is associated with a beneficial effect on the survival of LC patients. Treating physicians should educate LC patients about the benefits of quitting smoking even after diagnosis and provide them with the necessary smoking cessation support.

Journal of Thoracic Oncology article – Quitting smoking at or around diagnosis improves the overall survival of lung cancer patients: a systematic review and meta-analysis (Open access)