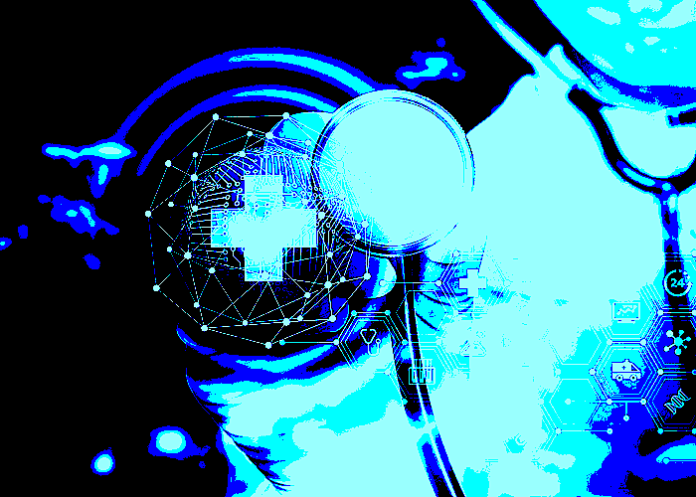 That the Minister of Health is vested with excessive powers is a central concern of many submissions on the proposed National Health Insurance Bill, including supporters such as the SA Human Rights Commission (SAHRC). An exhaustive analysis by experts in health, law and economics, published in the SA Medical Journal, urges Parliament’s Portfolio Committee on Health to amend the Bill to limit the Minister’s powers.

“Broader governance failures in the country and recent events regarding improprieties related to the conduct of the MoH have served to heighten these concerns,” write the researchers from the SA Medical Research Council, the University of Cape Town, and the Clinton Health Access Initiative. “Given the scale of the NHI reforms, the approach taken by the PCH in responding to the legitimate concerns raised will have a profound impact not only on the future health system but also on the broader trajectory of social, societal and economic wellbeing.”

They pointed out that the SAHRC was concerned that the NHI’s proposed governance structure concentrates power in the Minister's hands. It did so by making the Board accountable to the Minister and giving the Minister powers to appoint and remove members of the Board or dissolve the entire Board.

SAHRC noted that the proposed governance structure concentrates power in the MoH, lacks separation between the political and operational spheres, weakens the role of the Board, and does not adequately ensure its independence. The SAHRC also raised concerns regarding the relationship between the CEO of the Fund and the MoH, even though the CEO is accountable to the Board.

The Board of Healthcare Funders (BHF) argued that “the Bill gives the Minister the power to potentially veto every significant decision that the board can make. This means that the board cannot be held accountable for its decisions. This is contrary to well-established principles of corporate governance. The board must not be able to escape accountability because of a decision by the Minister.”

The Public Health Association of South Africa (PHASA) pointed out that “The Bill establishes the Fund as a Schedule 3A autonomous public entity, yet the powers of the Minister are heavily concentrated throughout the structure of the Fund, likely undermining its autonomy. The Bill provides for significant centralisation of decision-making power with the Minister, including for very technical issues, raising the question of accountability and transparency.”

The Portfolio Committee on Health had three options, write the authors: (i) pass the Bill unchanged or with only minor amendments; (ii) make substantive amendments to address the concerns raised; or (iii) reject the Bill.

The proposed amendments can be grouped into three categories: (i) those calling for Fund reporting and accountability to shift from the MoH to Parliament; (ii) those accepting that the Fund and Board have to account and report to the MoH, but call for amendments to limit the manner and extent to which the MoH can exercise the vested powers; and (iii) those that call for the Board appointment/ removal processes to be reviewed.

Changing accountability from the MoH to Parliament

A number of respondents, such as those from Stellenbosch University (SU), the University of Cape Town (UCT), the Dullah Omar Institute and the Cancer Association of SA, proposed this shift.

SU said the extensive powers assigned to the MoH “may undermine the purpose and effective implementation and independent functioning of the Fund”and proposes that “the Fund reports to Parliament and that the minister’s powers are reduced”.

The Dullah Omar Institute said: “Parliament is the constitutional site for public involvement” and consequently “must play a bigger role in the NHI than currently envisaged”.

The recommendation to shift accountability to Parliament would pose challenges for the PCH. Section 9 of the Bill establishes the Fund as “as an autonomous public entity, as contained in Schedule 3A to the Public Finance Management Act”.

By law, schedule 3A public entities are accountable to the relevant executive authority, which in the case of the Fund is the MoH. The Fund can therefore not be made accountable to or report directly to Parliament.

NHI is not being established as an entity to safeguard democracy, and it would therefore be difficult to justify Chapter 9 status. Shifting reporting and accountability lines to Parliament would require a significant change in the constitution and objectives of the Fund, requiring further public participation and comment.

This approach would also negate the lengthy process of engagement, drafting and re-drafting initiated with the release of the Green Paper on NHI in 2011 and probably cause discord among supporters of the Bill. The PCH would also need to consider the effectiveness of this approach.

Direct parliamentary oversight of public organisations like Eskom, the SABC, Telkom, the Public Protector’s office and SARS has proved to be inefficient and/or ineffective. Parliament has been slow to act, unable to decide on or effect the corrective measures required in these organisations.

Respondents like the PHASA, the BHF, the Free Market Foundation and Business Unity South Africa (BUSA), proposed this shift. The PHASA argued that the duty of governance and stewardship of the Fund should be assigned to the Board and where relevant, to the CEO.

They point out that “while Section 19 indicates that a transparent and competitive process will be undertaken to appoint the CEO, this indicates that the Board, which was appointed by the minister, will conduct interviews and that the minister will approve the recommendation of the Board … this represents a potential conflict of interest, with the Minister having excessive influence, and could undermine the autonomy of the CEO”.

Others, like the BHF, wanted a review of the rules, saying: “The board …. must be autonomous and independent of political influence. The board must have complete authority over and responsibility for the Fund. The board must run the Fund – not the Minister.”

They further argued that “it [the Fund] is accountable to the minister under the Public Finance Management Act (PFMA) but this does not mean it should have to obtain the minister’s input on every decision it makes”.

The BHF proposed three levels of accountability for the Fund: to Parliament at a macro level, to the MoH in accordance with the PFMA, and to the Prudential Authority for financial institutions created by the Financial Institutions Regulation Act 9 of 2017, which is based in the Reserve Bank.

The potential for the PCH to amend the Bill to devolve more power to the Fund is greater and more feasible, as these changes could be made by relatively minor wording changes to the Bill. At a high level, it would make sense that direct accountability to the MoH be retained on issues related to policy formulation (political governance), but that amendments be considered for clauses related to operation and administration (Board governance). Treasury’s Annual Report Guide for Schedule 3 and 3c Public Entities[20] could be used to guide this demarcation of powers. Section 52 makes provision for the Minister to delegate functions to the Fund.

The third group of proposed amendments focuses on reviewing the appointment processes for Fund office bearers (CEO, Board, Advisory and Appeals committees, etc.). Among others, the SAHRC, the BHF, the PHASA, SU, UCT, the FFM and BUSA proposed these amendments.

The BHF says the Board should be appointed by Parliament and not the MoH, as this would guarantee a more open and democratic process. It was suggested that to avoid a conflict of interest, the Board’s ministerial representative should not be allowed to be chairperson or deputy chairperson, and committees should be appointed by the MoH in consultation with Parliament.

BUSA has argued that “The appointment of the Board should include assurances of independence, transparency and relevant technical expertise independently adjudicated. The sheer size and significance of this fund, once fully implemented, warrants dual accountability to both the Minister of Health and Minister of Finance. Both should have a representative on the Board.’

BUSA further argued for the chairs of the Board and the various committees to be appointed by their members rather than the MoH, and for the discretion of the MoH in the appointment of committee members to be reduced. The PHASA has called for amendments to the process for appointing the CEO, arguing that “mechanisms should be specified beyond the public interview process to ensure that appointments are not politically motivated, and there should be an open process of appointment, such as that used for appointing the SARS commissioner”.

They further suggest that the CEO’s appointment be confirmed at a higher level, either by Parliament or by the Presidency.

The authors writes that a common omission in the discussion on Universal Health Coverage is the need for strong and robust governance structures. “Institutional structures and governance have a direct impact on quality of care: when they are weak, not only does quality drop but health service delivery fails, and this can ultimately determine whether reforms succeed.

“Given the broader constraints within which the amendments would have to be made, there is limited scope for the PCH to address concerns regarding the powers of the MoH by shifting accountability and reporting lines directly to Parliament, as has been recommended by some stakeholders. However, the scope to amend the Bill to devolve more power to the Fund, constrain the MoH’s power and/ or amend the process for appointments/removals is greater and more feasible, as these changes could be made by relatively minor wording changes to the Bill.”