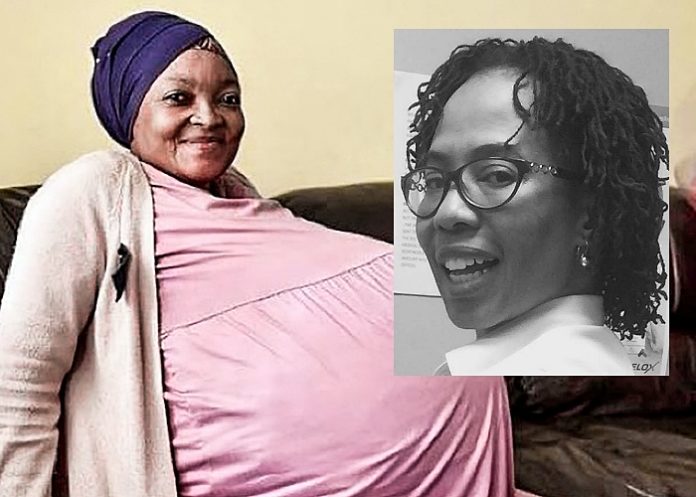 The Pretoria “obstetrician/gynaecologist” who claimed to have examined the mother of the yet-to-be-seen 'Tembisa 10' decuplets, Gosiame Sithole, is neither a gynaecologist nor an obstetrician, writes MedicalBrief. The credibility of last week’s public presentation of the evidence has been further dented by an internal Independent Media Group investigation that describes the story as a “hoax”.

Last Wednesday, Independent Media Groupʼs boss Iqbal Survé held a press briefing alongside Dr Mpho Pooe, where he revealed that an internal investigation had confirmed that the 10 babies were born. Two of the babies had died and the other eight were “trafficked” through a syndicate allegedly involving government officials and various hospitals, he claimed. He made no mention of the negative findings of Independent’s own investigation.

During the briefing, Pooe was introduced as a gynaecologist and obstetrician. However, the Colleges of Medicine of South Africa (CMSA) has rejected her claims. “Records confirm Dr Mpho Pooe has not qualified as an gynaecologist and obstetrician, as per CMSA requirements,” clinicians at the Steve Biko Academic and Tembisa Hospitals said in a statement.

MedicalBrief found that Pooe is listed as a gynaecologist and obstetrician on several websites that put the public in contact with practitioners.

Meanwhile, the Health Professionals Council of South Africa (HPCSA) has since launched an investigation into Pooe for “misrepresenting her qualifications”. “Dr Pooe is in general practice and has no additional qualifications recorded with the council. She is not on the HPCSA register as a trained obstetrician and gynaecologist,” SAID HPCSA spokesperson Christopher Tsatsawane.

According to the HPCSA register of healthcare workers, Pooe graduated with a Bachelor of Medicine and Bachelor of Surgery (MB, ChB) from the Sefako Makgatho Health Science University, which was then known as the Medical University of South Africa (Medunsa), in 2003. Pooe opened an independent practice in 2006.

The decuplets scandal first made headlines in June when the now-widely discredited story, published by Pretoria News editor Piet Rampedi, claimed Sithole had given birth to 10 babies in what would have been a new Guinness World Record.

Despite Independent Mediaʼs reputation at stake, Survé and Rampedi stand by the story to this day.

Daily Maverick has since revealed that Independent Mediaʼs internal report on the decuplets, on 5 July 2021, found that it was a hoax.

Independent Mediaʼs Group ombud also recommended that: “The Pretoria News, IOL and the other titles in the group that picked up the syndicated story of the decuplets publish a full apology to all readers with an accompanying explanation of how a hoax story ended up being published.”

Four panel members considered the matter on behalf of Independent’s Group Ombud: Moegsien Williams, Zama Mkhize, Yogin Devan and Verlie Oosthuizen were tasked with assessing complaints laid about the decuplets story by veteran journalist Zubeida Jaffer, former Independent group editor Ryland Fisher and Dr Alex de la Rouviere. Jaffer – supported by Fisher – said that “as a subscriber to the Cape Times she had expected an apology to be published about the unsubstantiated decuplets story”. As a professional journalist, Jaffer said she was concerned that the matter had "damaged the reputation of Independent News Media and the profession of journalism".

The findings of the four panellists were unanimously scathing, adds DM. Williams, a former Independent editor, questioned: “Why was the main headline on a world exclusive story about a mother giving birth to decuplets angled on an appeal for donations?” It was a view supported by Oosthuizen. Williams continued: “Why would a ‘feel-good story’ of about 20 paragraphs contain 13 references to appeals for donations in cash and kind, as well as two graphics containing bank account numbers of Sithole and (the decuplets’ alleged father) Tsoetsi and drop-off details for donations?”

After Survéʼs briefing on Wednesday, the Gauteng government decided to go the legal route against Independent Media and Rampedi.

The provincial government maintained its stance that there was no record of the delivery of decuplets at the Steve Biko Academic Hospital or any other in the province.

The decuplets have yet to make a public appearance, with even their relatives questioning their existence.

News24 reports that the spokesperson for the Louis Pasteur Hospital in Pretoria, Michael Sadiki, confirmed Pooe had a practice at its facility. “From what we have, she is registered as a general practitioner with a special interest in obs and gynae. She's not a gynaecologist. Usually, a special interest means GPs choose to do more services relating to gynaecological work.”

The hospital's website lists Pooe under its obstetrician and gynaecologist page. Sadiki said: "She is an independent doctor. She is not employed by Louis Pasteur. Usually, what happens with independent practitioners is that they would pay rental – not even directly to the hospital." He said the hospital would look into what action to take against Pooe.

In yet another twist to the saga, the Gauteng government has said it will take Independent Media to court for exposing conditions to which patients were allegedly exposed at some of its hospitals, saying it wants to protect the integrity of all government officials as well as that of public institutions. However, according to a report in The Star, it did not say a word about protecting patients.

Survé said that alone demonstrated it did not care about the well-being of its patients. “You must be the most uncaring government in the world . . . being told about the suffering of your citizens at your hospitals, and your first instinct . . .  taking us to court to stop us from speaking up when we discover and report wrongdoing by government institutions. Well, bring it on. We stand by our exposé,” he said.

Independent Media’s investigations unit reported having seen a report outlining gross medical negligence at Tembisa Provincial Tertiary Hospital that resulted in the apparently avoidable death of a patient. The report stated that different reports corroborated the findings of the Health Ombud and investigator that the patient’s care was not only substandard but also negligent.

While both the Health Ombud and investigator reported several findings of systems-related deficiencies, these were not sufficient to explain the extent and degree of substandard and negligent care provided, said The Star report.

Legalbrief notes the report makes no mention of Independent Media's report of the decuplets, which, in the face of criticism of the group's failure to provide proof of their existence, prompted Survé to order the investigation in the first place.