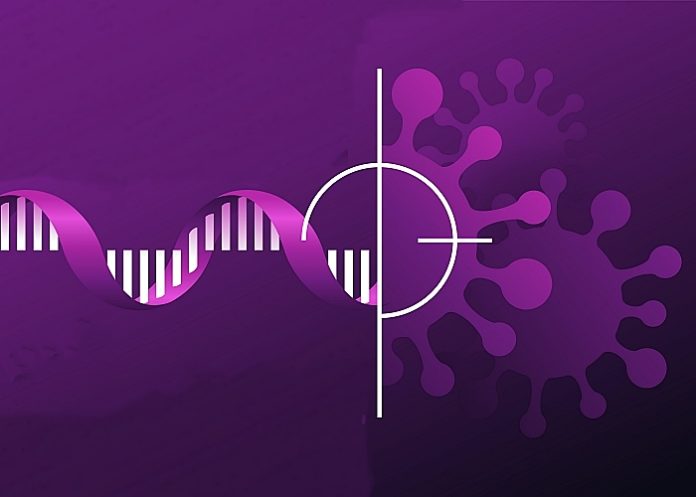 A nationwide analysis from the US Centers for Disease Control and Prevention (CDC) shows that mRNA COVID-19 vaccines are associated with significantly more immunity than a prior COVID-19 infection, reports MedicalBrief. Among adults over 65, vaccines were nearly 20 times more effective at preventing hospitalisations than prior infection alone.

A detailed analysis from the CDC, reviewing scores of research studies and its own unpublished data, found that both infection-induced and vaccine-induced immunity are durable for at least six months. However, vaccines are more consistent in their protection and offer a substantial boost in antibodies for people previously infected. Consequently, the CDC recommends that people who have been infected with the virus should still get vaccinated.

The research shows vaccination provides a “higher, more robust, and more consistent level of immunity to protect people from COVID-19 than infection alone”, the CDC said in a briefing document.

The CDC found that antibody levels vary widely from one individual to another after an infection, while noting that there is no test authorised by the US Food and Drug Administration that would enable doctors and the public to reliably measure an individual’s protection from disease. And although higher levels of neutralising antibodies generally signal higher protection, scientists don’t know precisely what level of antibodies will protect an individual.

The findings echo those of another CDC study that showed a higher level of protection from vaccines than from previous infection alone. Vaccinated patients hospitalised with Covid-like symptoms were less likely to test positive for the virus than those who had recovered months earlier from a coronavirus infection. In other words, the patients vaccinated against the coronavirus were more likely to have some illness other than Covid.

In the brief, CDC scientists evaluated more than 90 peer-reviewed studies and preprint publications to understand the level of protection against covid-19 in people who have immunity from prior infection and those with immunity from vaccines. For people who have been infected, multiple studies have shown that vaccination provides a boost in the immune response and further reduces the risk of a repeat infection.

“Although there appears to be varying evidence regarding the relative protection that occurs after surviving COVID-19 as compared with completing vaccination, there is substantial immunologic and increasing epidemiologic evidence that vaccination following infection further increases protection against subsequent illness among those who have been previously infected,” the CDC brief said.

Some strong supporters of vaccinations argue that vaccine policies could contemplate a kind of hybrid immunity, generated by a combination of infection and perhaps just one vaccine dose. France, Germany, Italy and Spain are among more than a dozen countries that recommend that people without underlying health conditions who have already been infected receive one dose of a vaccine if it comes in a two-shot regimen. But for most countries and the United States, the definition of fully vaccinated does not incorporate previous infection.

In the first study, the CDC’s Morbidity and Mortality Weekly Report (MMWR) described how researchers from the CDC’s VISION Network gathered data from more than 201,000 hospitalisations in nine states.

About 7,000 people in that group fit the criteria for this study. The research team analysed the number of unvaccinated individuals who had a positive COVID-19 test more than three months before being hospitalised for the virus as well as the number of people who received the Pfizer or Moderna vaccine and were not diagnosed with COVID before being admitted to hospital. The research team found that overall, unvaccinated adults with a previous COVID-19 infection were about five times more likely to be hospitalised than those who were vaccinated.

“These data provide powerful evidence that vaccinations offer superior protection against COVID-19 rather than relying on natural immunity alone,” said Dr Shaun Grannis, vice president for data and analytics at Regenstrief Institute and professor of family medicine at Indiana University School of Medicine. “Many people ask if they should get vaccinated if they’ve already been infected. This research shows the answer is yes.”

What is already known about this topic?
Previous infection with SARS-CoV-2 or COVID-19 vaccination can provide immunity and protection against subsequent SARS-CoV-2 infection and illness.
What is added by this report?
Among COVID-19–like illness hospitalisations among adults aged ≥18 years whose previous infection or vaccination occurred 90–179 days earlier, the adjusted odds of laboratory-confirmed COVID-19 among unvaccinated adults with previous SARS-CoV-2 infection were 5.49-fold higher than the odds among fully vaccinated recipients of an mRNA COVID-19 vaccine who had no previous documented infection (95% confidence interval = 2.75–10.99).
What are the implications for public health practice?
All eligible persons should be vaccinated against COVID-19 as soon as possible, including unvaccinated persons previously infected with SARS-CoV-2.

A systematic review and meta-analysis including data from three vaccine efficacy trials and four observational studies from the US, Israel, and the United Kingdom, found no significant difference in the overall level of protection provided by infection as compared with protection provided by vaccination; this included studies from both prior to and during the period in which Delta was the predominant variant. In this review, the randomised controlled trials appeared to show higher protection from mRNA vaccines whereas the observational studies appeared to show protection to be higher following infection.

A more recent analysis of data from a network of 187 hospitals in the United States found that, among more than 7,000 COVID-19–like illness hospitalisations whose prior infection or vaccination occurred 90–179 days beforehand, there was a 5.5 times higher odds of laboratory-confirmed COVID-19 among previously infected patients than among fully vaccinated patients. This study included data on persons more recently infected and/or vaccinated than the studies in the systematic review, though the authors noted one limitation of the design was the potential of missing testing that may have occurred outside of the healthcare network.
The Office of National Statistics in the United Kingdom used data from a large-scale longitudinal community survey of COVID-19 to compare the risk of infection among fully vaccinated, partially vaccinated, unvaccinated/previously infected, and unvaccinated/uninfected persons during two different periods 1) when Alpha was the predominant variant (December 2020–May 2021) and 2) when Delta was the predominant variant (May–August 2021).

Although there appears to be varying evidence regarding the relative protection that occurs after surviving COVID-19 as compared with completing vaccination, there is substantial immunologic and increasing epidemiologic evidence that vaccination following infection further increases protection against subsequent illness among those who have been previously infected.

There is clear evidence that neutralising antibody and memory B cell response elicited by a single dose of mRNA vaccine following previous infection with SARS-CoV-2 results in an increased antibody titer that is approximately equivalent to a two-dose vaccine regimen in individuals who were not previously infected. In one study of healthcare workers vaccinated 7–11 months after infection with SARS-CoV-2, antibody titers measured six days after their first vaccination dose were twice as high as the antibody titers measured the month after their initial infection, and were able to neutralise wild-type, Alpha, and Beta variants, irrespective of vaccine type, number of doses, or pre-vaccination antibody titers.

Risk of reinfection in unvaccinated vs. vaccinated individuals with a history of infection

More recent observational cohort studies including more than 700,000 health system users in Israel and more than 11,000 healthcare workers in India reported that history of prior infection provided greater protection from subsequent infection than vaccination alone, but overall risk of infection was lowest among those that were vaccinated following infection during periods of Delta predominance.

In the systematic review described above, a pooled analysis across seven studies showed a modest but significant increase in protection from infection when previously infected individuals were vaccinated.

COVID-19 reinfection twice as likely in the unvaccinated — CDC study