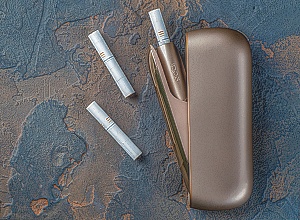 Research provides evidence that large numbers of smokers are switching to devices that deliver nicotine from tobacco through heat – rather than burn – thereby avoiding most of the health damage wreaked by combustion cigarettes. Experts told a webinar that scientifically substantiated smoke-free products could contribute significantly to improved public health outcomes.

For people who would  otherwise continue to smoke cigarettes PMI, as a tobacco company, “could make a positive difference by developing and scientifically assessing new smoke-free products that represent an acceptable alternative to continued smoking”.

The anti-Big Tobacco campaign continues at full swing, playing out in the media globally. Meanwhile, some big players in the tobacco industry have been shifting away from cigarettes with their deadly health impacts. While building extensive scientific capacity to develop tobacco harm reduction products, PMI last month announced that by 2025 its strategy is for smoke-free products to earn more than half of total revenues.

Product acceptance and use

Minimising tobacco-related harm through less damaging alternatives depends not only on the degree of a product’s risk reduction, but also its adoption by smokers, said Steve Roulet, Global Head Behavioural Research Insights. He described use of PMI’s tobacco heating system (THS).

“Looking at the population as a whole, to maximise public health benefit, smokers who would otherwise continue to smoke need to switch to those alternatives in big numbers while product initiation by non-smokers needs to be minimised,” he told the webinar.

Roulet used Japan as an example, because it has the highest prevalence of heated tobacco products in the world.

Data from the government’s National Health and Nutrition Survey show that while the trend in overall prevalence of tobacco use in Japan remains unchanged, the introduction of heated tobacco products – which in 2018 were measured for the first time separately from cigarettes – appears to have contributed to the accelerated decline in combustible cigarette smoking.

“In fact, Japan’s smoking rate is now among the lowest in the developed world,” Roulet said.

“In less than six years since the introduction of the product on the market, the THS was used by more than 17 million adult at the end of 2020. More than 70% of them have stopped smoking and switched to the THS. Similar conversion rates have been found in other countries where the PMI product is available.

“In conclusion, it appears that the THS has significant potential in transitioning cigarette smokers away from combustible tobacco use.”

The question of public health

“Can scientifically substantiated smoke-free products positively contribute to public health?” was the title and question of a presentation by Dr Mikael Franzon, Senior Global Scientific Advisor for PMI and a psychologist with a PhD in Neuroscience. He is convinced so.

The smoking literature mentions nicotine as one of the causes of harm from smoking, he said. “Nicotine is addictive and it is not risk free. However, leading authorities, including the US Food and Drug Administration (FDA) and United Kingdom Royal College of Physicians agree that nicotine, while addictive, is not the primary cause of smoking-related diseases.”

When tobacco is burned, physical and chemical reactions occur and more than 6,000 chemicals are emitted and inhaled – around 100 of them linked to smoking-related diseases.

While the past three decades have seen declines in smoking prevalence, the global population has been growing. “The combined effect is that there will be one billion smokers in 2025 – which is unchanged compared to the year 2010,” said Franzon.

To reduce population health harm, the alternatives to smoking must be scientifically proved to: avoid combustion and emit significantly fewer and lower levels of toxicants; and reduce exposure to toxicants in smokers who switch completely to alternative products compared to those who continue to smoke cigarettes.

“If we do nothing the status quo will continue. One billion people will continue to smoke cigarettes, and therefore the actual number of people at risk of developing smoking-related disease will also stay the same.”

There are two challenges to maximising the public health benefit, said Franzon. First, product risk reduction is a technological challenge, and second is a behavioural challenge. It is crucial to encourage smokers to switch completely and stick with it, and to minimise use by never-smokers, former smokers and young people.

Combustion only occurs when three main elements are combined: fuel, heat and oxygen. In cigarette combustion, the tobacco is the fuel. Combining it with oxygen and igniting the cigarette generates energy, smoke and ash.

“Several internationally recognised experts in combustion have looked at the data and have confirmed the absence of combustion in our tobacco heating system.”

The second important component for reduced risk products is reduced toxic emissions. As tobacco temperature rises, the generation of harmful and potentially harmful constituents – HPHCs – increases. “And they significantly go up once combustion begins in tobacco.”

By eliminating combustion, the aerosol generated by heating tobacco in reduced risk products is fundamentally different to tobacco smoke. “On average, it emits 90% to 95% less HPHCs compared to cigarette and no solid carbon-based nanoparticles.”

Several authorities have tested the product independent of PMI – including the FDA, the Japanese National Institute for Public Health and Public Health England. They have verified that lower levels of HPHCs are emitted when heating tobacco instead of burning it.

Third, it is necessary to evaluate whether reduced generation of HPHCs correlates to reduced exposure in smokers. While this seems obvious, Costantini continued, individuals use products differently. There are differences in how many times people use a product, and they can inhale shallow or deep, or long or short, among other variables.

Exposure to HPHCs was evaluated in several studies. Smokers were divided into three groups: the first one kept on smoking, the second stopped smoking during the study, and the third switched to the tobacco heating system. Over 90 days, the research measured participant exposure to 15 harmful chemicals such as carbon monoxide, acrolein, and nitrosamines.

“Exposure to carbon monoxide and acrolein, for example, was significantly reduced in those subjects switching to heated tobacco compared to those who kept smoking cigarettes, approaching to the values seen in those subjects who were in smoking abstinence.” The same was found for 15 different HPHCs evaluated in the study.

“This study shows that switching completely to our heating tobacco system achieves almost 95% reduction in exposure that is achieved by smoking abstinence.” Again, internationally recognised experts supported the findings, such us the FDA, the German Federal Institute for Risk Assessment and Public Health England.

Smoking-related diseases take a long time to develop, many variables are involved, and measuring any long-term effect will take decades, Costantini said. But it is possible to measure what happens along the disease pathway.

Toxicological assessment reveals how much damage to the body the aerosol from heated tobacco may cause compared to cigarette smoke, and if the damage is likely to activate biological mechanisms that may result in the onset of tobacco-related diseases.

Lab studies of mice showed that reduction in toxicity in reduced risk products compared to cigarette smoke is in line with the 90% to 95% reduction in toxic emissions, and less disease development and progression.

A clinical study was undertaken of 984 adult healthy smokers not willing to quit, who were randomly assigned to one of two arms: one arm kept smoking cigarettes and another switched to heated tobacco.

“The totality of the available evidence today strongly indicates that switching to a heated tobacco system, although it is not risk free, is a much better alternative than continuing to smoke for those adult smokers who otherwise would keep smoking.”