Debate continues over SA's ditching of the AstraZeneca vaccine 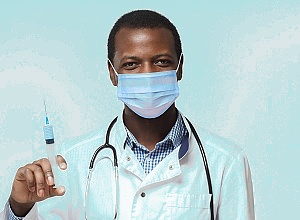 Despite a national Health Department statement this week that the on-selling of South Africa's Oxford-AstraZeneca vaccine stocks is virtually concluded, debate continues among experts over the wisdom of the move, writes MedicalBrief.

South Africa decided not to use the AstraZeneca product shortly after procuring it at considerably above its European Union-procured price over concerns that it would not be efficacious against the latest variants. There has been pushback against the decision, reported in previous editions of MedicalBrief, led by Prof Shabir Madhi, Medical Research Council vaccinologist and principle investigator in the Oxford-AstraZeneca vaccine trial locally. Madhi urged the Health Department not to abandon the vaccine but to make immediate strategic use of it among high-risk groups before it expired.

Chris Bateman, writing in Daily Maverick, reports that Madhi is backed by Professor Francois Venter, deputy executive director of the Wits Reproductive Health Institute and an HIV/Aids research and treatment veteran, who asked: “Why are we sending away 1.5m (AstraZeneca) vaccines, and on what basis – the bottom line is we could have vaccinated 1m vulnerable people? All the rest is just nonsense. There are enough vulnerable people to have rolled this out urgently.”

Daily Maverick had learnt from a top government source that South African regulatory issues have been delaying the finalisation of the 1.5m Astra-Zeneca doses via international sale – which is at the high price the government paid for it. “It’s a demand issue – when there’s a shortage in the market, people take it at whatever price they can get it for,” the source explained.

All 1.5m doses were to be sold (no longer keeping back 100,000 vials for local research), probably by Friday 19 March. Another impeccable source said MTN had offered to buy the entire consignment on behalf of the AU, but this could not be confirmed at the time of going to press.

“It’s not about money or political will, it’s about contractual terms and negotiating the best deal for the country. It seems we’re damned if we do (sell) and damned don’t (use it),” the source added.

Mahdi’s contention is that with other broader trials of AstraZeneca elsewhere in the world showing vastly greater efficacy against moderate to severe disease (other variants) and the World Health Organisation, now rolling it out across Africa via the COVAX initiative, it’s reasonable to depart from a hard and fast local, evidence-based approach.

He says the vaccine is completely safe and can be topped up with a second, different vaccine without causing any harm. Existing South African data on healthcare worker infection and mortality from COVID-19 from between March and November last year show that 6.8% of all public healthcare workers were infected (35,145), and 340 died.

Madhi emphasises that the two-shot AstraZeneca vaccine would initially only be targeted at frontline healthcare workers rendered vulnerable by their co-morbidities – in the absence of sufficiently available, but proven, Johnson & Johnson doses. The government source said while sufficient J&J supplies were “locked in”, scheduling difficulties were causing the slow inflow.

Madhi believes the probability of the AstraZeneca vaccine saving the lives of co-morbid healthcare workers would be very high, given the WHO endorsing its use and neighbouring countries like Lesotho and Swaziland rolling it out. He adds that the N501.V2 variant first identified in South Africa has spread throughout the continent.

His team has begun urgent larger AstraZeneca vaccine trials in Botswana, with another trial about to begin in another SADC country, while awaiting an infection resurgence to enable hospitalised patients to be enrolled.

Madhi stressed: “The WHO recommends that the AstraZeneca vaccine be used in countries where the ‘SA’ variant circulates, because of the likelihood of it being able to protect against severe disease. That’s based on the body’s natural killer cells being largely spared in terms of the response, even with the mutation [variant]. This is what will probably protect you against severe disease.”

He believed the South African government was “naïve” to think the AU would purchase the AstraZeneca consignment from South Africa at anywhere near the four times higher price it paid – compared to what COVAX was offering them, which probably explains the reported philanthropic intervention of MTN.

“The bottom line is that it’s a toss-up between leaving high-risk groups unvaccinated and some of the population benefitting from a vaccine that even the WHO believes is protective. I have no idea what goes into the thinking in keeping so many people unvaccinated and unprotected as against taking a chance with AstraZeneca, which is perfectly safe and can be topped up with another vaccine later to get greater efficacy.”

Daily Maverick quotes Madhi as saying: “If you can get the J&J dose, I’d certainly take it – it’s a no- brainer. My point is that we can’t test another million doses of J&J – we don’t have them – but we do have the AZ doses.”

Bateman writes that in South African scientific circles however, debate around Madhi and Venter’s urgent plea has sprung up, with strong views about the global scientific data, the local variant and healthcare ethics.

Professor Helen Rees, CEO of the SA Health Products Regulatory Authority (Sahpra) and founder of the Wits Reproductive Health and HIV Institute, said the issue was not about safety but about whether the AstraZeneca vaccine worked. “The question is can we generate better data [on the vaccine], or will the public not feel confident in any sort of study where we generate this going forward?”

She confirmed that there was UK evidence of the AstraZeneca vaccine being highly effective against a different variant there, adding, “but we don’t have data here [on the local variant]”.

TimesLIVE reports that Professor Linda-Gail Bekker, co-principal investigator on the Johnson & Johnson COVID-19 vaccine implementation study, said there is no new data to support a rollout of AstraZeneca in South Africa. "The problem is not that the data pushes you (not to use the vaccine). The problem is that we don't have data to push us in a positive direction," she said.

On the contention that the AstraZeneca vaccine should be rolled out in South Africa now, she said: "You could say to people, you choose: you can get it if you're willing to take the risk. The problem is that it could be a zero-sum game. If you have risk disinhibition, in other words, people take AstraZeneca and then don't wear masks and go to party, then you actually do harm. That is where I would have reason to pause."

TimesLIVE also reports that the Health Department has denied reports that the sale of a million doses of the AstraZeneca vaccine has hit a technical snag, insisting the sale is about to be finalised. Health deputy director-general Anban Pillay is quoted as saying the sale is going ahead. "Our negotiations with the Serum Institute of India for the sale to the AU have been concluded," he said. "We are in the final stages of the sale."

"There is an in-principle agreement with the AU and the relevant countries to purchase the vaccines. Given the sale is to multiple countries and each country has to sign off on the terms, (it) takes time … We anticipate that (the sale) will be done during the course of next week."

Pillay said South Africa is selling its AstraZeneca doses for the same price it paid for them.